The drums of war are rattling? ("Latvijas Avize", Latvia) 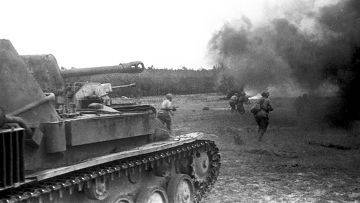 Ilya Ilf and Yevgeny Petrov in a satirical novel “The Golden Calf” described a fire in a communal apartment called “Voronya Slobodka”. Its inhabitants only said that there would be a fire in the apartment, so they hurried to protect themselves and slowly carried out valuable things. “The fate of the house was sealed. He could not burn. And indeed - at twelve o'clock at night he was engulfed in flames at the same time in six places, ”wrote Ilf and Petrov with characteristic humor.

It is not necessary to be an outstanding expert in black or white magic in order to know that events can be “told”. And therefore it becomes quite uncomfortable when from time to time predictions are heard about the almost inevitable war between the West and Russia. Well-known experts speak about this (for example, Garry Kasparov, Zbigniew Brzezinski), in a recent interview with Latvijas Avīze this opinion was also expressed by businessman Vilis Vitols. In turn, in the Russian media since the beginning of the Ukrainian conflict there are headlines - "This is the beginning of the Third World War."

It seems that in the West, especially in Europe, they no longer understand what it really means - war. Three generations grew up without war, and the latter is more likely to be associated with a computer game. A similar spiritual situation reigned in Europe a hundred years ago at the beginning of the First World War. On the streets of Berlin, Vienna, London, Paris, St. Petersburg and Riga, people happily embraced when they heard the cries of the boys selling newspapers: “War! The war has begun! ” The first Latvian riflemen were escorted to the front, as if on a romantic walk, the mood of euphoria prevailed among the people: “We throw these Fritz hats!”.

In most Western countries, they switched to a professional army. If you want to fight - this is your free choice, your “bread”, I pay my taxes for it. A professional army has many advantages, but there are some disadvantages. If a young man cannot wake up in time in the morning, and before leaving home he forgets to make the bed (which they would surely have been pressured in the barracks) - this is not a big problem. Much more serious is the alienation of the people from their army.

It creates a frivolous atmosphere in which politicians are tempted to "play around" with the war. Former British Prime Minister Tony Blair recently apologized to the American television channel CNN for starting the war in Iraq: “Then we didn’t realize what this would lead to. Everyone who had a hand in the Iraq war is responsible for the current events in the Middle East. ” Recall that the invasion of Iraq was supported by the then ruling coalition of Latvia. The consequences we are feeling today are quite real: more than a million dead, destabilization of the whole region, the civil war in Syria, the formation of the disgusting "Islamic State" and the refugees are now at the door of Latvia.

In Europe, there is a kind of dissociation from the ideas of militarism, but in Russia something is emerging like a new religion, a new cult, in the center of which is the Armed Forces. For about fifteen years (more precisely, since Vladimir Putin came to power), the Russian state-controlled media has been very thoughtful, sophisticated and, it must be admitted, successful propaganda, in which the army is portrayed as a defender, a unifier of the people, a keeper of stories, national spirit, etc. In numerous films, soldiers, a war veteran, or an officer with a family, are fighting evil — the mafia, corrupt officials, and simply wins against ill-wishers. St. Andrew’s flag and St. George ribbon became more popular symbols than the three-color state standard. Now in Russia, the biggest competitions for admission are not in prestigious universities, but in cadet corps. Putin often quotes the words of Alexander III that Russia has only two allies - the army and the navy.

In general, it seems that the world began to play with fire, in some places it is conscious, and in some places because of ignorance or childish innocence. A small consolation: an article by a certain military analyst came across the Internet who asserts: in the event of a nuclear war, the potential targets of Russia will most likely be not the capitals of the Baltic states, but Warsaw ...