Syrian army, with the support of the VKS, rejected the Islamists from Latakia

November 9 2015
61
Syrian army units together with the militia and with the support of the Russian aviation occupied the village of Gmam, located 25 km north-east of Latakia, the correspondent reports from the scene RIA News. 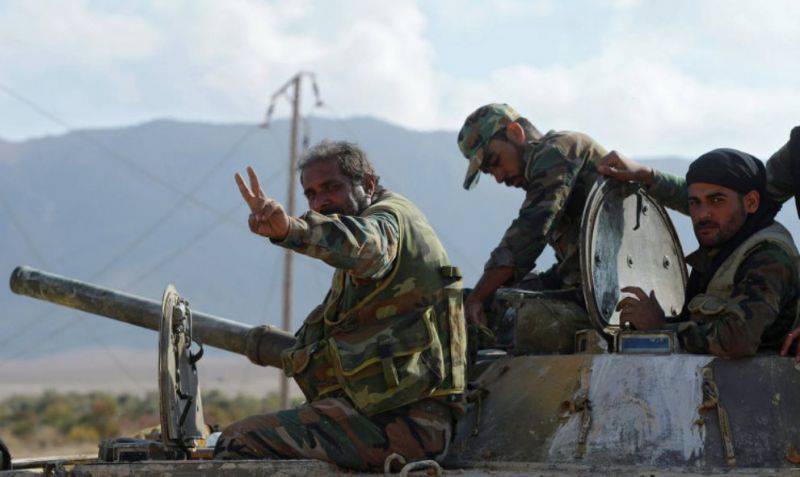 The village of Gmam is of strategic importance: the militants in it controlled the road leading to the Turkish border and the Syrian city of Jisr al-Shugu. In addition, shelling of the city of Latakia was carried out from this village.

According to the representative of the Syrian command, “the capture of the village was complicated by deep tunnels dug by militants in its vicinity, but the Russian strike aircraft with the help of powerful 250-kilogram air bombs managed to cause noticeable damage to the fortifications of terrorists.” Islamist artillery also suffered from air strikes.

“When attacking an army village, the fighters of the local self-defense forces helped a lot - these are local residents who know every road in the district,” the Syrian general said.

Now in the village is the army artillery, which is shelling the slope of a neighboring mountain and a hollow between the mountains, where the militants are.

“The village of Dygmashli is located in the hollow, less than a kilometer from Gmam, now the militants' snipers are there. We are firing at them and are preparing to knock them out of Dygmashli, ”said the representative of the Syrian army.

Ctrl Enter
Noticed oshЫbku Highlight text and press. Ctrl + Enter
We are
ARMY-2016. Cluster VCS. Part of 2. Space is space!Reports from the militia of New Russia for 13-14 September 2014 of the year
Military Reviewin Yandex News
Military Reviewin Google News
61 comment
Information
Dear reader, to leave comments on the publication, you must to register.