November 10 2015
49
The translation of the material that the European Union threatens to fall into oil dependence on Saudi Arabia. 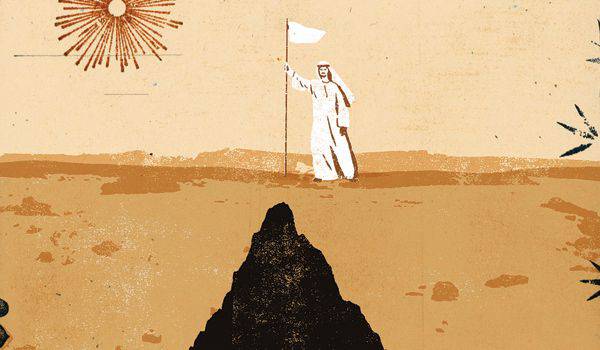 Recently, a cargo of Saudi Aramco crude arrived at the Naftoport terminal located in the Polish city of Gdansk. Well, in this very fact there is nothing remarkable. After all, the terminal’s shipping capacity is 34 million tons of crude oil per year.

However, at first glance, “it seems to me, Louis, this is the beginning of a wonderful friendship” between the European Union and Saudi oil suppliers - the price of the deal is very tempting. Just do not forget where there is usually free cheese.

Here it is necessary to take a closer look at the supplier. Saudi Arabia is the largest state on the Arabian Peninsula with enormous oil reserves. The SA economy is based on the oil industry. One wants to ask: where have you been before?

However, this question disappears by itself when it suddenly turns out that Saudi Arabia has already ceased to be one of the most prosperous countries in the world. Thus, according to the IMF report, this year the kingdom expects a “budget deficit of more than 20% of gross domestic product,” estimated at 100-150 billion dollars (calculated by the Daily Mail). The report also contains another advice to diversify the sources of budget replenishment and stop relying only on the oil industry. 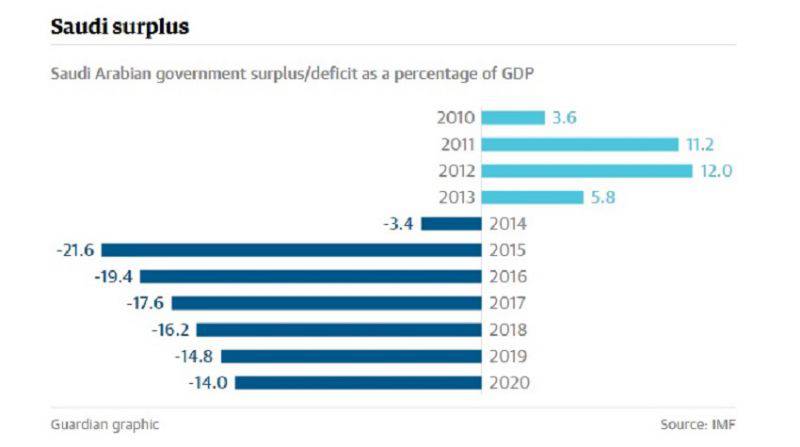 This is not the first such recommendation. We have already heard about plans to build so-called “economic cities”. But so far, exports of petroleum products account for 75% of budget revenues and about 90% of total government exports. And therefore, with the current decline in oil prices, the IMF, and after it economists of all mainstream publications starting with AlJazeera and ending with Business Insider, began to predict the CA inevitable bankruptcy in the next five years.

In addition, a more complete collection of media accusations of supporting terrorists and Zionism was collected except for the United States and Israel. It has recently turned out that SA also sells oil produced in the Syrian field seized by ISIS. So there is no guarantee that the oil arriving in Gdansk is not mixed up with Syrian blood.

However, this is already from the category of moral dilemmas, with which most politicians do not clog their heads. Much more important is the economic effect of such, at first glance, profitable deals for Europe. Everyone already understood that, stubbornly unwilling to work on expanding the scope of activities, Saudi Arabia will continue to exist at the expense of its own and neighboring natural resources. It is quite logical that with the current transition of the oil economy from “conserved” high prices to an increase in the share of products on the market, the strategy of Saudi Arabia is not to maintain its market share, but to increase it. Therefore, it is also looking for new markets, luring prices that are much lower than the cost of reference oil brands.

However, with deplorable forecasts and a tendency to further lower the price of Saudi oil, the legion of new buyers will not save either. They will not be able to afford to be dumped for a long time and will soon put their clients before the fact of changing the contractual conditions to much less favorable ones.

The probability of such an outcome is quite high. Suffice it to recall at least last year's scam of the British mobile operator O2, when 8 millions of its subscribers were faced with the fact of raising tariffs without the right to terminate contracts. Of course, such contracts for the supply of oil will be at a different level by more sophisticated people. However, in our time of fantastic legal proceedings, you can sue anything.

Unfortunately, in the current situation, the emerging Euro-Saudi oil novel is doomed. The beautiful Saudi prince on the Arabian steed will soon be a greedy gigolo. Make a predatory marriage contract behind the back of a trusting bride and tear off three skins instead of compensation, while we clutching our heads will look for loopholes for liberation from Saudi bondage.

"And happiness was so possible ..."

Ctrl Enter
Noticed oshЫbku Highlight text and press. Ctrl + Enter
We are
Iran in the Syrian conflict. The confrontation with Saudi Arabia and the interests of the ShiitesAir Force and Saudi Arabia
Military Reviewin Yandex News
Military Reviewin Google News
49 comments
Information
Dear reader, to leave comments on the publication, you must to register.