News Dubai Airshow-2015. Bahrain expressed interest in the possibility of supplying Russian Mi-35 helicopters. And what is Saudi Arabia interested in?

November 9 2015
75
During the Dubai Airshow-2015 international aerospace show held in the UAE, potential foreign customers expressed interest in acquiring a variety of funds aviation and air defense produced by Russian enterprises. So, representatives of Bahrain expressed interest in acquiring Mi-35 helicopters. RIA News cites the statement of the interlocutor of the agency:

The Rosoboronexport stand was visited by the delegation of the Bahrain Air Force, where they expressed interest in the Mi-35 helicopter (...) They received all the comprehensive advice on the technical characteristics and combat use of the helicopter. In general, the representatives of Bahrain expressed their desire to develop this topic in the future. 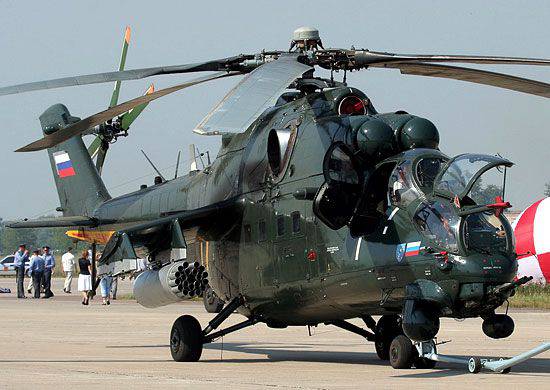 Will this theme be developed before signing contracts with Bahrain, representatives of Rosoboronexport have not yet reported.

Mi-35 - modernization of the Mi-24 helicopter. The helicopter is designed for fire support of ground forces during operations, destruction of enemy armored vehicles, as well as for evacuation activities. In addition, the helicopter is able to destroy some types of air targets and be used as an airborne transport vehicle.

The head of Rostec, Sergey Chemezov, noted that foreign representatives are showing interest in acquiring the latest air defense systems. In particular, we are talking about the interest of Saudi Arabia in the acquisition of C-400 "Triumph". It is emphasized that for the supply of such complexes Russia has signed a contract only with China.