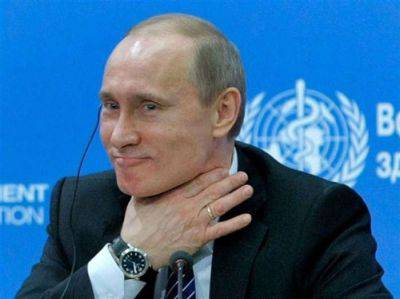 Somehow imperceptibly we formed this informal party, the banner of which was the hero of the defense of Slavyansk from Bandera Igor Strelkov. The latter circumstance forces to pay attention to it.


The position of this party is, in fact, that it puts forward claims to Moscow and Putin about myopic politics in Ukraine, the lack of determination to send troops to the south-eastern regions of Ukraine, historical New Russia, which, according to Putinslill, will have long-term negative consequences for Russia. It will lose these lands of its own, the Russian population will be fooled by them and anti-Russian, we will receive a hostile Bandera state and a bridgehead of the West on its southern borders.

At the same time, it was proposed to extend the “Crimean scenario” to Novorossia as an alternative policy, which allowed to reunite Crimea with Russia in the spring of 2014. By default, this party proceeds from the fact that Washington would have had to “swallow” and the “Novorossiysk scenario”, and everything would have been reduced, in general, “to today's confrontation, only Novorossiya, from Odessa to Kharkov, would be free from Bandera and have at least the "Abkhaz" status.

With this approach, it turns out that Novorossia was “merged” by Putin, fragments in the form of DNR and LC — nothing more than a pitiful remnant of it. Moreover, this situation, believes “Putinslil” for a long time ... Indeed, the bleak picture, that's just realistic?

Yes, the “Crimean” expectations of the Pitmen, who voted at the referendum in the “Russian Spring”, did not materialize. Perhaps, Moscow’s expectations were not met. After the "revolution of dignity", Bandera Kiev sent nationalist gangs under the guise of "friendship trains" to the south-east to establish Bandera's "terrible order" by killing activists and intimidating the rest.

And Europe fully supported such a clearly neo-fascist government in Kiev! This "fullness" was still unexpected. The APU in this dramatic situation did not split, which, in my opinion, was very much hoped for in Moscow, based on the Crimean experience. Bandera managed to partially strip, partially intimidate the officers of the Armed Forces of Ukraine.

Almost all of April, Moscow was analyzing the consequences of the deployment of troops, and at the end of the month the Federation Council revoked the permission to deploy troops. Russia did not spread the Crimean scenario to Donbass ...

Because the confrontation with Washington, and in general with the West, reached its apogee: the question of a big war in Europe was at stake, and Ukraine would become the main field of this war. With quite understandable consequences ... I remember well the alarm that was poured in the air in the summer of 2014: there was talk of “big war” in the media, important “sources” were talking about it, they were confirmed by the statements of world leaders. In Russia, there were exercises of entire military districts ...

The party “Putinslil” or really does not see this issue, they say, everything would have done and came to today's confrontation with the West, but would have reunited a sort of “big Crimea”. Or internally, she is ready for a hot "big war", that is, the war of Russia with Europe and America, and not with Bandera Kiev.

America also waited for Russian troops to enter Ukraine. American analytic hawks, like Brzezinski, talked about the inevitable war in Europe, in which the West would have to repel Russia's aggression in Ukraine. With the help of the Ukrainian army, with the support of the entire world community.

“As a result, we will have two destroyed economies: the Russian and the Ukrainian,” said Brzezinski, and kept silent that the European economy would also have been destroyed. Europe understood this well, and began to slow down the Americans, suggested the “Norman format”, with Russia, but without the Americans.

In Normandy, Moscow also took a step towards Europe, reaffirming the "integrity" of mainland Ukraine, which would not send troops to Ukraine, but Putin also said that he would not allow the Donbass to be suppressed by force. Thus began the hybrid, sanctions and information war between Russia and the West, under the umbrella of the “Norman” negotiation format with the tacit assistance of Russia to Donbas. By doing this, Moscow balanced both official and tacit aid from the West to Bandera. Heavy fighting in the Donbass, in the end, ended with the Minsk agreements. Putin kept his word, Donbass resisted.

In my opinion, the Minsk Agreements, which consolidated the status of the DPR and LPR, resemble the “Brest Peace”, which Lenin called “obscene”, but a step in the right direction, because he foresaw the German revolution, which would make the Brest Agreement with the Germans invalid. So it happened.

Today's Minsk agreements are much more likely to "cover up with a copper basin," and already in the 2016 year. And, in general, for the same reasons. The revolutionaries of "gidnosti" need to study Lenin, he was a great politician of the era of revolutions, and not to demolish his monuments. He's getting revenge ...

Ctrl Enter
Noticed oshЫbku Highlight text and press. Ctrl + Enter
We are
Polish claims to Ukraine. Will Warsaw decide to “bite off” Galicia?Situational analysis of the death of the MH17 flight (Malaysian Boeing 777), made on the basis of engineering analysis from 15.08.2014
Military Reviewin Yandex News
Military Reviewin Google News
146 comments
Information
Dear reader, to leave comments on the publication, you must sign in.