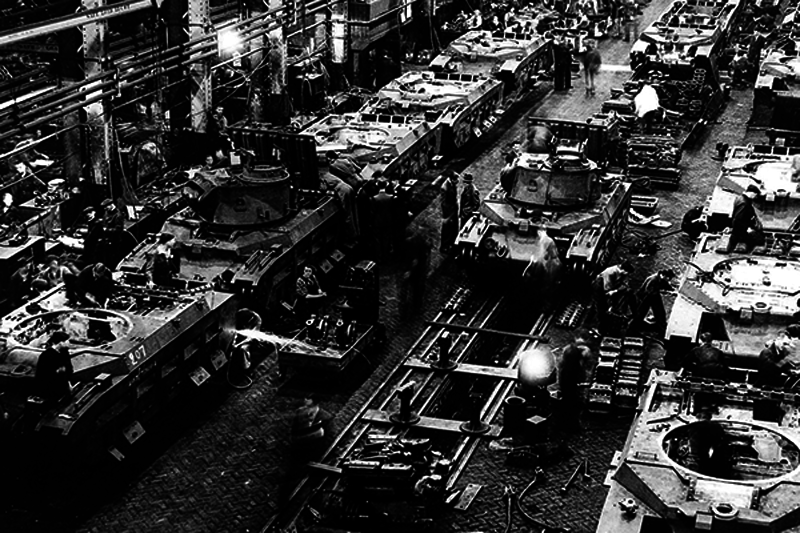 July 14, 1941: production assembly line tanks running at full capacity during the “great acceleration” of mass production associated with preparations for the invasion of Europe.


“The front has disappeared, and with it the illusion that there has always been a front. There is no war of slow occupation, but a war of rapid penetration and destruction. - Blitzkrieg, Lightning War. TIME Magazine, 25 September 1939 of the Year 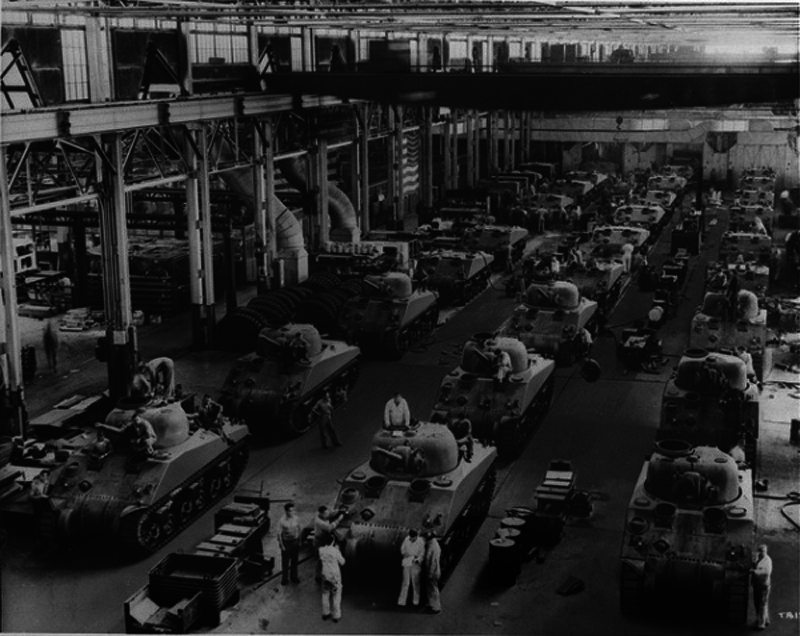 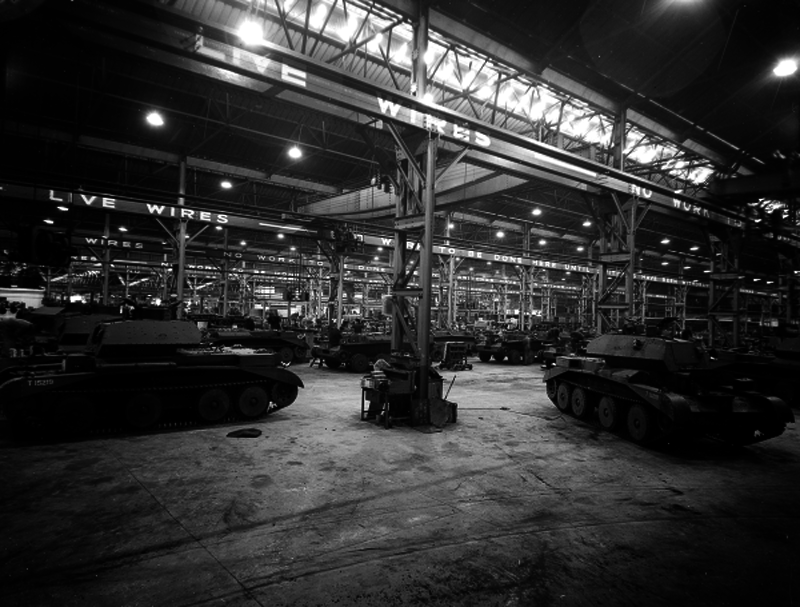 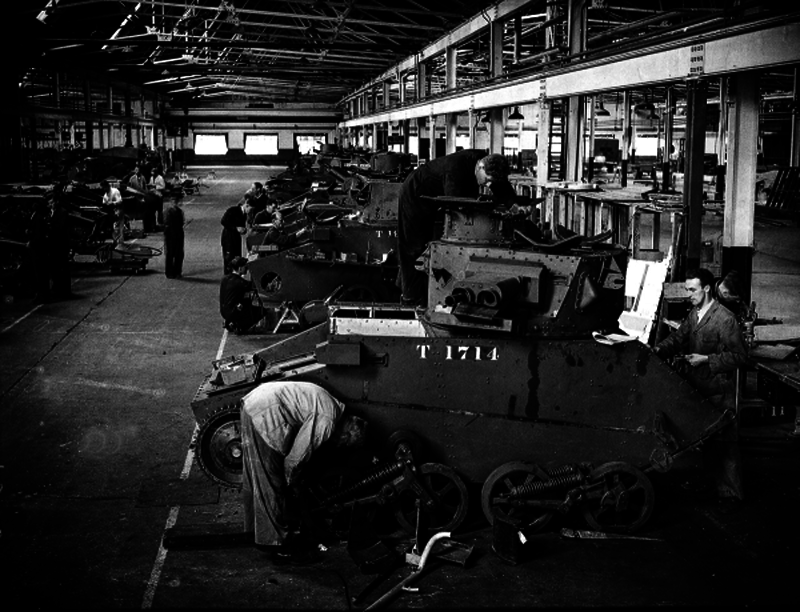 18 August 1940: British tanks on the assembly line. Some tanks are being repaired after evacuation from Dunkirk. 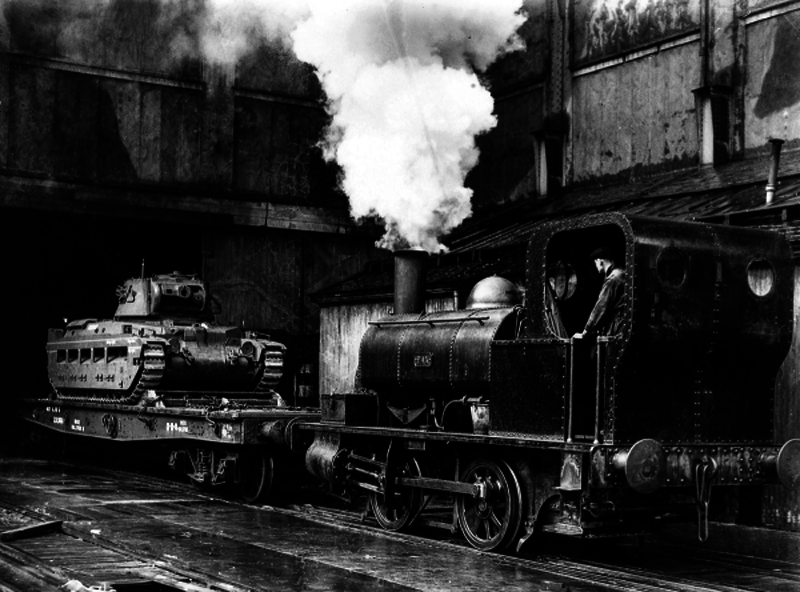 October 1941 of the year: a British tank is transported by a steam locomotive from the Midlands factory and sent to the Eastern Front to assist the Soviet Union. 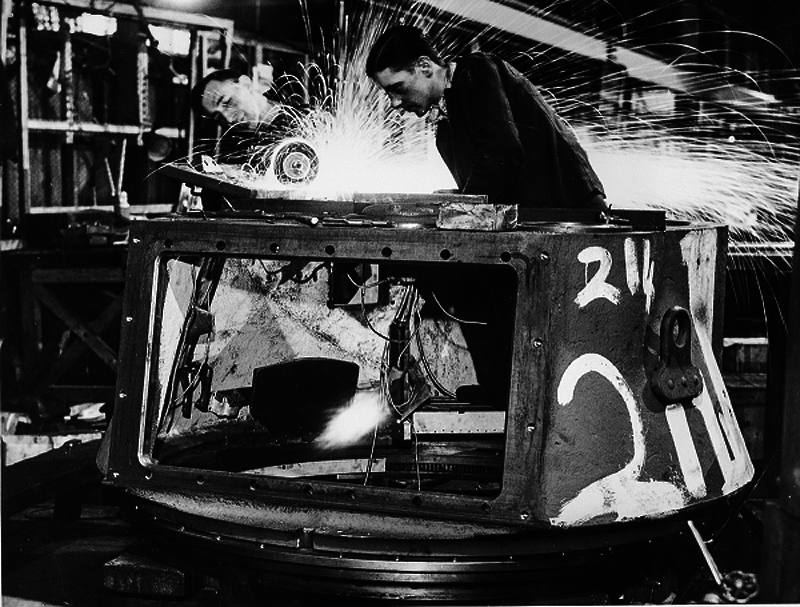 29 December 1941 of the year: Workers at the plant of the Ministry of Supply make the tower for the tank "Matilda". 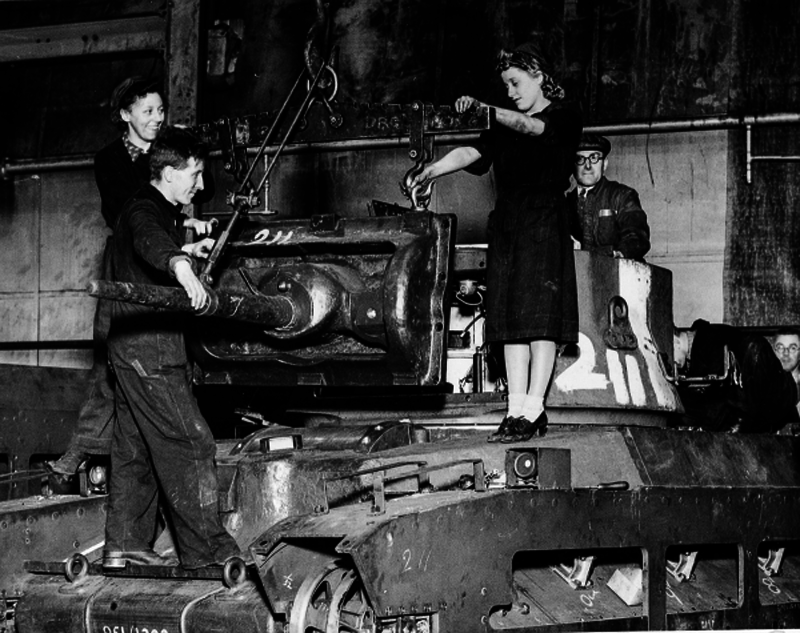 29 December 1941 of the year: Workers at the plant of the Ministry of Supply install a gun on the tank "Matilda". 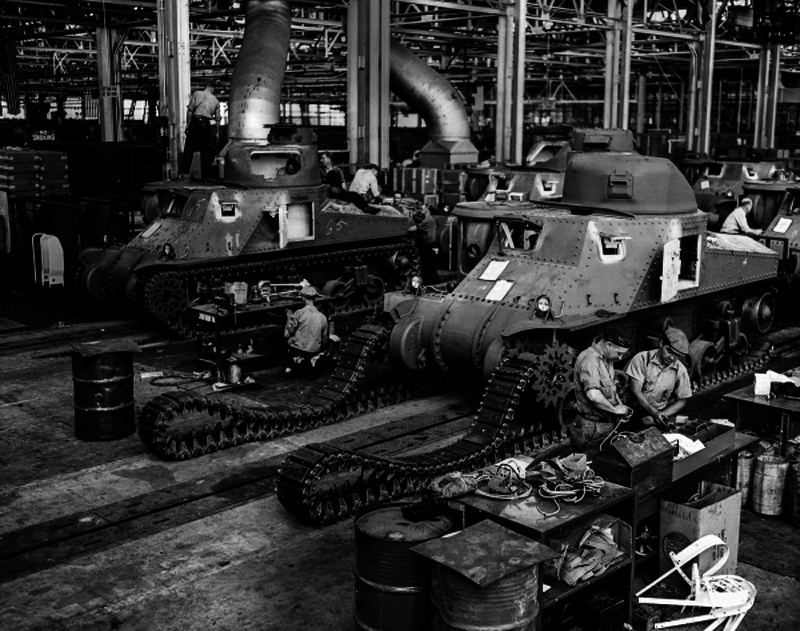 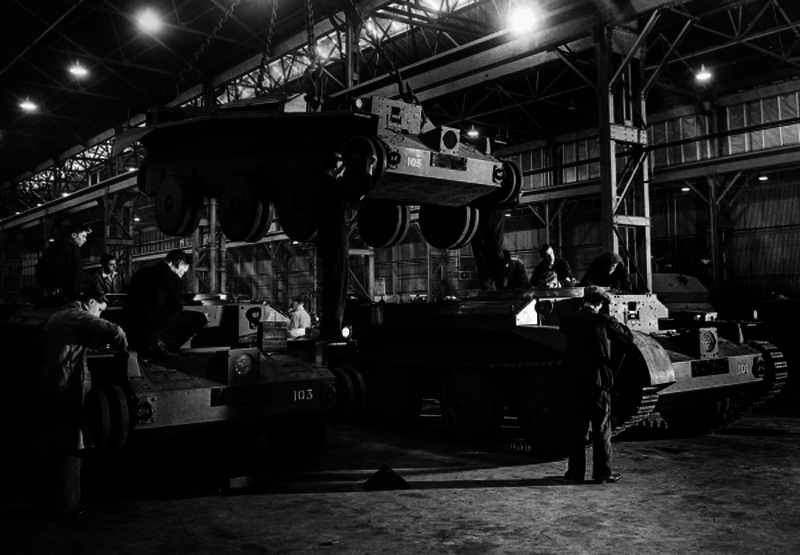 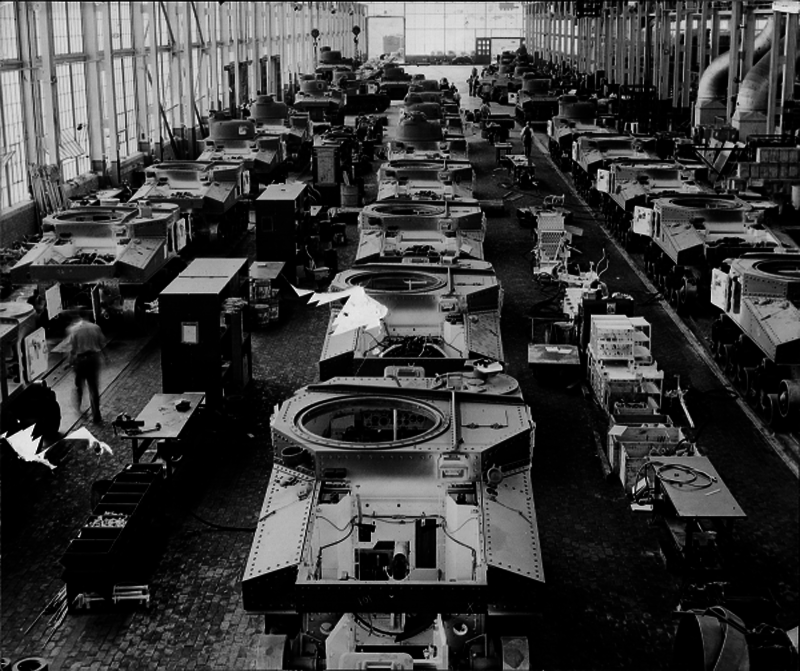 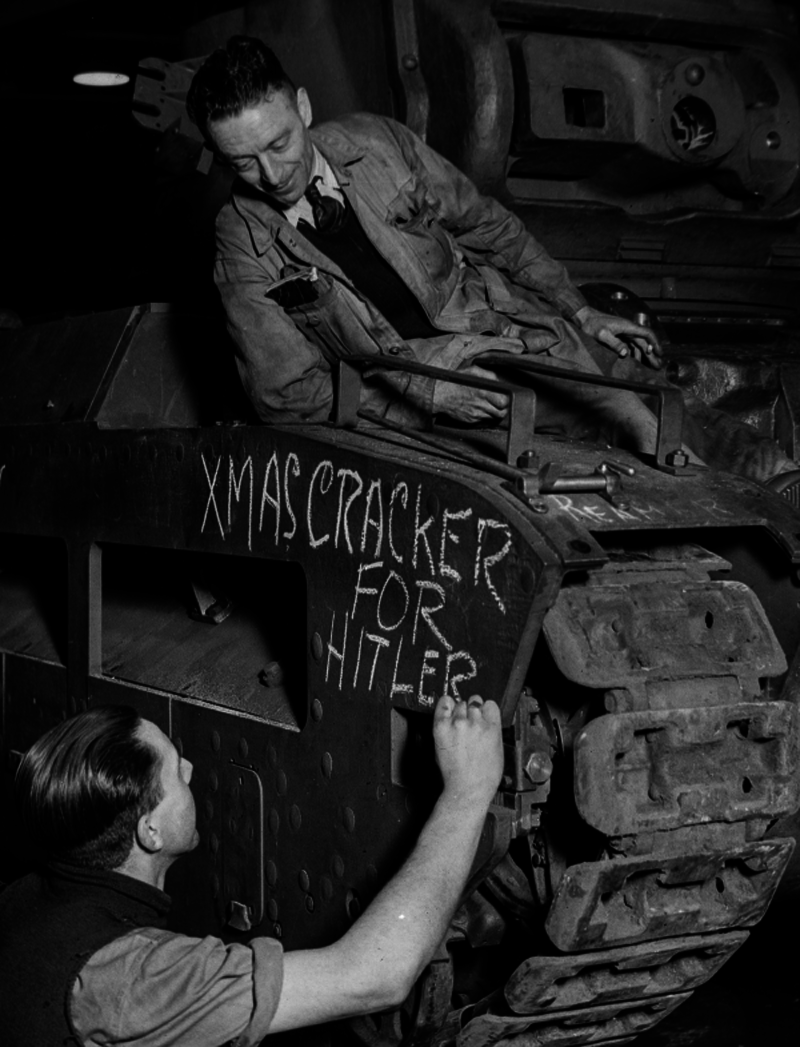 22 December 1941 of the Year: Workers in a British factory are writing a message to the adversary “A Christmas Cookie for Hitler”. 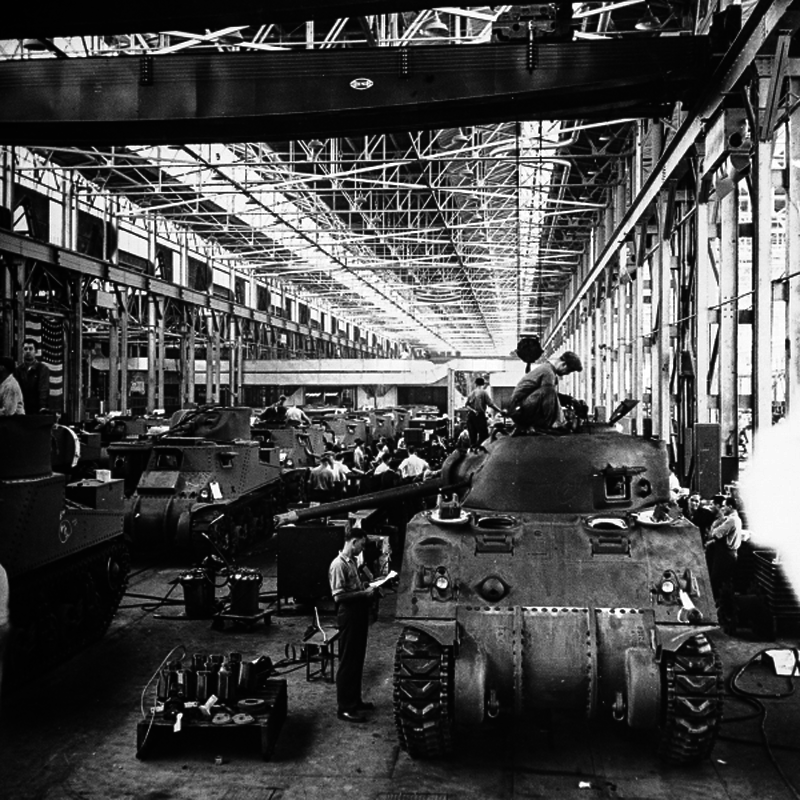 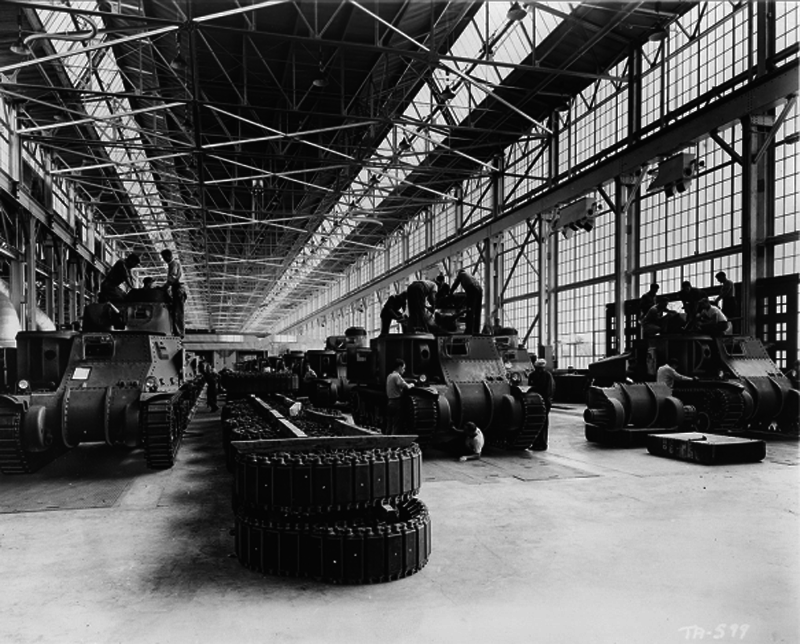 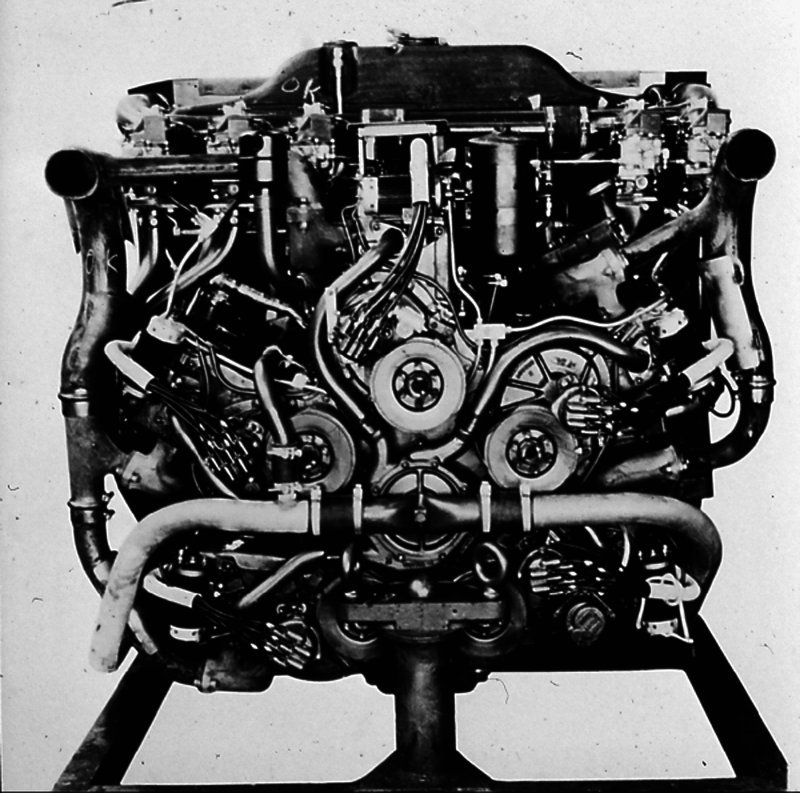 Chrysler's multi-engine engine for the M3 tank was also installed on the M4 model. In a multi-block engine, which is a modification of an automobile engine, five six-cylinder engines are connected to one drive shaft. Critics called it the "outboard engine"; it was installed on M3 tanks only in the spring and summer of the 1942 of the year, before the M3 model was replaced by the M4 model.

June 1944 of the Year: Workers assemble M4 tanks at the Detroit Arsenal Tank Plant in the USA.

The next-generation tank, M4 Sherman, is in the final stages of assembly at the Chrysler tank factory. The main improvement was the transition from a riveted body to a welded one. The piles of jagged rings in the middle of a photo are stacks of tank tracks. 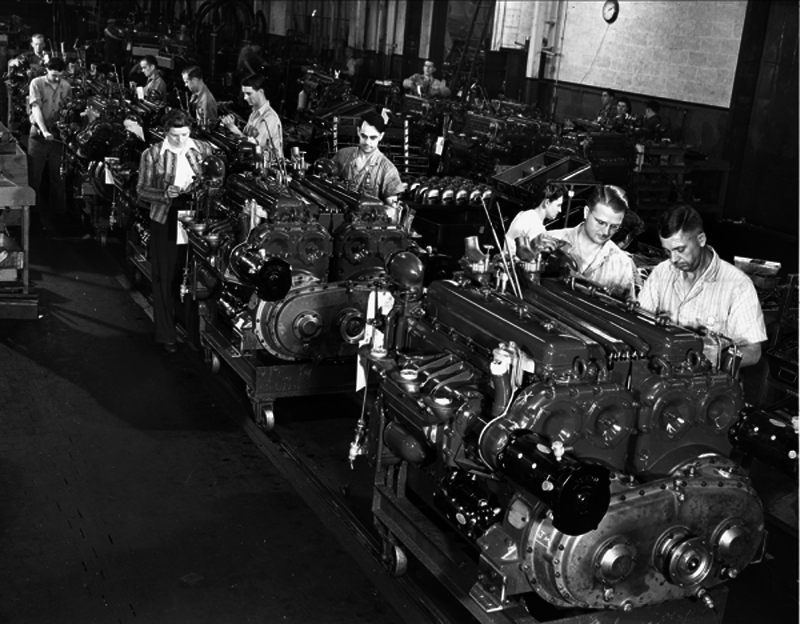 The pursuit of a perfect tank engine continued throughout the war. In this regard, the tank M4 Sherman installed six different types of engines, both diesel and gasoline. In the photo, workers on an assembly line at a plant in Detroit assembled twin diesel engines developed by General Motors. 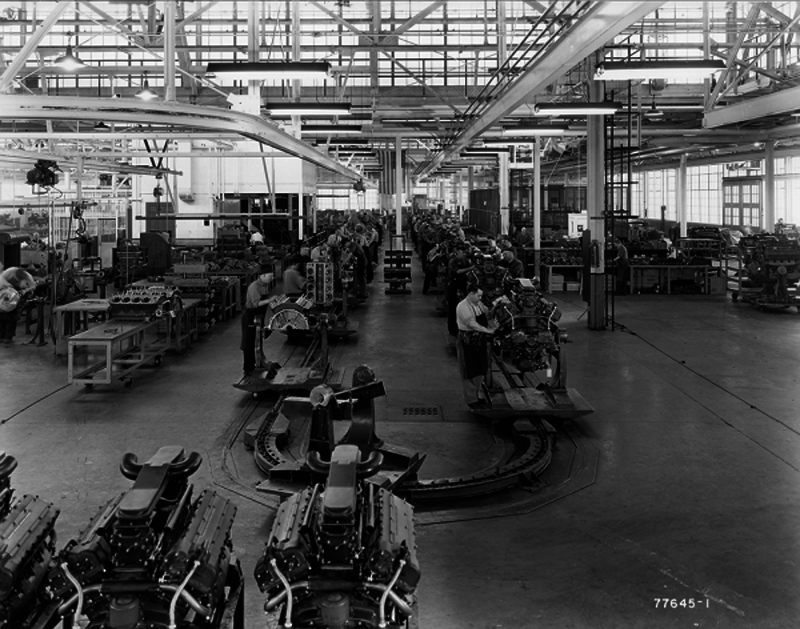 Workers at the Ford River Rouge plant assemble Ford V-8 tank engines. Ford engine power 450 l.ch. had one of the best specific power of all tank engines. In the army he was considered one of the most reliable and easy to maintain.
. 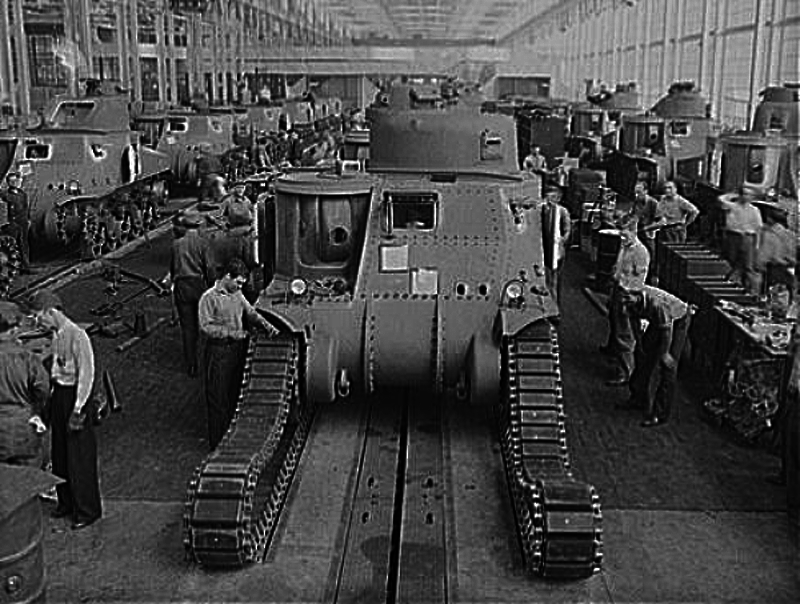 1940-1942 years: Workers install tracks on a M3 tank at the Detroit Arsenal Tank Plant in Michigan.