November 7 2015
46
America, due to disagreements with Russia, is adjusting the size of its forces in Europe, but has no plans to return to the level of the Cold War, Pentagon chief Ashton Carter said at a meeting in Pearl Harbor (Hickam Air Force Base). 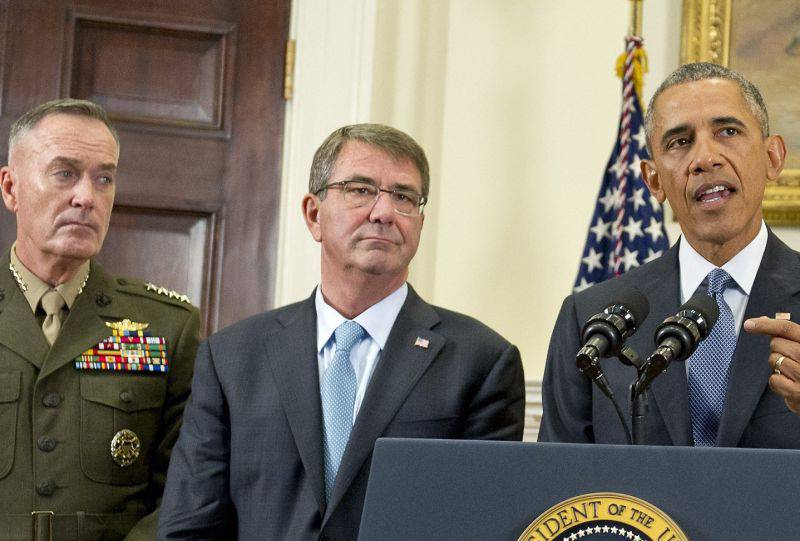 “We are making some adjustments (of forces) in Europe, recognizing that Russia is choosing the wrong course, which we had hoped for, it will choose ... But we will not recreate what was during the Cold War regarding our (military) capabilities in Europe, this is not the scenario for the actions the Russians are taking, ”the minister said. RIA News.

Carter again accused the Russian Federation of "hybrid wars" and the use of "green men" in the Crimea and Ukraine.

Ctrl Enter
Noticed oshЫbku Highlight text and press. Ctrl + Enter
We are
The action “Military service under the contract is your choice!” In Rostov-on-Don: future contract servicemen, exhibitions and “Russian Knights”
Military Reviewin Yandex News
Military Reviewin Google News
46 comments
Information
Dear reader, to leave comments on the publication, you must to register.