Who prepares the bomb for the universe 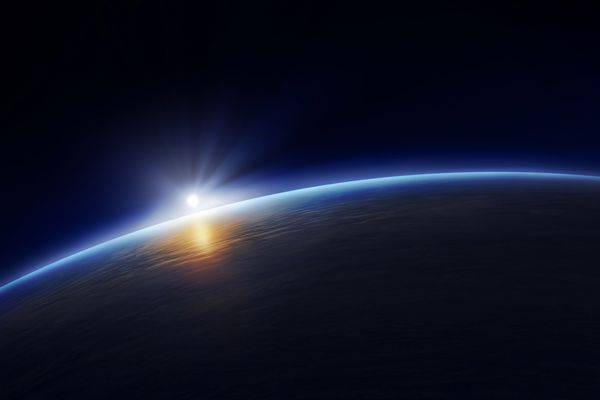 The United States voted against the resolution on non-posting first weapons in outer space, proposed by Russia in collaboration with other states with 25.

Nevertheless, the draft document was supported by the overwhelming majority: 122 delegations voted for it, 47 countries, mostly European, abstained, while Georgia, Israel, the United States and Ukraine opposed it.

The committee also approved a resolution on the prevention of an arms race in outer space, which was supported by the 173 delegation. Only three states expressed their "no" - Israel, Palau and the United States.

Voting took place on Tuesday in the relevant first committee of the UN General Assembly, responsible for disarmament and international security issues. The document entitled “On the first non-deployment of weapons in space” confirms the importance of this issue and the need to take practical measures, including “based on the updated draft treaty on the prevention of the placement of weapons in outer space, the use of force or the threat of force that Russia and China have made at the disarmament conference in 2014. "

According to the press release of the first committee of the UN General Assembly, the representative of Ukraine supported the idea of ​​not placing weapons in space as such, but without bothering to work on the document, without hesitation explained the vote against him not by content claims, but by the fact that it was submitted by Russia. According to him, Kiev opposes the foreign policy of the Russian Federation, the draft resolution on the non-deployment of nuclear weapons in space "is designed to divert attention" from events in Ukraine, which means "does not have the right to exist."

The representative of the United States showed a somewhat more thoughtful approach. According to him, “the resolution does not give a clear definition of what is a weapon in outer space,” “it does not allow determining the criteria for placing a weapon in space first.” In addition, the American delegation did not like the "focus of the resolution on weapons deployed in space, but the lack of provisions on ground-based anti-satellite systems." In this regard, the United States intends to vote against the document at the UN General Assembly. The US delegation voted against a similar document last year.

The representative of Russia, Vladimir Yermakov, for his part, called these arguments "unserious" and noted that "a political decision of all states not to be the first to place weapons in space would serve as a joint guarantee that no country will take such steps in the future." According to him, the resolution is mainly opposed by one state, "whose position is well known and understandable," since its national doctrines spell out "a desire to dominate outer space and contain provisions for the use of weapons against other countries." He also drew attention to the fact that the EU countries traditionally took a different view, and for many of them, preventing an arms race was one of the priorities. The representative of the Russian Federation suggested that the European states "were subjected to such external pressure that they are unable to maintain a sovereign position and now refrain from a dialogue on the non-placement of weapons in space."

Space military is not a toy 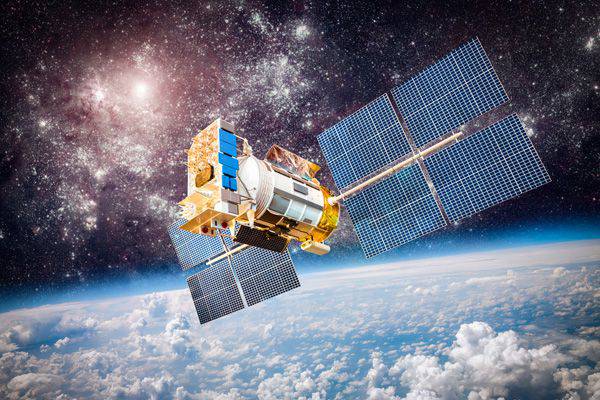 The question of space systems of armaments began to be studied by the military of the USSR and the USA from the beginning of space exploration. There were even some experimental explosions. The most powerful of these was carried out by the US 9 July 1962, the 1,4 megaton bomb exploded at an altitude of 400 km. In 1300 km from the epicenter, in Hawaii, street lighting went out, phones and radio stations failed. Artificial radiation belts formed by the explosion caused the failure of seven satellites, which was one third of the orbital constellation that existed at that time.

In 1963, the USSR, the United States and the United Kingdom signed a treaty banning the testing of nuclear weapons under water, in the atmosphere and in outer space. In 1967, the outer space treaty came into force, confirming a ban on testing nuclear weapons in space, as well as prohibiting the deployment of weapons of mass destruction in outer space. This treaty has been ratified by more than 100 countries, including the Russian Federation, the United States and China.

However, if the placement of nuclear weapons in space is prohibited, then this prohibition has not extended to conventional weapons.

In recent years, the United States has been actively developing its Space Situational Awareness (SSA) program, whose mission is to protect American satellites and other spacecraft from anti-satellite weapons. Earlier it was reported that the United States intends to send billion dollars to 5 to protect its orbiters.

Allocation of such significant budgets and activation of programs for the protection of spacecraft is explained, in particular, by the success of China in the development of anti-satellite weapons. Beijing over the past 10 years at least three times experienced similar weapons. It was reported that ground-based missiles and laser weapons were used for this purpose. Successful launches took place in 2007, 2013 and 2014. The Chinese managed to shoot down their meteorological satellite in orbit.

Figure: 122 states supported RF resolution in collaboration with 25 countries on non-placement of weapons in space

But concerns about the safety of their satellites, of course, are far from the only reason why the United States stubbornly refuses to support all initiatives on an unarmed space. The fact that the "space" intentions of the Americans are clearly not only defensive in nature, they are known at the Russian Defense Ministry. The Russian military is well aware that the Pentagon has long been actively developing promising strike complexes, the withdrawal of which into orbit can negate many of the rules for using near-Earth space.

At the same time, the Russian position on this issue remains unchanged - space should not become a place for the deployment of a new arms race. It is no secret that the group of US military satellites outnumber the Russian one.

Of the 1200 satellites in orbit, about half belong to the United States, each of which may have a dual purpose, both civilian and military.

But the most important thing is that Russia, unlike the United States, does not seek to flood the near-Earth space with shock weapons like military lasers. The tasks that our military vehicles are currently solving in orbit are mainly reduced to navigation support and the acquisition of intelligence information.

Therefore, in the Russian military, they have little faith in believing that overseas they will agree with such rules that will diminish the US role in space exploration and, all the more, affect the fulfillment of the tasks of the Pentagon’s orbital group.

Igor Korotchenko, a member of the Public Council under the Ministry of Defense of Russia, editor-in-chief of the magazine “National Defense”:

- Weapons in space are those that are capable of destroying spacecraft, any other types of weapons in space, that is, something that has a shock potential. Russia is not engaged in such projects, but the Americans are conducting similar developments.

If the United States is the first to place weapons in space, then no one can stop them. This will mark a new large-scale arms race, which in the future could lead to war.

- In 2008, Europe launched an initiative of the convention on behavior in space, which closely intersects with the issues of space weapons, and the States supported them. An alternative document is the proposal of Russia and China, roughly speaking, about space non-aggression.

Due to the fact that the United States is perfectly aware of its capabilities in the use of space, any restrictions do not need them. All the more initiated by their geopolitical opponents Russia and China.

In general, recently, the degree of hysteria over the use of space weapons has only increased. This summer, American journalists wrote about three mysterious Russian maneuvering spacecraft capable of disabling valuable American satellites located in geosynchronous orbit.

Anatoly Tsyganok, Head of the Center for Military Forecasting:

- The fact that Americans are developing weapons of space attack, it became known 15 years ago. Apparently, soon they are planning to try to put weapons in space, so they are now opposed to this UN resolution, which binds them together. I believe that Russia should definitely raise this issue in the UN Security Council.