November 6 2015
183
Russian President Vladimir Putin supported the proposal of the Director of the Federal Security Service Alexander Bortnikov to suspend the flights of Russian airlines' airplanes to Egypt until the causes of the crash that occurred with the Kogalymavia airline were clarified. Recall that the victims of the crash of an airplane flying from Sharm-al-Sheikh to St. Petersburg were 224 people. 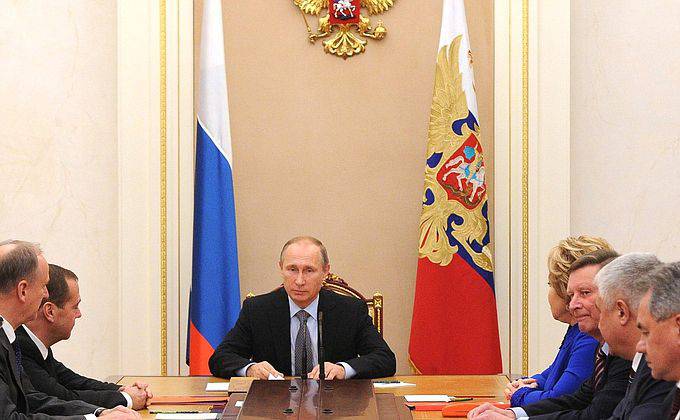 For reference: Alexander Bortnikov during a meeting of the National Anti-Terrorism Committee said that he considers it appropriate to suspend the flights of the Russian aviation to Egypt.

Today it became known that the units of the army special forces of Egypt arrived at Sharm-al-Sheikh airport. It is reported that the special forces help evacuate from the airport foreign nationals who are still unable to fly home due to the fact that the airlines of a number of countries have announced a temporary refusal to fly to this Egyptian airport.

We are in Yandex Zen
The official representative of "Kogalymavia": the cause of the crash could be a mechanical effect on the aircraft
The action “Military service under the contract is your choice!” In Rostov-on-Don: future contract servicemen, exhibitions and “Russian Knights”
183 comments
Information
Dear reader, to leave comments on the publication, you must to register.