Su-30CM / 35С fighters conducted an exercise in the Khabarovsk Territory 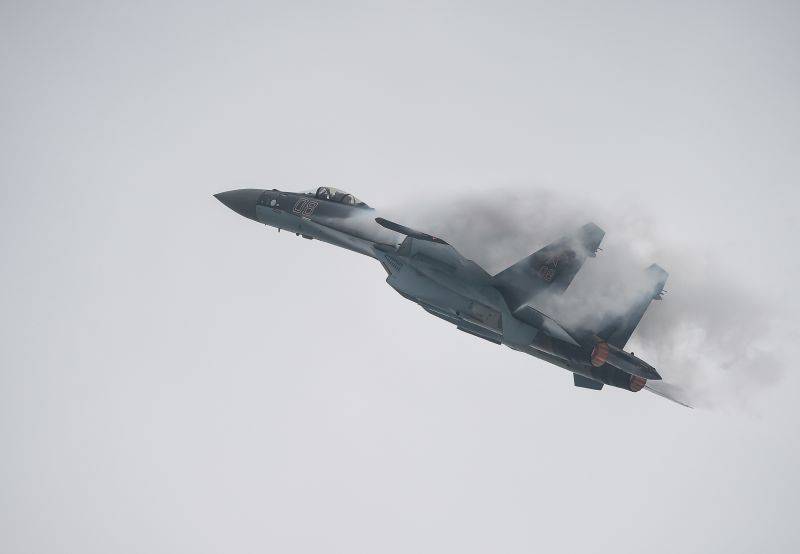 “The maneuvers took place on one of aviation polygons in the Khabarovsk Territory. Nine Su-35S fighters and three Su-30SM fighters took off in pairs with an interval of one minute and, as part of the squadron, carried out bombing in a given square. In total, for ground targets imitating a deployed anti-aircraft missile system, a column tanks on the march and the airfield with conventional enemy planes, 24 air bombs were dropped. All goals were successfully hit. ", Says the release.

It is reported that "the doctrine was planned and aimed at improving the flight skills of the crews and pilots of fighter aviation of the region when performing combat training tasks."