OSCE: Ukrainian "out of it" soldiers threatened to open fire on observers

November 6 2015
37
On the eve, the soldiers of the Ukrainian Armed Forces did not miss the patrol of the OSCE monitoring mission (SMM) at the checkpoint in Chabanovka, saying that they had received permission to fire if observers did try to drive, reports RIA News with reference to the report of the organization. 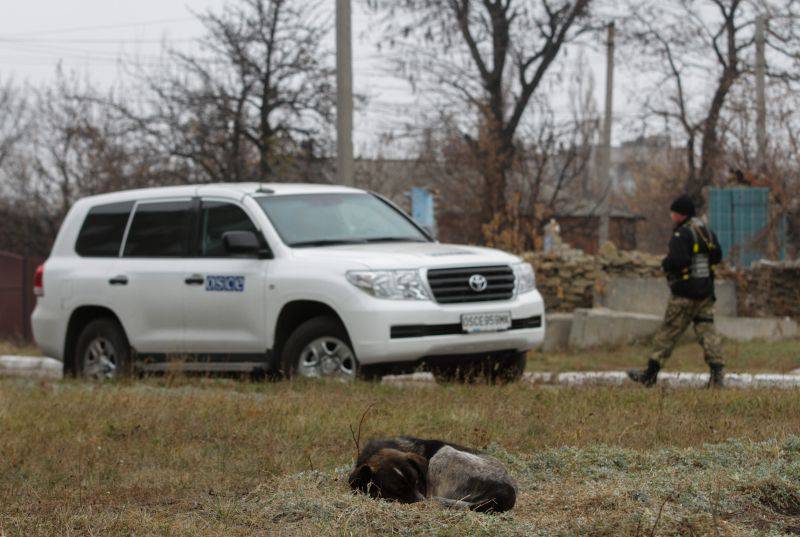 Not allowed observers and one of the warehouses allocated by the Ukrainian military equipment. The military said that missionaries need to warn the command in advance about their visits.

In addition, it is noted that representatives of the SMM from an observation point near the Donetsk station “in the first half of the day Wednesday heard 46 unspecified explosions and extensive fire from small rifle weapons and anti-aircraft installations three to ten kilometers north-north-west, west and southeast of their location, as well as 20 cases of small-arms fire and grenade launchers three to five kilometers north-north-west of the observation point. " .

According to observers, this is a smaller number of explosions than the day before, “but more than in previous days.”

Ctrl Enter
Noticed oshЫbku Highlight text and press. Ctrl + Enter
We are
Reports from the militia of New Russia for 9 September 2014 of the year
Military Reviewin Yandex News
Military Reviewin Google News
37 comments
Information
Dear reader, to leave comments on the publication, you must to register.