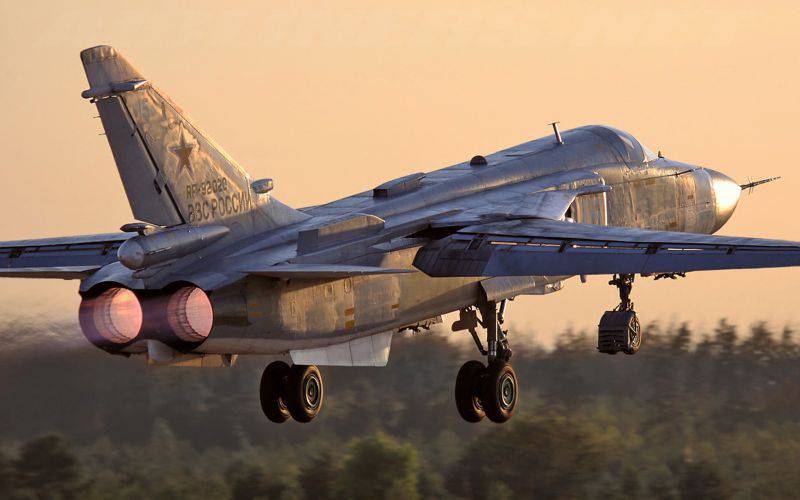 Major General noted that the workshops were used to restore military vehicles and tanks, as well as for the installation of heavy weapons on trucks and jeeps, which were then transferred to war zones.

“As a result of hitting the aerial bombs, the workshops and the seven pieces of equipment belonging to the terrorists were destroyed,” said Konashenkov.

In addition, according to him, in the territory of the Syrian province of Homs, the fortified region of IG was destroyed, which was located in 30 kilometers from the ancient city of Palmyra.

Another Su-34 bomber made a sortie that destroyed the training base of the Dzhebhat an-Nusra group.

“Not far from the village of Mukhasan, Deir-Ez-Zor province, the Su-34 bomber struck at the training base for militants of the Dzhebhat al-Nusra group,” said Konashenkov.

According to the Major General, direct hits from corrected aviation bombs completely destroyed the training infrastructure, as well as the explosives depots.

In addition, terrorists' checkpoints were destroyed in the area of ​​the Raqqa settlement, and in the mountains near Damascus, Russian planes attacked a terrorist base.

“In the area of ​​the settlement of Rakka, Su-34 bombers attacked two fortified militant checkpoints located on the outskirts of the city. The fortifications of the terrorists, as well as the four units of the automobile and armored vehicles that were on them, were destroyed by direct hits of the air bombs, ”said Konashenkov.

On the website of the Ministry of Defense of the Russian Federation, you can see the video of combat missions of the aviation of the VKS RF

Ctrl Enter
Noticed oshЫbku Highlight text and press. Ctrl + Enter
We are
ARMY-2016. Cluster VCS. Part of 2. Space is space!The new concept of the Russian Aerospace Force of the Russian Federation will include a radical response to the Turkish aggression against the Su-24M
Military Reviewin Yandex News
Military Reviewin Google News
28 comments
Information
Dear reader, to leave comments on the publication, you must to register.