November 7 2015
41
We rarely talk to children about war. Scary is it. “It's too sad why do we need to know this?” They say themselves. This video was shot for your children. For schoolchildren. Show it to them. The meeting with the writer Mikhail Vasilievich Sukhachev, who 12-year-old boy survived the blockade of Leningrad, and after the war became a fighter pilot, took place at the 2-th All-Russian festival of children's books, which just recently ended in Moscow. 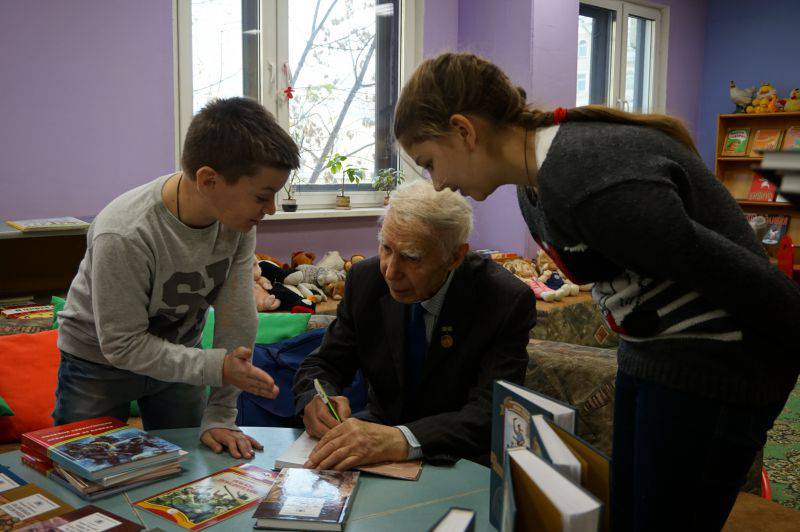 The story “There, beyond the blockade” was republished by the publishing house “Children's Literature” more than once; it stands on the shelves of many school libraries, and its author does not tire of communicating with the new generation of Russian schoolchildren. This time, 5 students of the Moscow school №827 came to the meeting with the writer. They are also 12. I can't even imagine what they would do in his place, 70 years ago. After the speech, Mikhail Vasilyevich shared with the correspondent of the Military Review website and his vision of the situation in Ukraine.