Why Ukraine tightened after the election? 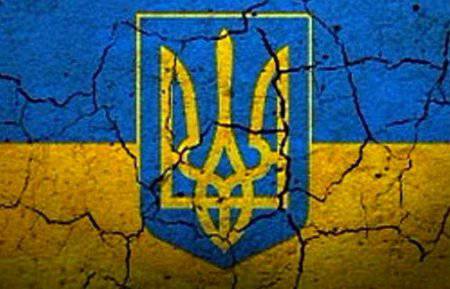 Many acquaintances who know my commitment to the Ukrainian subject reproach me that my articles on Ukraine began to appear less frequently. Tired? Not. Everything is much more complicated. Tired Ukraine. Tired and tensed.


If you look at Ukrainian sites News, it seems that the people are at a loss. And the authorities too. But at the same time, there are scandals here and there between not the last people in the country's leadership. Activized "anti-corruption", with whose hands some oligarchs crack down on others. There are new faces in politics. Moreover, in the highest posts. A joke about the fertility of Georgians is becoming popular in Ukraine, even if they are only males. One appeared, after a year there are already a lot of them.

We all remember the recent local council elections. Our mass media outlined in the spirit that the people did not support the election. They were like fake. Only here they do not take into account that such a development of events was envisaged by Kiev. Therefore, voter turnout now cannot be a basis for non-recognition of election results.

Why Poroshenko needed elections? Exactly needed. To believe that otherwise he would not have found the possibility of canceling them is naive. So what for?

The existing position of forces in the political spectrum of Ukraine does not suit the President Square. Despite the majority of votes in the parliament, Poroshenko is well aware that making decisions that are most important to him in this composition is hardly possible. The radicalism of some of the deputies excites the population. And the external pressure is very strong. From here elections are first of all rehearsal of the further actions Poroshenko. Exploration by force, if you like.

It was necessary to check the real odds of Blok Poroshenko to win. And the chances of other parties and movements. What for?

Also clear. Dissatisfaction with government policies and the premier personally reached its peak. The population, and after it, political parties, have already openly expressed discontent with Yatsenyuk. Political scientists and analysts not only in Ukraine, but also in other countries argue about who will replace Yatsenyuk. They are called different names. First of all, Yaresko.

However, what will it give to the president? Nothing at all. The economic situation, no matter how beautifully the officials of various departments report, remains, to put it mildly, difficult. Any delay in the next loan will lead to unrest. The tension in society is already pouring out into spontaneous, but already protests. And in this situation, the old prime minister will play the role of a scapegoat. It will make him guilty for everything.

What happened in Ukraine after the elections? What happened was supposed to happen. The elections showed a complete change in the political mood of the voters. What we wrote about last year no longer exists. Ukraine is no longer clearly divided into pro-Western and pro-Russian parts. I, of course, do not mean Donbass. Since there were no elections. Talk only about the territories where control of the Kiev authorities is established.

I repeat. Ukraine has become more monolithic. And, to our regret, according to the results of the elections, we can say monolithically pro-European. If such a position in the central and western regions was predictable, then in the south-eastern regions came as a surprise to many.

Now, as I understand it, many readers will think about the work of ukroSMI and the junta's propaganda machine. And they will be wrong. Of course, propaganda, active educational work among young people, and shameless lies play their destructive role. But the main thing is that the composition of voters has changed. Traditionally, in normal countries, the majority of voters are "adults" and even "elderly." Young people do not really believe in the election results. So, it prefers not to participate in them. See what happens in Russia. During the discussion of controversial actions of deputies or the government there will always be a few people who will proudly talk about their non-participation in the elections. It seems that he did not participate, which means that he does not bear responsibility for the decision.

In Ukraine, everything is exactly the opposite. The “adult” population is tired of the elections and does not believe in improvement. And this part of the election ignored. But young people, more radical and brought up in the conditions of independence, came to the polls. And not just came, but also significantly changed their result. The representation of radical parties has increased significantly in all local councils.

Poroshenko retained a decisive majority in the western and central regions. Not so hot, but allowing you to somehow control the situation. In the southeast, his unit lost miserably. To talk about the majority there is simply indecent.

Opposition bloc? All these former regionals and others got the population so much that in the central and western regions in general it is a stretch to talk about them. And there are no special victories in the southeast.

Local elections, instead of strengthening the ruling elite of power, played against this fortification. The question of Yatsenyuk rose even more acutely. Coalition in the Parliament can not be created. So, Poroshenko’s laws will not be passed. It was planned that after these elections it will be possible to speak already early elections to the Rada. Now the elections are perceived as the beginning of the next round of struggle between the parties.

The most likely development of the situation should be considered to be increased pressure on the Arseny Yatsenyuk block. The goal - to pick up the votes of deputies in the PPO. Also, it seems to me, we should expect some relief for the opposition bloc. The goal is the same. Only in this case will be provided with the necessary promptness of the adoption of laws, which means Poroshenko’s necessary decisions.

Personnel issues remain. And now they need to be addressed. But time suffers. At least until the New Year. Probably, this is what caused the constant attacks on the prime minister by Saakashvili. This also caused the unexpected appointment of the former Minister of Education of Georgia (although she worked in that position for only two months) Khatia Dekonoidze as the head of the National Police. And the arrest of one of the sponsors of opponents of President Korban.

Thus, Poroshenko early elections are now unprofitable. Moreover, they are dangerous because of their unpredictability. And he will do everything to prevent them. But for the radicals, early elections are just necessary. The results of the local elections showed that they have a real chance to change the balance of political forces in the Rada.

The country, in which political stability is now the main one, is again slipping into political politics and near-political intrigues. There can be no talk about economic growth, nor about any world in the southeast. All the same bank and the same spiders inside. Who will be eaten first, we will know soon enough. But in any case, Ukrainians need to prepare for a further deterioration in the quality of life.

Ctrl Enter
Noticed oshЫbku Highlight text and press. Ctrl + Enter
We are
Results of the week. "Guys let's be friends!"Results of the week. “I recently believe that everything in life is possible, even that which is impossible”
Military Reviewin Yandex News
Military Reviewin Google News
56 comments
Information
Dear reader, to leave comments on the publication, you must to register.