Having crossed over to the left bank of the Danube, Kutuzov first of all collected information about Mortier’s corps. The French, who captured Miloradovich, reported that Mortier, with one infantry division, was at Dirnstein, on the march to Krems. The rest of the troops were behind. October 29 (November 10) 1805 scouts confirmed the information of the captured Frenchmen, specifying that the second French division is located at Spitz, within miles of 12 from Mortier.

Kutuzov decided to break the Mortier corps. Miloradovich, having an Absheron musketeer regiment, one battalion of the Little Russian Grenadier, Smolensk musketeer and 8th jaeger regiments, 2 squadrons of the Mariupol hussar regiment, was instructed to deter Mortier from the front. Dokhturov, with the 6th Jaeger, Moscow, Yaroslavl, Vyatka musketeer regiments, battalions of the Bryansk and Narva regiments (16 battalions in total), two hussar squadrons, was to bypass the enemy and cut off his retreat. He was supposed to go to Dirnstein, in the rear to Mortier. Bagration guarded the rear and watched the roads leading to Krems. The remaining troops covered the flank and were in reserve. Batteries were installed on the banks of the Danube to attack the enemy flotilla. 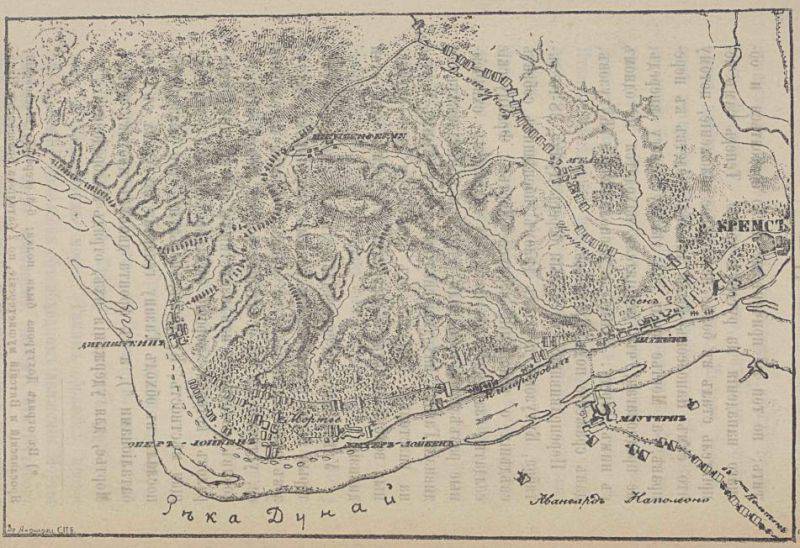 Thus, the Russian troops were prepared to attack. To calm Mortier, Kutuzov spread rumors that our army is in a hurry to Moravia and stopped in Krems only for a short rest, and Miloradovich at Stein covers the retreat. Mortier believed disinformation and, without sending intelligence to the left flank, hurried from Dirnstejn to Krems.

On the morning of October 30 (November 11) 1805, the French avant-garde came to Stein and began a shootout with our posts. Soon, Mortier arrived with a brigade and attacked. Miloradovich went to meet with two columns: one was on the shore, the other mountains. A fierce battle ensued. The left column broke into the village of Unter-Loiben, started a bayonet battle. The French drove our soldiers out of the village. Having received reinforcements from the reserve, Miloradovich again took the village. The attack of the troops of Mortier on our right wing in the mountains did not lead to success. Gathering the whole division of Gazan, Mortier went on the offensive along the line. The French again drove the soldiers of Miloradovich out of Unter-Loiben.

Waiting for Dokhturov to arrive at Dirnstein, Kutuzov ordered Miloradovich to slowly withdraw. Mortier followed him. Not reaching Stein, he was met with a canister and counterattack by fresh Russian troops. Seeing significant enemy forces, Mortier realized that he was not in front of a weak rear guard, but a significant part of the Russian army. It was dangerous to advance further with one division. Mortier stopped and ordered Dupont's division to speed up the march. 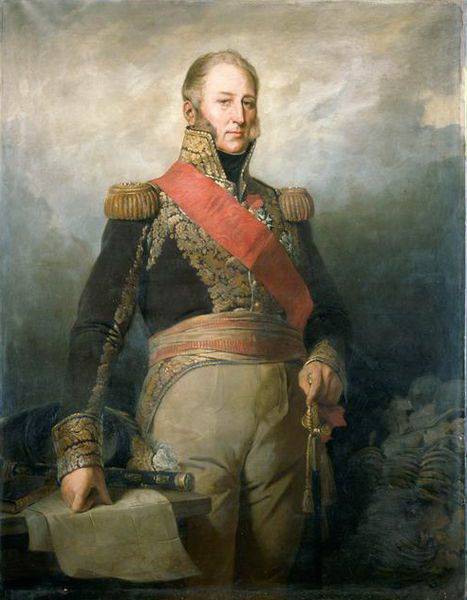 Dokhturov's column was late. The troops marched practically across impassable mountains, covered with forests, where two people could hardly walk alongside. Rain worsened terrain. Our soldiers barely wade through the mountains and the forest, greatly stretched. Local guides made mistakes in the calculations of the movement of troops. Hearing the sounds of battle, the soldiers hurried to complete the task. Dokhturov, to accelerate the movement, left the artillery and cavalry, moving one infantry. At 5 hours of the evening, instead of 8 in the morning, as planned, our avant-garde finally descended from the mountains. It was the 6 th Jäger Regiment and the Grenadier Battalion of the Yaroslavl Regiment. The leader of the troops, Ulanius, captured Dirnstein, having dispersed a small French detachment with three guns standing there. The guns were captured.

Ulanius set up his unit in the direction of Krems, towards the troops of Mortier. At this time, the Vyatka regiment approached. His Dokhturov put the front to Spitz, from which came the division of Dupont. At the first news of the appearance of the Russians in the rear, Mortier sent the dragoons to Dirnstein. They are easily knocked over. Realizing that he was blocked, Mortier gathered a council of war. Considering the defeat to be inevitable, senior officers offered Mortier to swim in a boat across the river Danube so that the marshal of the French Empire was not captured. Mortier refused, considering it his duty to share the fate of the troops that were under his command.

Leaving the rearguard to restrain Miloradovich, the rest of the forces of Mortier led to a breakthrough in Dirnstein. Noticing the departure of the French, Miloradovich began the pursuit. Dokhturov detachment at this time led a stubborn battle with the DuPont Division, which was trying to break through to help Mortier. The French attacked the Vyatka regiment, which blocked their way. Dokhturov reinforced the Vyatka regiment with other units as they descended from the mountain. However, the night fell, and the movement in the mountainous terrain became even more difficult.

Soon a fierce battle ensued. Dokhturov was between two fires. From the right flank he was attacked by Dupont's division, which was trying to help his comrades. Mortier made his way into Dirnstein from the left flank and overturned the forward detachment of Ulanius. Mortier himself from the rear was attacked by Miloradovich, who fought off two French guns. No less brutal battle boiled on the slopes of heights, ravines and paths, where DuPont sent part of the division, trying to keep our troops in the mountains.

The fight was fierce. The tightness of the place aggravated the bitterness of the battle. Kernels and canister cut trees and crushed stones. People were beaten with stones and boughs. When the French, Mortier broke into Dirnstein, the soldiers were cut off on bayonets, fighting with rifle butts. One of the best generals of Napoleon Dupont wrote: “The most deadly fire was boiling on the Danube coast and in the mountains. Wherever the place allowed, the troops rushed into hostility. The hardness of the Russians was equal to the courage of the French. Those and others mixed in desperate melee. ”

The fight lasted until 9 hours of the evening. For more than three hours the troops fought in the dark, illuminated only by cannon and rifle volleys. Marshal Mortier himself was surrounded several times and paved the way with his saber. Gazan's division was completely upset. Many Frenchmen panicked and tried to flee. Until the late evening, our batteries bombarded the ships of the French flotilla, which took out the wounded and artillery.

However, it was not possible to completely destroy the troops of Mortier. Dokhturov was in a difficult situation, under the pressure of Mortier and Dupont, without artillery and cavalry, not having time to prepare defensive positions and having barely passable mountain trails for departure. As a result, he was forced to withdraw the troops and miss the remnants of the troops of Mortier. Marshal Mortier retreated to Spitz, where he received a late order from Napoleon to ship the entire corps to the right bank of the Danube as soon as possible. 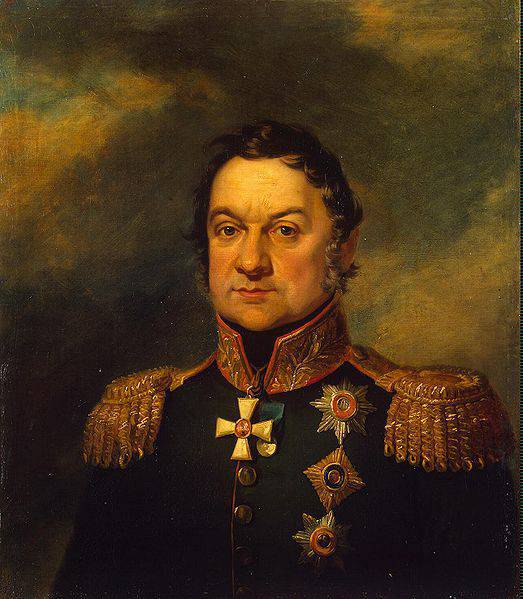 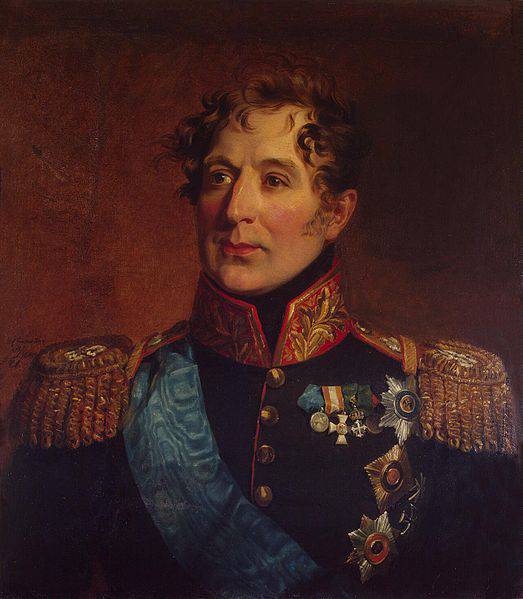 The loss of the French amounted to about 4 thousand killed and wounded. Russian troops captured more 1500 prisoners, 5 guns, a banner and a lot of military equipment. Gazan's division was so drained of blood that it no longer participated in the battles in this campaign. Our losses are unknown. Approximate losses - about 2-3 thousand people.

The defeat of the French at Krems was Napoleon’s first serious failure. This battle the French emperor called the "Kremis battle." Kutuzov forced the enemy to withdraw to the other side of the Danube and gained complete freedom of action. He could stay where he was, waiting for Bucksgeveden, go to meet him or to Vienna. The Russian commander disrupted Napoleon’s plan for the encirclement of the Russian army and created favorable conditions for its connection with the Buksgevden corps. For the first time in many days, Russian soldiers, tormented by battle and hardship, could take a little breath.

I must say that this battle caused great joy among Napoleon's enemies, because before that no one could stop his victorious troops. The news of the victory of Kutuzov over Mortier was taken with great joy as a guarantee of future success. The Austrian emperor marked Kutuzov with the Order of Maria Theresa of the 1 degree.

Author:
Alexander Samsonov
Articles from this series:
War of the Third Coalition

England vs Russia. Drawing into war with france
England vs Russia. Getting involved in a war with France. Part of 2
"I won the battle with some marches." How Napoleon defeated the III anti-French coalition
The catastrophe of the Austrian army near Ulm
How England became the "mistress of the seas"
Trafalgar defeat
Ulm-Olmutsky march maneuver Kutuzov