During the Pentagon’s “tabletop exercises,” the American army was defeated by the Russian

November 5 2015
133
American edition Political decided to present material on the balance of forces and the level of training of the American and Russian armies, and the level of training of different years. The material is based on statements by former and current representatives of the main US military department. Former representatives of the Pentagon believe that in today's situation the comparison is not in favor of the American army.


The material is based on the opinions of two large American servicemen who at one time participated in Operation Desert Storm (1991 year) and are now members of the Senate Arms Committee. This is about retired Colonel McGregore and Lieutenant General McMaster. Both reflect on what would have happened if the current army of the Russian Federation had opposed the American forces in Iraq.

From the material (translation RIA News):
McGregor calculated that if his unit were opposed by a more skilled and better armed opponent, for example, the Russian army, the outcome of the battle would be different.

MacGregor himself:
If the Russian army was in the place of our opponent, the American army would have lost. Although “losing” would not be the exact term. Rather, our army would be destroyed ...

Next comes the consideration of the capabilities of the American and Russian armies already in modern conditions. The US military, members of the Senate Arms Committee, called the Russian army "an almost equal adversary."

The current Pentagon officials believe that, even in modern conditions, the comparison is not in favor of the US Army. It is noteworthy that this conclusion was reached at the Pentagon based on the results of the “table exercises”. 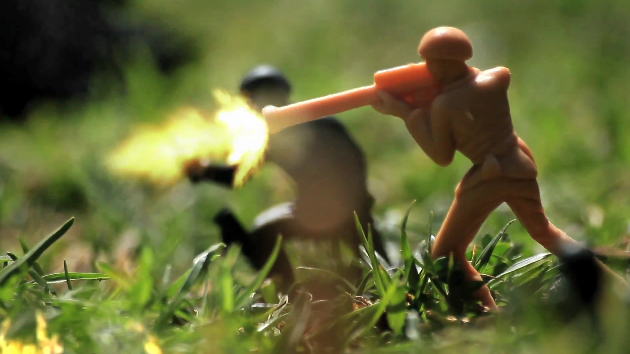 During the "exercises", the "blue" (USA and NATO) suffered defeats in different opposition modes from the "red" (Russia) after the 8 hours of "duel". Who played for the "red" - not reported ...

Ctrl Enter
Noticed oshЫbku Highlight text and press. Ctrl + Enter
We are
Results of the week. “While the enemy draws attack maps, we change landscapes, and manually”
Military Reviewin Yandex News
Military Reviewin Google News
133 comments
Information
Dear reader, to leave comments on the publication, you must to register.