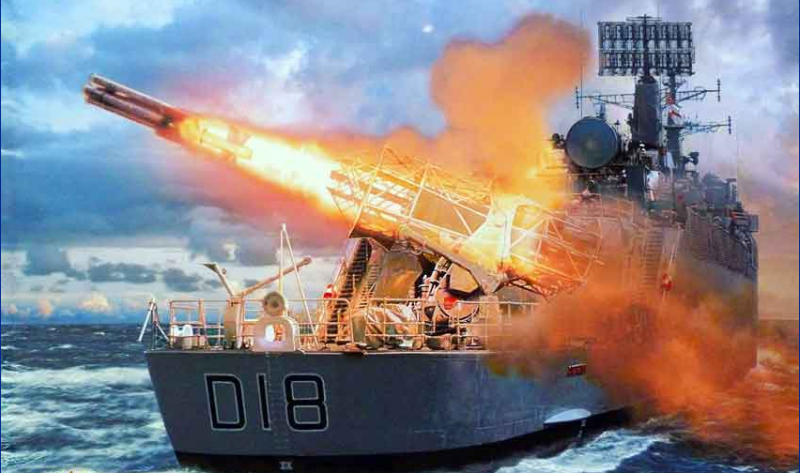 During World War II in Great Britain, much attention was paid to the technical improvement of the air defense system. In particular, for anti-aircraft guns of caliber 94 mm and above, it was possible to create devices for automatic installation of a remote fuse and synchronous guidance of guns of an anti-aircraft battery according to data from anti-aircraft fire control equipment.

In addition, in 1944, large-caliber anti-aircraft missiles with a radio fuse, which had an increased probability of hitting an air target, began to arrive in the army.

In addition to anti-aircraft shells, unmanaged 76-mm anti-aircraft missiles were also equipped with radio-explosives. When shooting in the daytime at targets flying at high altitude, rockets with a photoelectric fuse were used.

However, after the end of the war interest in air defense systems was somewhat extinguished. Even the appearance in the USSR at the end of 40's nuclear weapons and the first carriers - Tu-4 bombers did not lead to a special revival of work in this area.

The British relied on interceptor fighter jets, which, following the commands of ground-based radars, were aimed at enemy bombers, meeting them at distant frontiers. In addition, the Soviet piston bomber flying at high altitude with a breakthrough to the British Isles, would have to overcome the line of air defense in Western Europe with US air defense systems and interceptors deployed there.

The first projects on British guided anti-aircraft missiles, which led to a practical result, were implemented in the interests of the naval fleet. The British sailors reasonably believed that their warships were much more likely to collide with the Soviet warship aviation.

However, the work on the creation of marine SAMs were not very active. An additional push to them was the adoption of the IL-28 and Tu-14 jet bombers, torpedo bombers, the Tu-16 long-range jet bombers and anti-ship missiles in the USSR.

The development of the first British sea-based air defense system, Sea Slug (Sea Slug), which began in 1949 by Armstrong Whitworth, was completed only in 1961. The carriers of the complex were destroyers of the "County" type. The first URO destroyer, Devonshire, armed with the "Sea Slug" air defense system was put into operation in 1962. 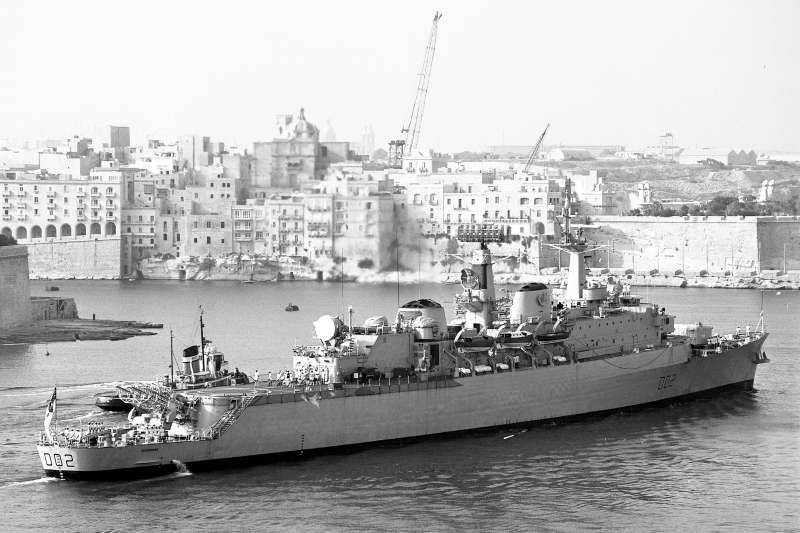 The launcher of the C-Slug air defense missile system with two guides was located aft of the ship. She had a lattice frame and was designed for a long stay of missiles on PU. 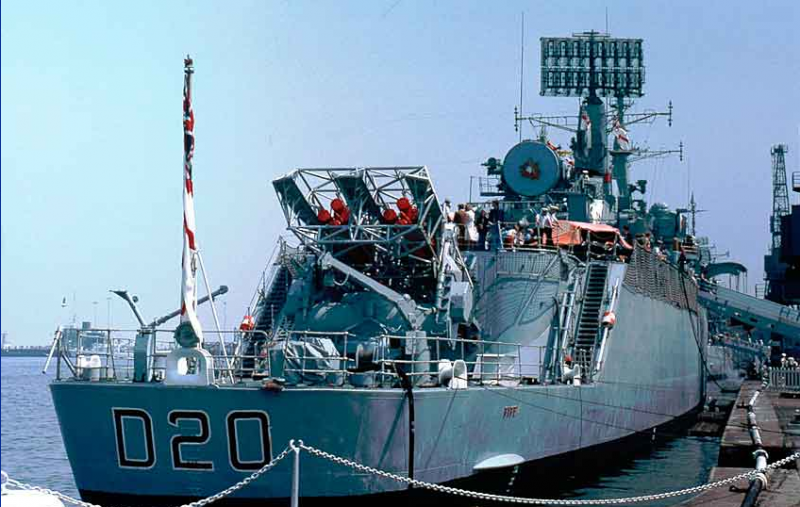 The cellar for the missile defense, protected by explosion-proof doors, was located in the central part of the destroyer hull. Missiles were fed to the PU through a special tunnel. Recharging was a long and troublesome thing.

The anti-aircraft missile "Sea Slug" had a rather unusual layout - a cylindrical body with rectangular cruciform wings and tail rectangular cruciform plumage. Around the cylindrical body of missiles with a diameter of 420 mm, in the front part of it, massive solid-fuel boosters with a diameter of 281 mm were fixed. The accelerator nozzles were located at an angle of 45 degrees from the longitudinal axis of the anti-aircraft missile, so that the impact of the jet would not damage it.

This scheme made it possible to abandon the aerodynamic stabilizers on the starting leg of the flight. Accelerators worked practically in the “pulling mode”, additional stability was created by the rotation of the rocket around the axis.

An anti-aircraft missile with such an arrangement was very clumsy and took up a lot of space. Nevertheless, despite the very ridiculous appearance of the Sea Slug rocket, the British sailors rated this complex highly enough. It was believed that, in addition to defeat air targets, it could be used on enemy ships and targets on the coast.

The first version of the Zi Slug Mk.1 SAM had a launch range of 27 km, with an access height of about 16 km. The mass of the missile prepared for launch was about 2000 kg.

In a modified version of the Sea Slug Mk.2, which appeared in 1965 year, due to the use of more efficient fuel in a solid propellant propulsion engine and accelerators, the range of destruction of air targets increased to 32 km, and height to 19 km. The speed of the missiles at the same time increased by about 30%.

The targeting of the C Slug missile to the target was carried out along a narrowly directed rotating beam generated by the tracking and guidance radar. In this case, the beam was directed at the target, and the rocket flew along the line around which the beam was rotating. If the rocket went off the axis of rotation of the radar beam, then its guidance equipment produced the appropriate command for the steering gears and the rocket returned to the center of the radar beam.

The advantages of such a scheme of guidance are the relative ease of execution and good noise immunity. At the same time, due to the expansion of the beam as the distance from the radar significantly decreased the accuracy of shooting. Due to the numerous reflections of the beam from the surface of the water, the probability of hitting low-altitude targets was small.

Initially, the Zi Slug missile launcher carried a high-explosive fragmentation warhead weighing about 90 kg. For the model Mk.2 was developed a rod warhead.

In addition to hitting air targets, at the end of 60-x for the C-Slug air defense missile system the shooting regime at coastal targets and surface targets was worked out. For this, the modified Sea Slug Mk.2 SAMs, in addition to the proximity radio or optical fuse, were equipped with a percussion fuse.

The SiLag air defense system was not widely used. The carrier complex were only eight destroyers of the type "County". This was due to the fact that this complex could be quite effective only against subsonic air targets at high and medium altitudes.

The Sea Slug complex served in the British Navy until the mid-80. On one of the three destroyers sold to Chile, he lived to see the 2001 year. Later, the Chilean destroyers were re-armed by the Israeli “Barak” air defense system.

Participation in the hostilities of this ZRK was limited. Only once, during the Falklands conflict, the Sea Slug Mk.2 SAM was launched against a real goal - an Argentine combat aircraft flying a shaver. Quite predictably, the missile passed by, since this complex was never intended to combat low-altitude targets.

Several missiles are applied to coastal targets at the Port Stanley airfield. According to the British, one missile direct hit destroyed the Argentine radar control of the air situation.

This complex was primarily intended to replace small-caliber anti-aircraft guns on the decks of British warships. But completely for a number of reasons he could not completely oust them.

The “Sea Cat” air defense system turned out to be quite simple and inexpensive, moreover, compared with the “Sea Slug”, it did not occupy much space on the ship and could fight low-flying targets. 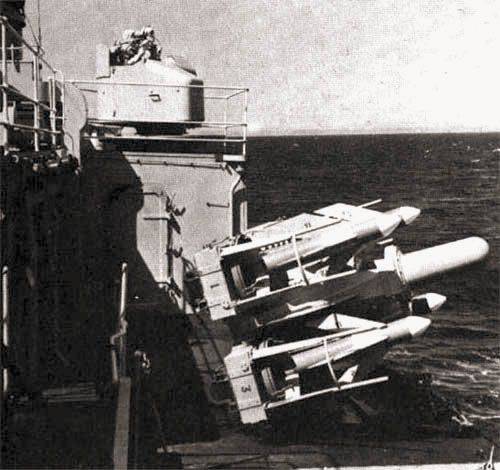 During the creation of this ship's anti-aircraft complex, technical solutions were used that were implemented in the Australian ATGM "Malkara". “Sea Cat” air defense system is considered to be the first in the world marine complex of the near zone. His tests were completed on the British Decoy destroyer in 1962. 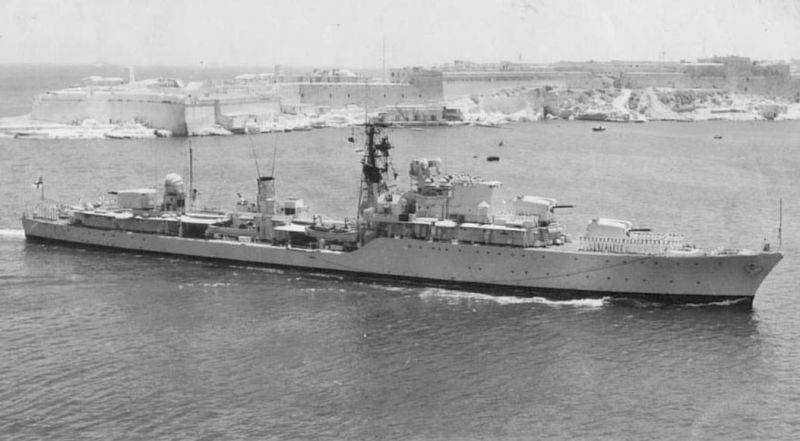 A fairly compact C Cat missile with a length of just 1480 mm and a diameter of 190 mm weighed 68 kg, which made manual loading possible on the launcher. The weight of high-explosive fragmentation warhead was about 15 kg. An infrared receiver was used as the executive sensor for the proximity fuze in the first versions of the missile defense system.

This rocket used inexpensive and non-deficient materials. The one-stage rocket "Sea Cat" is built according to the scheme with a swivel wing. The solid-propellant jet engine Zour has a starting and sustaining modes of operation. On the active part of the trajectory, the rocket accelerated to speed 0,95-1М. In the latter versions, the firing range reached 6,5 km. Recharge time complex 3 minutes. 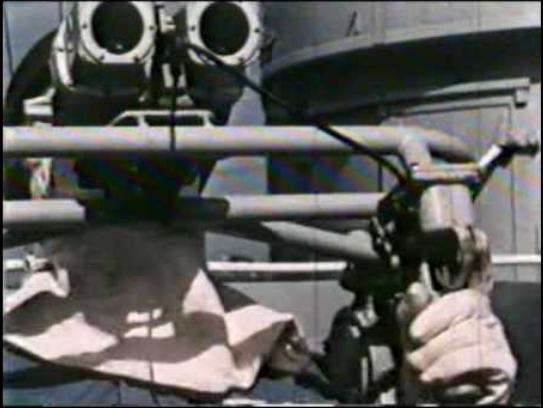 SIR "Sea Cat" has a radio command guidance system. The operator, having detected the target visually with the help of his binocular sight, after launching, directed the rocket at her manually with a joystick. Radio control commands were transmitted to the rocket. For visual support in the tail of the missile installed tracer.

On later modifications of the “Sea Cat” air defense missile system, the guidance post was equipped with a television device with a variable focal length which provided automatic tracking of the anti-aircraft missile tracer throughout the entire trajectory segment. This significantly increased the accuracy of targeting and the probability of hitting the target, but at the same time made this modification of the air defense system more expensive and difficult.

The launcher of most modifications of the “Sea Cat” air defense missile system had four guides for missiles. Reloading occurred after bringing the PU in a vertical position, the same position is marching. 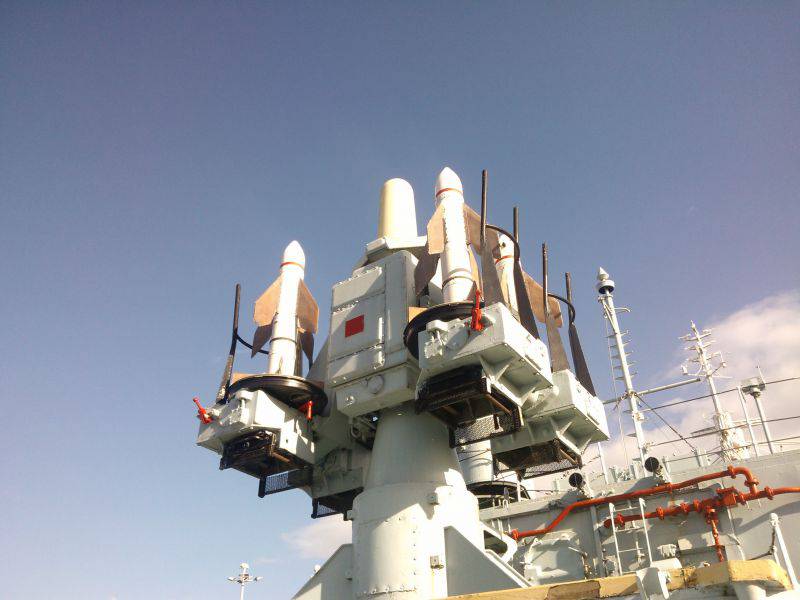 The weight of the first variants of the “Sea Cat” complex was within 5000 kg. An anti-aircraft missile launcher with three guides with a weight of no more than 1500 kg was developed to arm small displacement ships and boats.

There are several variants of the complex, which significantly differed from each other in dimensions, electronics and performance characteristics: GWS-20, GWS-21, GWS-22 and GWS-24.

After the transition from the electrovacuum devices to the semiconductor element base, it was possible to significantly reduce the time for the complex to go into a combat position, to increase reliability and maintainability.

The baptism of "Sea Cat" took place in the same 1982 year, during the Falklands War. At that time, the Sea Cat missile system was often the only relatively effective anti-aircraft weapon on many British ships built at the end of the 50 of the mid-60-s. Regardless of the short range of fire and low SAM flight speed and accuracy, the multiplicity of the complex and the relative cheapness of the missiles played a role in protecting British ships from air strikes. There were cases when Argentine warplanes stopped the attack, and turned away to the side, noticing the launch of an anti-aircraft missile, that is, the "scaring effect" worked. However, "Sea Cat" was absolutely powerless before the RCC "Exochet." 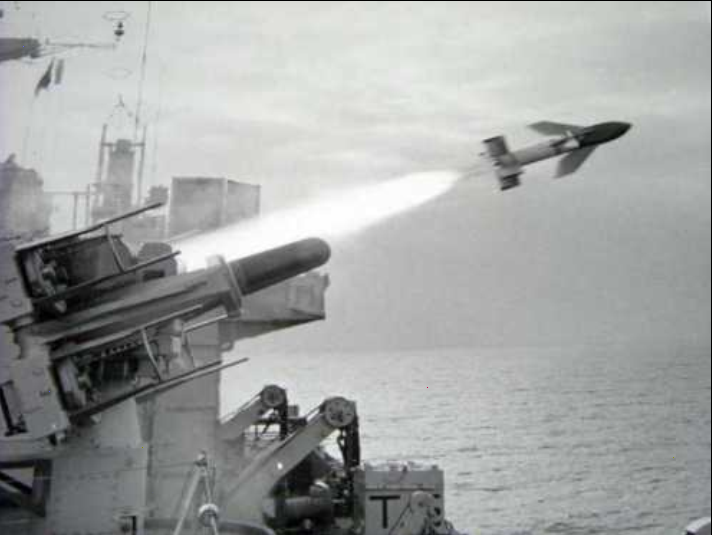 In total, over the Argentine combat aircraft were released more than 80 SAM C-Cat. The British themselves believe that only one A-4C Skyhawk was shot down by these missiles. It happened 25 May, the rocket was launched from the board of the frigate Yarmouth.

In addition to the Sea Cat, the Sea Cat existed its land variant Tigercat and a complex for armament of Hellcat helicopters, but these systems did not receive such wide distribution.