Why did the floor in the offices of the economic bloc of the Russian government tremble?

November 6 2015
233
Information Agency Reuters published excerpts from the “Confidential” Report of the Organization of Petroleum Exporting Countries (OPEC). If you believe the Reuters publications, then the organization’s internal report contains information that can now substantially correct oil quotes. We are talking about the decision of OPEC to go down the path of reducing the level of oil production - a decision that has not been taken for several years in a row under various pretexts.


The OPEC report says that the level of oil production will decline down to the 2019 year, which will lead to an increase in prices for "black gold" on the world market. The organization of countries - exporters of oil and leads its own forecast as to how, according to its leading experts, prices for a barrel of oil will be adjusted in the coming years. According to these forecasts, the barrel will increase in price by approximately $ 5 annually, and by the year 2020 will reach the level of about $ 80.

For your information:
OPEC currently includes 12 oil-producing states of the world. These are Algeria, Angola, Venezuela, Iraq, Iran, Qatar, Kuwait, Libya, the United Arab Emirates, Saudi Arabia, Nigeria and Ecuador. The headquarters of the organization is located in Vienna (Austria).

It should be noted that today the level of oil production by OPEC countries exceeds the quota set even for themselves by more than 5%. Instead of the documented 30 million barrels of oil per day, OPEC produces 31,57 million barrels, which is one of the factors behind the low price of hydrocarbons.

The OPEC report states that such countries as Angola and Iran have proposed to return the mechanism for regulating world oil prices. It would seem a strange proposal, because at one time OPEC was created to regulate world oil prices, but lately not all members of the organization are ready to recall the charter and the need to regulate something. Saudi Arabia, as you know, not so long ago announced that she, by and large, damned what the world’s production was, and that the price of a barrel could go down to 10 dollars - “as it was mined in its current volumes, to mine and we will. " Approximately the same categories reflected in the UAE and Qatar, where, as they say, stick a stick in the sand - you will come across a deposit ... 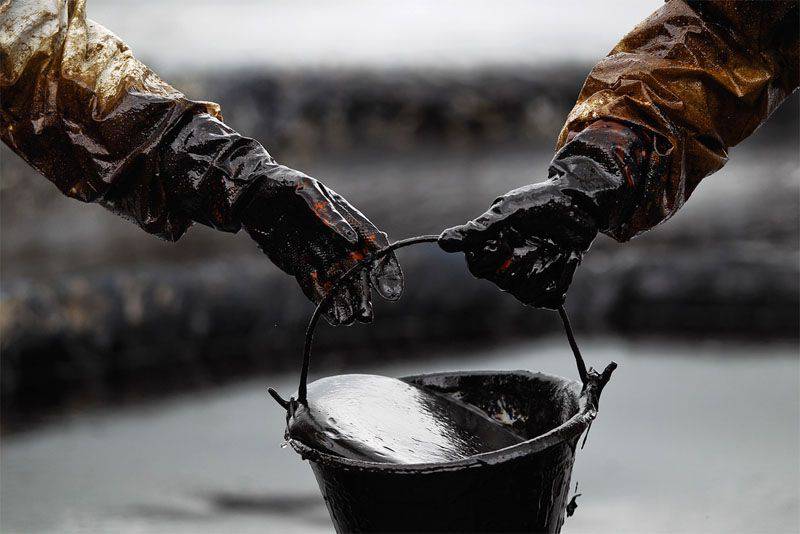 But now, if you believe this “confidential” report, OPEC partners managed to persuade their colleagues from Riyadh, Doha and Abu Dhabi to cut production. It remains to be done for small things - to trace within OPEC itself - are the Saudis really, the Qatari and the UAE representatives going for a reduction, or is it just another, as you say now, divorce in the “just turn off” style. True, about who persuaded whom, one can argue.

In the meantime, OPEC is only to have a document on reducing production in practice; it must have shaken the floor somewhere on the floor of the so-called economic bloc of the Russian government. I shivered, because the inhabitants of the floor, who literally the other day could not decide on the basis of what kind of oil prices now consider budgetary replenishment, went off in a joyful dance, and whether it was time to reset the Reserve Fund next year, so that “the enemy would not get "...

The dances in the economic block of the Russian Federation, which are not included in OPEC, became even more cheerful when the data appeared no longer about “confidential”, but about the most open part of the meeting of members of the Organization of countries - oil exporters. The material states that even if OPEC did not go on reducing the volume of oil production, by the third quarter of 2016, the consumption of “black gold” in the world had increased and the extracted “surplus” would have been bought on exchanges without delay. In general, if you believe OPEC, then the price of a barrel of Brent crude next year will average 55 dollars per barrel. The Ministry of Economic Development is preparing to once again adjust its forecasts ...

Returning to the decision to reduce oil production adopted by the OPEC countries, it is worth paying attention to the prerequisites. With all the romping rhetoric of the Saudis about the alleged "any oil prices that suit the country's economy," in fact, everything is very different. Thus, the International Monetary Fund, a few weeks before the decision was taken, OPEC presented the dynamics of the GDP of countries actively engaged in oil production. Dynamics speaks better than any experts.

Thus, the report states that at the current level of oil production, such states as Saudi Arabia, Oman and Bahrain, after 3-4, may be on the verge of bankruptcy due to the shortfall in huge amounts in state budgets. By October, the 2015 foreign assets of the SA had reached the level of three years ago, and for the first time in 8 years, Riyadh had to go to the way of issuing bonds to finance the resulting budget deficit. The deficit forecast for the current year is 20% of GDP! IMF experts added fuel to the fire and said that with such trends, the reserves of Saudi Arabia (about 600 billion dollars) would completely grow by the year 2020. For reference: the “oil” share of the CA budget is at least 90% of GDP.

In limbo, the UAE, where the surplus level of oil prices is determined at the level of 74-75 dollars per barrel. The accumulated reserves of the United Arab Emirates and Qatar (Qatar's surplus bar - in the 52 area of ​​dollars per barrel) are predicted for the 20 years ahead, but apparently the Saudis neighbors are pretty nervous, and have convinced the partners on the peninsula that they will not be able to lower production. .

Are there any non-OPEC countries that will benefit from a decrease in the level of oil production by the countries of the organization? It would seem, first of all, this is the Russian Federation. After all, the "partners" are going to reduce production, which means that the price of oil will creep up, and this is the budget revenues, which our award-winning representatives of the economic government sector have hoped for. But here we must not lose sight of such a "partner" as the United States. So, the Ministry of Energy of this country has already been counting on 6 for the last week both about the growth of hydrocarbon reserves and about the growth of production volumes.

Experts of the portal "Vesti.Ekonomika" are wondering how the United States manages to increase the volume of pumped oil, if the number of drilling rigs and "shale" capacities in the States has recently been reduced due to low prices for hydrocarbons? From the material of the mentioned portal http://www.vestifinance.ru:

The number of working drilling rigs is reduced, oil prices are not growing, which means it makes no sense to launch a new production. How to achieve production growth (in the US) remains a mystery.

The question with the background: aren’t Americans bothering with their reporting? ..

But what if they are really fooling, and what if the current price of a barrel of oil is really based primarily on accountability frauds emanating primarily from American "friends"? .. If so (and the probability is thought to be very high), then this the fake reporting bubble, having swollen to the limit, will sooner or later burst, and show the world oil revenge with a price jump of at least 30 percent.

In the economic bloc of the Russian government in such a case, a bottle of sparkling wine and new shoes with tap rings should already be in store ...