Turkish Foreign Minister: Turkish army to launch operation against IS in the near future

Turkey is going to start a military operation against the IG in the coming days. We are able to solve this problem. I note that at the same time it is necessary to think about resolving the Syrian crisis. The decision must be made within the framework of democratic principles. 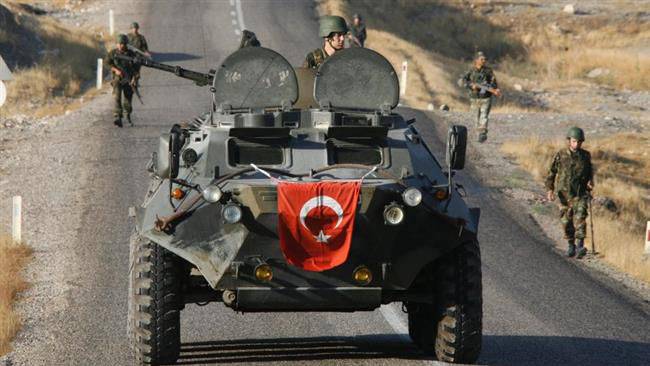 Sinirlioglu did not specify the territory in which the Turks are going to conduct an anti-Igil operation. Neither Iraq nor Syria sent official requests for military assistance to Ankara.

Even more piquant is the question of how things will be with the Kurds, who are fighting ISIS in Syria and Iraq, and who, it seems, support the States in this matter. Does it not turn out that, under the guise of fighting the IS, the militants of which, until now, for some reason did not have problems crossing the Turkish border, Ankara is going to proceed to the “final solution of the Kurdish question”?

Ctrl Enter
Noticed oshЫbku Highlight text and press. Ctrl + Enter
We are
Ankara said that she was “prevented” from conducting an anti-igil operation in Syrian Raqqa
Military Reviewin Yandex News
Military Reviewin Google News
41 comment
Information
Dear reader, to leave comments on the publication, you must to register.