Project "ZZ". The most powerful man in the world and his brain

November 5 2015
116
Putin again confirmed his global "influence." At least, this follows from the new rating of Forbes magazine: the Russian president is again in the first place, and behind him are Angela Merkel and Barack Obama. Well, the crowd. The publication of “The American Interest” indignant: Washington continues to gab, and in the meantime the Russians consolidate their leadership in Syria. In order to figure out the secret of Putin’s global success, Western psychologists have even begun to study (at a distance) his brain. 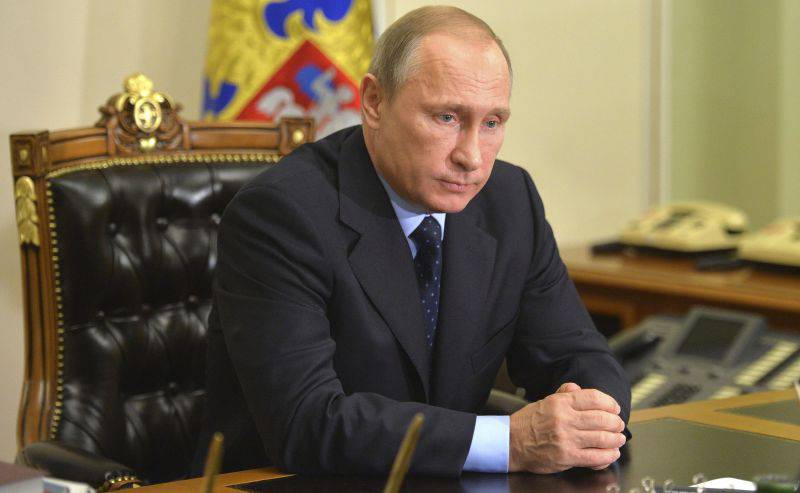 "Forbes" claims that men and women who fall into the magazine's annual rating (the rating for “most influential people”) is 0,00000001% of the world elite. These individuals — state leaders, financiers, philanthropists, and businessmen — actually "rule the world."

To compile a list of the “most influential people,” the magazine considers hundreds of candidates whose activities relate to the most diverse spheres of life. Their influence is “measured in four directions”: 1) power over a large number of people; 2) candidate-controlled financial resources (for heads of state, this is an indicator of GDP); 3) the power of a candidate in several areas (for example, Elon Musk proved himself in the auto business, in the aerospace industry, in technology, and he is also a billionaire); 4) the active use of their power by candidates (for example, the North Korean dictator Kim Jong-un (No. 46 in the new ranking) has almost absolute control over the life of 25 million people).

First place on the list again took Russian President Vladimir Putin. He becomes "the most influential" on the planet "for the third year in a row," the newspaper notes. Why so? The magazine believes that Putin continues to prove to the planet: he is one of those few people in the world who are strong enough to do what they want.

International sanctions were imposed against Russia because of the "seizure of the Crimea" and "proxy war in Ukraine", which led to a drop in the ruble exchange rate and a deepening recession, but in June Putin’s rating reached an all-time high of 89%. In October, he began to bomb IS forces in Syria, and then personally met with President Assad, which revealed the weakness of the United States and NATO in the region, and also helped restore Russian influence abroad.

In the second place in the ranking is “the most influential woman”, Angela Merkel, the German chancellor. She rose from last year's 5 place last year. Merkel’s “decisive action” regarding the problem of Syrian refugees and the Greek credit crunch, the magazine said, helped her rise on the list.

In third place - US President Barack Obama. There is no doubt that the United States today remains the most powerful economic, cultural, diplomatic, technological and military power in the world. However, Obama is entering the last year of his presidency, and it is clear that his influence is declining.

The decline in the world of American power is displeased and "The American Interest". The magazine points out that while Washington is scratching its tongue, Moscow is fixed in Syria.

Russia pulled ahead on the Syrian issue. Deputy Foreign Minister Mikhail Bogdanov said that his government invited members of the Syrian government, as well as opposition representatives, to meet in Moscow. Russia, according to the publication, supplied 100.000 tons of wheat to the “Syrian regime”. This is also about 120.000 tons.

And what has the coalition of US-supported ground rebel forces in Syria, fighting with the "IG"? It seems that this alliance is very weak, as it turned out recently from one “front-line interview” published in the New York Times.

The main power of the coalition is the Kurdish forces, against which unorganized Arab troops look weak. In addition, they do not trust the Kurds. An Arab warlord recalls that the Kurds are interested in the “Kurdish project”.

And in Washington, meanwhile, talk about democracy. However, the idealistic vision of the situation is somewhat different from obtaining results. As long as the Americans and their allies utter “lofty words,” the Russians are effective.

Do I need to clarify who becomes the leader in the region? The magazine does not name the names, but it reads between the lines that the leader did not leave Obama.

Kelly Riddell talks about this in The Washington Times.

Irish psychology professor Ian Robertson from Trinity College in Dublin conducted a whole chemical study comparing the brain of Donald Trump (the leader of the Republican Party election race) and the brain of Russian President Vladimir Putin. The expert is confident that these two people are psychologically similar, and this is confirmed by Mr. Trump's desire to “get along well” with Putin. The opportunity to get along seems to the psychologist to be quite likely.

“Both Vladimir Putin and Donald Trump are people with enormous power that they have long possessed. And we know that during a certain period, enormous power can lead the brain to a number of behavioral and personal changes. ”

According to the professor, achieving victory, whether in sports, politics or the business world, is the most important thing that shapes people's lives. Robertson studied the art of victory and the accumulation of power, and even wrote a whole volume on this topic - the book The Winner Effect. This book amused him, because the scientist realized that the whole thing ... in chemistry. 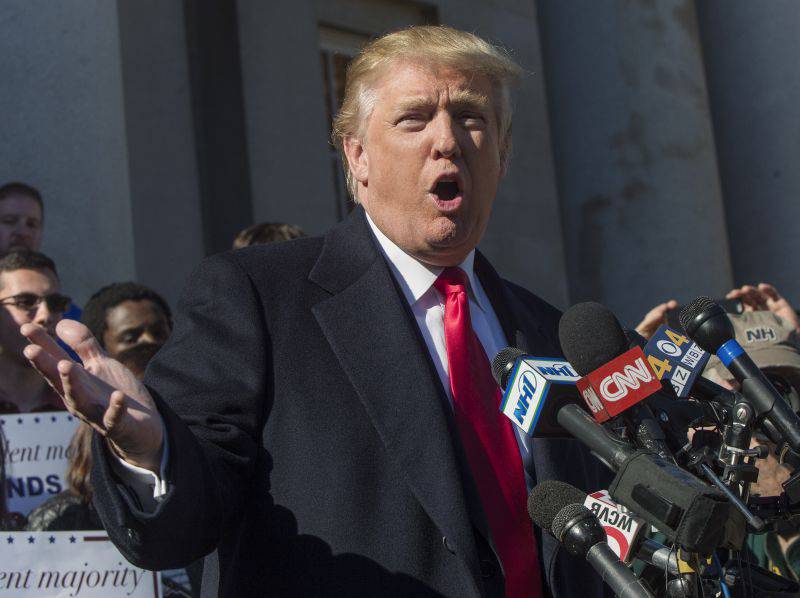 When people like Putin and Trump get high marks or establish dominance in any region or business, this increases their “sense of pleasure,” Robertson said.

The victory will increase the production of testosterone by the body, which, in turn, increases the amount of dopamine (dopamine) acting on the reward network in the brain. It "makes you feel better," says the scientist.

“This body reaction makes them (Putin and Trump) feel good, strong, a little smarter, more determined and gives them confidence in their own vision,” notes Mr. Robertson, talking about the body’s chemical reaction to victory.

However, dopamine has its drawbacks. He can improve the subject's judgment about himself to a certain extent. But if he stimulates the brain “for too long” and if it becomes “too much”, the subject can become “self-confident” and get the desire to acquire even more power.

This chemical process, the psychologist believes, can give rise to dependence on many types of personalities, expressed in additional victories and imperious achievements. Examples: Mr. Trump rushes to run for the presidency, and Mr. Putin enters troops into Syria.

And this “appetite” cannot be satisfied, says Robertson.

On the other hand, such “chemical” aspirations of leaders attract many other people.

Robertson recalls that Russians who have experienced humiliation after the collapse of the Soviet Union like what Putin is offering them. They feel that they are part of the power they exercise in the world. Together with the “tough” leader, they begin to feel “personally stronger”.

Mr. Trump behaves in a similar way to the American audience, expressing his successes and immigrants.

The statements of both leaders, having strong positions, attract the crowd, feeling “power” next to them. The development of oxytocin, which is responsible for the formation of social connections in the brain, causes the audience to “feel good,” says the professor.

The thing is, the scientist sums up, that most democracies in the world have come to the limit of the term of office of the rulers for a reason - from 8 to 10 years. “There is a reason for this,” Robertson summed up, not without irony.

It is a pity that the inherent irony of Mr. Robertson did not lead him to a deeper analysis, we add on our own. For example, the power of Barack Obama is not limited to the years of his stay in the Oval Office. Obama has been involved in politics since the last century: he was the senator of Illinois from the 13 electoral district from 1997 to 2004; he was then a senator from Illinois, until November 2008). And then he became president, and was re-elected in 2012 for a second term. The Nobel laureate and “peacemaker” Obama was one of those who started the war in Libya.

George W. Bush also came to the White House not from the bay. He distinguished himself as the governor of Texas (1995 — 2000), and only then “served” a couple of terms in the White House. This unleashed two wars - in Afghanistan and Iraq.

Probably, senators and governors in the United States should not be allowed into the Oval Office. Enough of dopamine!

Ctrl Enter
Noticed oshЫbku Highlight text and press. Ctrl + Enter
We are
Results of the week. “No, the military is not a profession. This is a sexual orientation ... "Presidents, general secretary, drug lord and other influential persons
Military Reviewin Yandex News
Military Reviewin Google News
116 comments
Information
Dear reader, to leave comments on the publication, you must sign in.