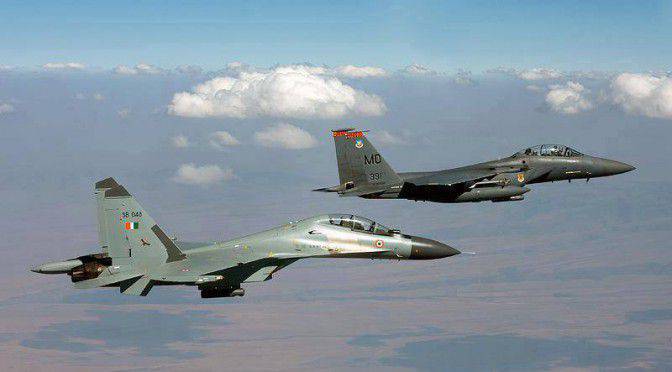 All week on the pages of “IN” they have been arguing about the Su-34 and F-15E tactical bombers. Whose winged ship was cooler? Battle-hardened “Strike of Needles” or our “duckling”, plowed all over Syria and showed the whole world what a real air war is. Some aesthetes are convinced that the best are the multi-purpose Su-30CM or the deck-mounted F / A-18F “Super Hornet”, but the debaters themselves cannot decide how to properly compare such heterogeneous planes.

The discussion, as always, quickly degraded to the level of a sandbox. Not knowing the facts, the esteemed public began to come up with arguments and set rather strange priorities on the go. Instead of discussing avionics, they spent half of their time evaluating aviation guns. Weaponsto put it mildly, secondary to bombers. It's a shame, gentlemen. No less “pleased” the authors themselves, having made a number of mistakes in their articles, while forgetting to pay attention to many important factors. In any case, S. Linnik and K. Sokolov express my gratitude for the initiation of interest in this topic.

An analogue of the F-15E Strike Eagle fighter-bomber in the Russian Air Force should be the attack Su-34, and not the multipurpose Su-30CM.

It is Su-30CM that is analogous to F-15E, and Su-34 stands apart in this comparison.

Gentlemen, they do not hit the passport in the air, they hit it in the face. All of these aircraft are designed for striking ground targets. All have outstanding dimensions, features and price. The best of the best. Elite. Fighting vehicles "first line". “Eagles” and “Drying” perform the same tasks. And if so - they are objects for comparison.

The concept of which aircraft is most adequate to the realities of the modern world?

His name is LANTIRN. In translation - night sighting system for work at low altitudes. It was she who was the main feature of the Eagle, and it was under her that the F-15E was created in the distant 1986 year. It was believed that LANTIRN will bring tactical bombers to a fundamentally new level.

A pair of overhead containers with a radar warning of ground obstacles, a pair of infrared cameras, a laser range finder, target tracking sensors and a line-of-sight correlator for Mavrick rockets.

Later, LANTIRN containers appeared on other combat aircraft (for example, F-16, starting with the “40 Block”), but the pioneer “Eagle” became a pioneer in the field of such systems. The mentioned Sniper is a further development of the LANTIRN, while it is not focused on small heights, but on high-precision bombings from the stratosphere. 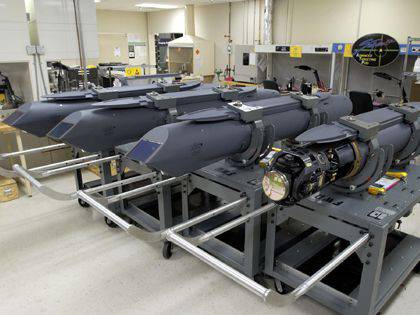 Due to obvious reasons of a socio-economic nature in the armament of the Russian Aerospace Force, target-navigation containers are absent. This dramatically reduces the capabilities of existing fighters (Su-27, MiG-29) to combat ground targets. On the other hand, the national strike aircraft uses built-in aiming systems - the SVN-24 “Hephaestus” (Su-24M), “Platan” (Su-34), “Kaira” (which has already become history, MiG-27K). How good they are in comparison with LANTIRN - let's leave this question for discussion by the ISIL militants.

A lot of copies were broken around the Su-34 armored capsules.

117 aircraft and 333 helicopters, most of which were hit by fire from the ASC. The legendary “stinger” remained a cheap scarecrow, the 3 / 4 aircraft of the 40 army suffered all losses from the Basmach guns.

4 December 1982, combat loss of Su-17m3 aircraft, 136 apib (Chirchik), departure from Kandahar airfield, deputy. AE com Major Major Gavrikov - senior pilot art. Lt. Khlebnikov. The line from the SADC passed through the cockpit. In all likelihood, the pilots died in the air, so no one catapulted.

17 January 1984 g., Combat loss of Su-17m3, 156 apib (Mary-2), departure from the airfield Shindant. After dumping the aircraft, the plane at the pinout was crashing into a mountain and exploded. When inspecting the crash site, bullet holes were found in the K-36 headrest, most likely the pilot was killed during the shelling at the time of the withdrawal.

If those pilots were in the Su-34 cockpit, they would have survived. 17-mm titanium is enough to stop bullets fired from any weapon.

The topic of a separate conversation was the exorbitant “excesses” on board the Su-34. Too wide double cabin, bio-toilet, kitchen, sleeper (for a tactical bomber, whose combat departure duration does not exceed a couple of hours!). Had this happened on an American bomber, they would have ridiculed him - “they cannot fight without diapers and Coca-Cola”.

For some reason, equipped with an entrance from the bottom of the fuselage. Finally, the “Duckling” has to drag an entire gas turbine generator into the sky! Does this mean that domestic designers have lost their mind?

In “Drying” everything was done very well. The advantages of a double cabin are known since the F-111: the best ergonomics and coordination between the pilot and the weapon operator. A tiny microwave, a sleeping bag and a bio-toilet - everything fits in the place of the access hatch in the floor at the back of the cabin. It is not excluded that “Drying” someday will have to act as a “pocket” strategic bomber, as its ideological mastermind, F-111, needed. 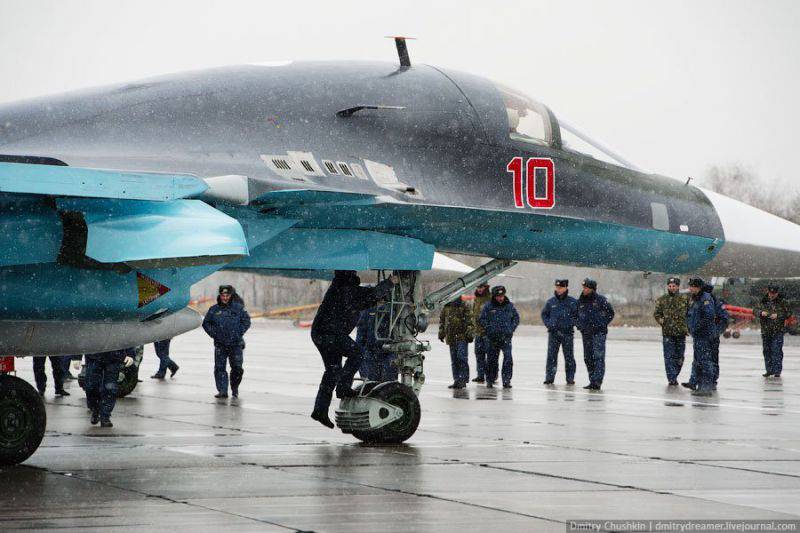 Entrance through the niche of the front landing gear. At a minimum, such a solution prevents precipitation from entering the cockpit, which is quite inconvenient for conventional fighters with a sliding / tilting lantern.

The story of the gas turbine generator has a simple explanation. The 105 kW generator is located in the Su-34 tail boom and, in addition to its main function, is a counterweight ballast for the 1,5-ton armored cab. Without it, “Duckling” would have buried its nose in the ground. 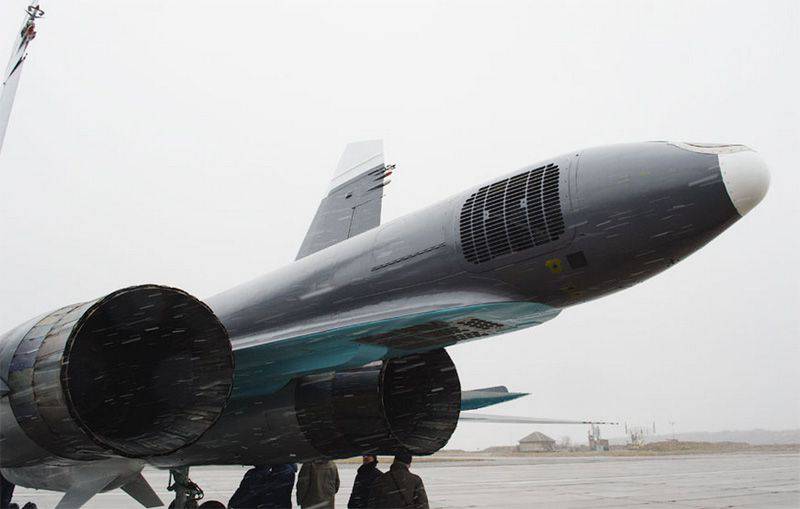 Initially, the radar of the rear hemisphere was planned to be installed on this site, but due to its dubious combat value and high price, the designers opted for an auxiliary gas turbine installation. The presence of an autonomous generator allows pilots to be on duty at non-equipped airfields, while in the cockpit in the warmth and with powered on-board equipment, in readiness for quick engine start and accelerated take-off.

However, to operate such a powerful, complex and expensive aircraft from unequipped airfields can only come to a head. In reality, they are located at the best air base of Syria, where they are cherished from all sides, as befits superplanes for a hundred million dollars.

Considerable popularity gained news from Syria that the latest Russian developments allow the use of free-fall bombs with an accuracy corresponding to the best models of the WTO.

This news at lunch a hundred years. Sights with an analog computer were widely used during the Second World War. By the end of 50's, they had reached their perfection. The AN / ASG-105 bomb-sight calculator mounted on the F-19 fighter-bomber, linked to the navigation machine, provided automatic blind-bombing from horizontal flight, with tailing-in and over the shoulder.

The main difficulty was not so much the calculation of the trajectory of the bomb, as the receipt of data on the exact location of the object. Modern researchers are trying to answer this question by inventing more and more complex LANTIRNs, Hephaestus and Platans for work at night and in adverse weather conditions. With infrared and TV cameras, radar with synthetic aperture and a set of sensors to monitor the target.

The main question is not whose better. Does she need a bomber?

And if the lighter and more maneuverable Eagle still has a chance to use cannon armament at ground targets and in the air (the only time he had to shoot at the attacking al-Qaeda fighters in 2002 year), then the 45-ton Su-34 has no such possibility .

Disputes about the capacity of fuel tanks also do not make sense, if there are systems for refueling in the air. Air tanker conducts to the target and will meet you on the way back.

Moreover, the Orlov and Sushek fuel system has approximately similar indicators. The only advantage of the F-15E is the US Air Force's refueling system using a rigid “boom”. This allows you to double the pressure in the system and reduce the refueling time. Secondly, the process itself simplifies - the pilot can only follow the tanker, the operator of the rod will do the rest. 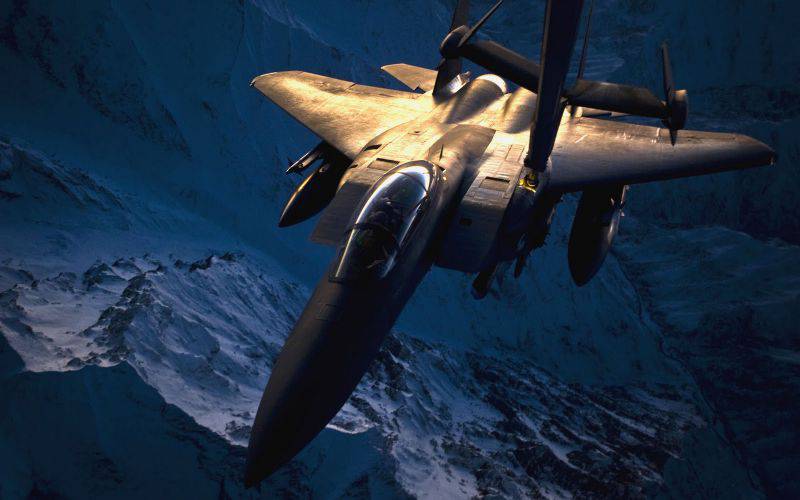 The author points out about the difference in the target detection range between the Su-34 Sh-141 radar complex and the F-15E AN / APG-70 radar.

APG-70 is the last century. Since 2007, the Eagles have equipped the APG-82 radar with AFAR

In general, comparing the American F-15E Strike Eagle and the Russian Su-34, it can be noted that these machines are at a different stage of life. Su-34 is just beginning its long service, and F-15E is already preparing for its completion.

By the time of the combat debut of the Su-34, the Eagle's fire path was 30 years. Five countries in solid ruins.

In general, the layout is as follows. 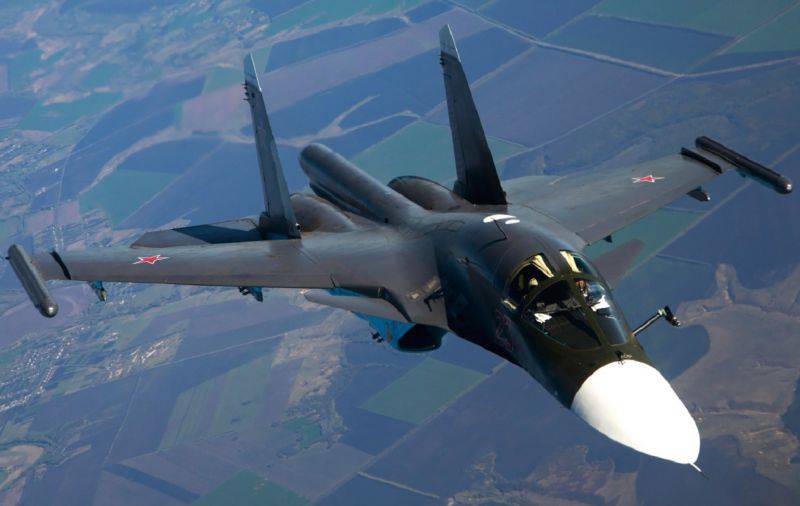 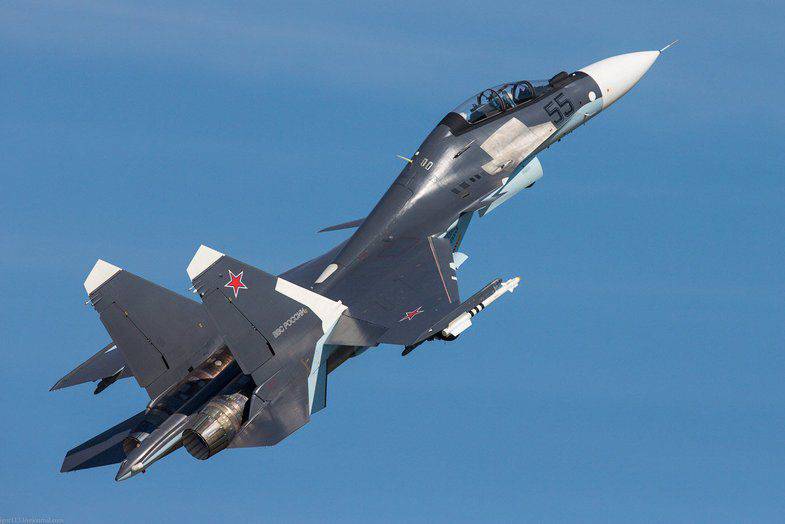 Empty 18 t, max. takeoff ~ 29 tons. Close to the ideology of the Eagle. Due to the lack of sighting equipment for work "on the ground", in domestic VKS performs the functions of a fighter. 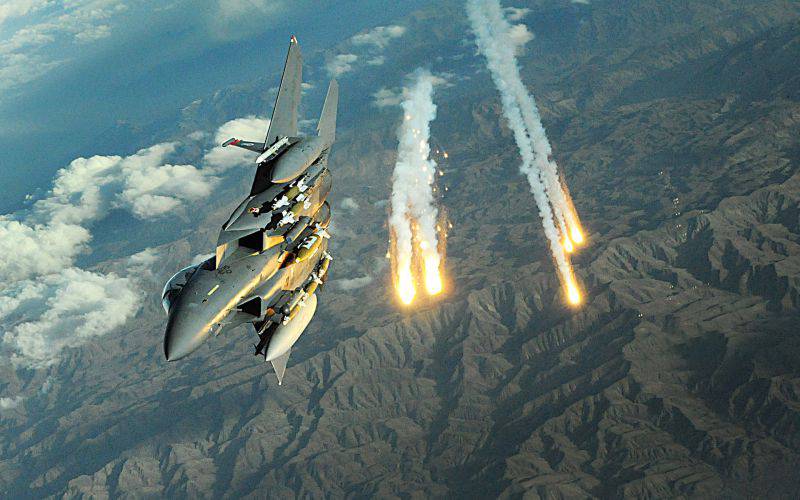 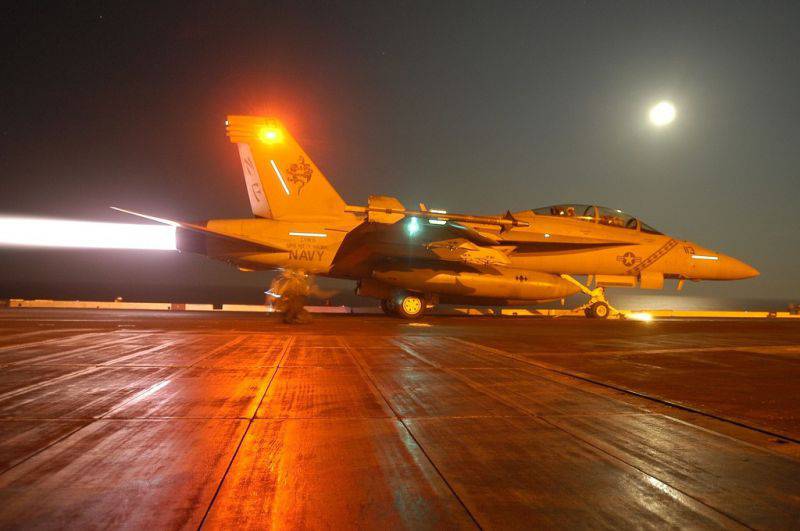 It is lighter and smaller than the “Eagle”. Retain all its properties, with the exception of a lower combat load. Extremely maneuverable. According to the chief designer of the Su-35, the “Super Hornet” is not inferior to the “Drying” in the melee. It has the smallest visibility among all fighters of the 4 + generation (ESR = 1,2 m). According to the US Navy, the duration of the Super Hornets' sorties reached 13 hours. Fighter-bombers took off from an aircraft carrier in the Arabian Sea, refueled and hung for hours over the mountains of Afghanistan.

Who will win this correspondence battle? Who is the most advanced tactical bomber?

The design of Orlov, Sushchek and Hornets has a common flaw. These strike airplanes are based on air superiority fighter aircraft. With a small load on the wing. The main mode - subsonic flight and maneuverable air combat.

Wing average elongation does not have the necessary rigidity. When making supersonic throws, the shaking begins, exhausting the crew and causing damage to the structure.

For bombers, you need a rigid wing with a high load, which levels the negative effects of turbulence on supersonic flight modes. Along the way, helping to reduce drag and fuel consumption.

F-111 solved the problem by folding its wings behind its back. Effective, but not the most effective way. 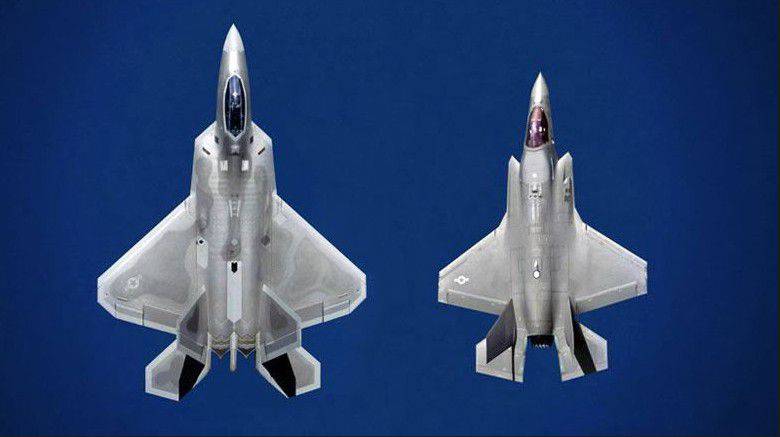 Having built the “Raptor”, the Yankees created a universal aviation complex to destroy air and ground targets. Rigid trapezoidal wing of small elongation is perfect for breakthroughs to targets at supersonic speeds. And after the deadly cargo is dropped, the F-22 turns into a full-fledged fighter capable of standing up for itself in a melee.

Perfect air fighter! Due to the reduced visibility of such an aircraft has a great chance to perform a combat mission. Additional benefits are provided by a radar with active phased array having a better sensitivity when detecting ground targets. The creators of the F-35 went the furthest: its APG-81 radar has a max. 30 x 30 resolution. See. Using such a device it is possible to distinguish a tank from a BMP from the stratosphere.

Ctrl Enter
Noticed oshЫbku Highlight text and press. Ctrl + Enter
We are
F-15E vs. SU-34. Who is better?Strike Raptor and Bombcat. Fire from heaven
Military Reviewin Yandex News
Military Reviewin Google News
191 comment
Information
Dear reader, to leave comments on the publication, you must sign in.