Reflections in pursuit of Serdyukov

November 5 2015
157
There is no sense in discussing the new appointment of Anatoly Serdyukov in the state-owned corporation Rostec, nor is there any point in commenting on the rumors about the imminent release of Nadezhda Savchenko. There is simply a new discrepancy between patriotic rhetoric and liberal content, which leads the country along a direct road to a revolutionary situation. It is now clear that 2016 will largely determine the year, and primarily for socio-economic reasons. 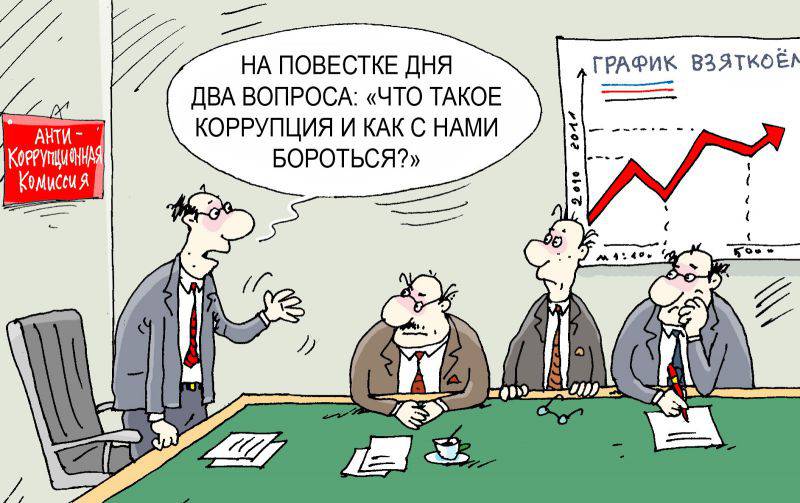 September 16 The 2016 will be held elections to the seventh convocation of the State Duma - a time when the secret struggle will become apparent. By the last 2011 election, Navalny and the White Ribbon project already existed, and we must honestly admit that there were thousands of truly dissatisfied people on this White Ribbon, and not just the notorious opposition party. It was these people that made up the mass of Bolotnaya, and not at all propagated by Makarevich and Ahejakova. And there will be more and more dissatisfied from among ordinary citizens, employees of enterprises and the public sector - a liberal economy, originally built on an unfair distribution of income, leaves them no choice.

The Americans are now using the same tactics against the Russian Federation as the Anglo-French intelligence used against the Russian Empire in the First World War: worsening the socio-economic situation through agents of influence in the highest echelons of power, a coup with the subsequent coming to the management of people who should manage this to destroy. If we really follow the classics, then they will try to combine the economic decline with military defeats.

If the current leadership of the Russian Federation overcomes the 2016 milestone of the year, then the 2018 year will loom before them, to which the country has every chance to come up with even weaker indicators, while opponents will have time and arguments for treating the masses.

The direction that we usually call nationalism is developing separately. But it would be more correct to call it radical patriotism, which sharply poses important questions to society. Why do we need a state that puts international legislation above national? Why do we need a state that recognizes 1990's mortgage auctions that have transferred national wealth to oligarchs? What is the value for the people of such a state? In fact, such slogans can get a dozen four, without even thinking, and argue with each of them is impossible.

The value of the state is determined by whether large masses of citizens are ready to go outside in its defense. Exit not for 500 rubles per hour and not by order of the head under the threat of dismissal, but at the call of the heart. If people prefer to be "patriots" at home in front of the TV, or even more so to go out en masse against their own state, then the fate of such a state is extremely unenviable. For example, by 1917, the citizens of the Russian Empire suddenly discovered that they no longer needed the empire. That is why Nicholas II could not find at the critical moment a single true to himself unit.

If Russia is doomed to revolution, then precisely radical patriotism will become its ideology. Just because there is no other idea that the population could be carried away by it, because they are tired of all the quarter century Terry liberalism disguised as a great power, where we have seen the divergence of words and deeds for many years.

We will not go far for an example. Yes, the president returned Crimea to Russia, correcting historical Khrushchev’s mistake, which was repeatedly reported to us by all federal media and officials. But what about another, even more terrible mistake of Nikita Sergeevich? We are talking about the transfer of the Naursky and Shelkovsky region (at that time absolutely Russian in national composition) from the Stavropol Territory to the Chechen-Ingush Autonomous Soviet Socialist Republic in 1957. Unlike the Crimea, Russians in these lands really suffered and exterminated by tens of thousands. By right of the winner, the Kremlin could and should have returned these areas back to the Stavropol Territory, but this was not done. And this is just one example.

At the moment, there is an organizational crystallization of those who are dissatisfied with the current path of the country's movement, primarily economic. The program of Glazyev that was announced not so long ago became the flag around which opponents of the current liberal economic course are grouped. In fact, the patriots of the economy make the last attempt to reach the first person of the state by peaceful means. If their requests are not heard, then tectonic shifts will begin in the very near future both in the Center and in the regions. Their echoes are already audible, for example, in the case of a deputy from Karelia, who said in May that if the Russian Federation does not see the plight of the republic, then a referendum should be held and separated.

There are no grounds for considering a full-scale civil war in Russia modeled on the 1917-23 years. if only because for such a war we need two full-fledged parties, behind which the masses stand. Both whites and reds had such a resource. For radical patriots today there is popular support. For liberals - no. Non-system liberals can count on the party level "peace march" that, as already mentioned, a drop in the ocean, even by the standards of Moscow. The system liberals have far greater resources: they have the power and financial capabilities of the state under them - but these resources will operate smoothly until the system created by them begins to crumble openly. Without control over the power apparatus and the budget, the system liberals are nothing and can not be called.

Now it is very fashionable to talk about the red lines. According to a subjective assessment of a fairly wide range of experts - political scientists, historians, economists - the Russian leadership is now just before such a line. If you slow down right now, then you can stop a millimeter in front of the abyss. If a little later - no longer.

I regularly monitor the speeches of patriotic independent economists and notice the pattern: every month their statements about the country's leadership and the first person personally become more and more radical. Similarly with independent political analysts. Moreover, these people cannot yet be called radical patriots in the full sense of this concept, but they are literally drifting in that direction. What will happen next year, to the elections-2016, it is difficult to even imagine.

Ctrl Enter
Noticed oshЫbku Highlight text and press. Ctrl + Enter
We are
The release of Savchenko. Implications for Russia and UkraineThe trial of Nadezhda Savchenko. Will the sentence be strict?
Military Reviewin Yandex News
Military Reviewin Google News
157 comments
Information
Dear reader, to leave comments on the publication, you must sign in.