November 10 2015
2
Russian parliamentarism was not a gift at all.


February 19 (old style) 1905 of the year, immediately after the manifesto with an appeal to all faithful sons of the Fatherland to fight the sedition Nicholas II signed a rescript addressed to the Minister of the Interior of the empire Alexey Bulygin, which said: “I intend to attract the worthy, trust people clothed, elected from the population of people to participate in the preliminary development and discussion of legislative proposals. " The sovereign was aware of the inevitability of endowing the population of Russia with basic democratic freedoms, the main one being the people's representation in power.

By the decision of Nicholas, the first legislative Duma in Russia was to meet no later than mid-January 1906. By the name of the then Minister of the Interior, she became known as Bulygin.

The elections did not become equal and direct: some categories of the population were excluded from the procedure, for example, women, military personnel, students. For those times it corresponded to democratic standards of other countries.

In June, 1905, Nicholas II received a people's deputation, consisting of municipal and district leaders. Speaking in front of them, he noted: “Drop doubts. My will — the Tsar's will — to convene elected by the people is adamant. Let the unity between the Tsar and all Russia, communication between me and the Zemstvo people, which will form the basis of an order that corresponds to the original Russian principles, be established, as it was before. As the historian Peter Multatulli notes: “Nicholas II sought to create an elective representation meeting the peculiarities of Russia, which would become an active assistant to the Supreme Authority, and not a meeting of“ orators ”. This was its main difference from the liberal, opposition circles, which saw in the institutions being created only a copy of the western parliaments, and the Tsar - a constitutional monarch in the Western manner. ” 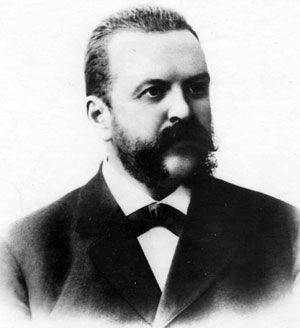 State reform was planned to be developed without haste, but in the fall of 1905, a general strike began. The economic recession and revolutionary terror were fueled by the failures of the Russo-Japanese War. In such a situation, the king, on the one hand, actively pushed for the establishment of a dictatorship, on the other, offered to make the widest possible concessions to the “public”, which consisted of a thin layer of liberal-minded intellectuals.

Nikolay made a compromise and, taking measures against the revolutionary boozy, ordered the working commission to gather in Peterhof in October to discuss the statutory provisions on the new state structure. Sense, as expected, turned out to be a little. Most of the forum participants were clearly frightened or repressed by the unfolding revolutionary terror. Even the pacifier of rebellion in St. Petersburg, General Dmitry Trepov, was not sure that he would be able to overcome the unrest in the country.

At this time, the sovereign received a letter from Count Witte, in which he asked for an audience with him. Sergei Yulievich has just returned from the United States, where he signed a peace treaty with Japan, according to which (at the insistence of Nicholas II), the winning party did not receive a penny of indemnity. This was considered a great victory for Russian diplomacy, and Witte felt like a hero of the nation.

He can be called a court careerist with a hypertrophied thirst for power and glory. At one time he was categorically against any elected bodies, assuring the king of their incompatibility with the autocracy. Now the count has radically changed his views and insisted on the speedy granting of freedoms to the people. The basis of his policy, he put the inevitable split in the ranks of the opposition to obtain freedoms, which was supposed to weaken the onslaught of the revolution and bring paid peace to the society.

Sovereign under the onslaught of arguments, Witte appointed him chairman of the Council of Ministers, instructing to develop a package of documents on the upcoming elections to the Duma, reserving the final word.

We, Nicholas the Second

30 (17) October 1905 was announced the royal manifesto "On the improvement of the state order", which was supposed to put an end to the excesses of the revolution. The document, in particular, said: “By the grace of God, WE, Nicholas the Second ... declare to all OUR loyal subjects:

... From the unrest that has now arisen, there can be a deep disruption of the people and a threat to the integrity and unity of the Power of Our.

The great vow of the Tsar's ministry commands us with all the powers of the mind and the power of OUR to strive for an early end to the unrest that is so dangerous for the State. Having commanded the authorities to take measures to eliminate the direct manifestations of disorder, atrocities and violence, in the protection of peaceful people seeking to quietly fulfill their duty, we ... entrust ... the implementation of unwilling OUR will:

1. Giving the population the unshakable foundations of civil liberty on the basis of the real integrity of the person, freedom of conscience, speech, assembly, and unions.

2. Without stopping the targeted elections to the State Duma, now attract to participation in the Duma, to the extent possible, the corresponding brevity of the term remaining before the Duma’s convocation, those classes of the population who are now completely deprived of voting rights, thereby granting further development of the general electoral right to the newly established legislative order.

3. To establish as an unshakable rule that no law could perceive force without the approval of the State Duma and that those chosen from the people should be allowed to actually participate in the supervision of the regularity of actions set by the authorities of NAS.

We call upon all the faithful sons of Russia to remember their duty to the Motherland, to help end this unheard-of confusion and, together with US, exert all forces to restore silence and peace in their native land. ”

When historical the decision took place, Witte hastened to congratulate the emperor on finding in the person of the Duma a faithful assistant and support. He, hiding his irritation, remarked: “Don’t tell me that, Sergey Yulievich, I understand perfectly well that I did not create an assistant for myself, but an enemy, but I console myself with the thought that I will be able to cultivate a state power that will be useful in order to be useful in the future to provide Russia with a path of calm development, without a sharp violation of the foundations on which she lived for so long. ” As time has shown, hopes did not materialize.

Ctrl Enter
Noticed a mistake Highlight text and press. Ctrl + Enter
We are
Chita Republic. 110 years ago, the Trans-Baikal Uprising was suppressedChronicles of the Second World War: women in war
2 comments
Information
Dear reader, to leave comments on the publication, you must to register.