November 5 2015
207
I wrote several articles about him on “VO”, enthusiastic, made my contribution to the creation of his heroic image. Reflected the spirit, the mood of those days, and do not regret it at all. So it was, Strelkov became the banner of resistance of the Kiev Bandera junta in the summer of 2014 of the year ... 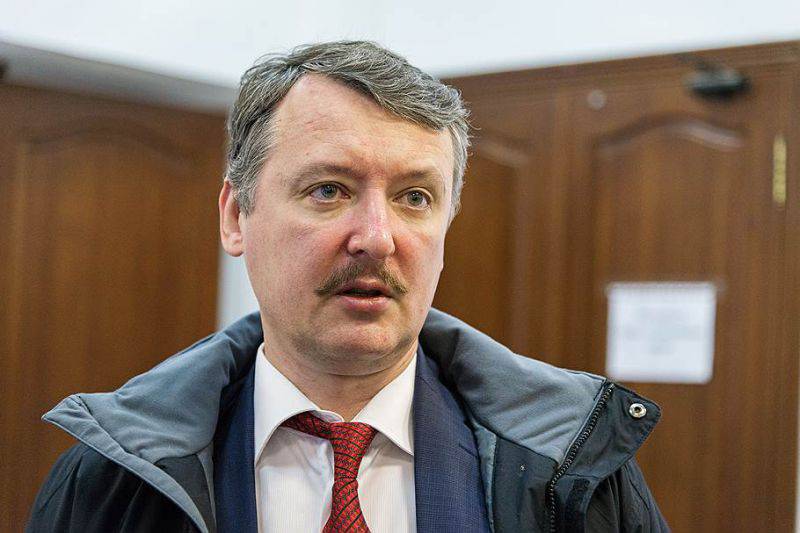 There was a latent thought that he was carrying out a certain mission, he had a connection with a certain center in Moscow, from the FSB or the GRU, or SVR ... Although only ukroSMI wrote about this, many of our commentators believed this, here they achieved their goal. Now it is clear that it was a lie: Strelkov acted at his own peril and risk, having a small circle of supporters in Moscow.

Today's conspiracy theories about the Strelkova mission in the Donbass seem far-fetched, there are no serious facts behind them. And there is no need for this conspiracy, when everything is explained much simpler: such cases in the military-political stories lots of. There was even a stereotype: good generals are always useless politicians. There are, of course, exceptions, like Napoleon, but these are exceptions, they didn’t become Strelkov.

And when the commander-in-chief gave the order to switch to strategic defense in Ukraine, when the decision on the possible deployment of troops was canceled, Strelkov did not obey this order, began to challenge the new strategy of Moscow. In general, the constant confrontation of Strelkov with people representing Putin in Donetsk, the conventional “Surkovs”, already raised questions: after all, they were the “real Putin” in Donetsk ...

When this confrontation was supplemented by a war with its former like-minded people, Beard, many Donetsk commanders, the situation became generally absurd. But the war continues, the world hybrid war, and how do you want it to be understood? After all, Strelkov became, in fact, the leader of the Putin merged party! And even hints at the possibility of a “patriotic” Maidan in Moscow!

In Slavyansk, Igor Strelkov spoke about Orthodoxy, about his commitment to the faith of Christ. So, from the point of view of faith, he fell victim to the sin of pride, it can be seen with the naked eye. He is not the first, and he is not the last, but it is a pity, we both believed in him! As an Orthodox person, Strelkov should know this, and humble his pride. The theologians say that the greatest sinners are priests, because to whom much has been given, from that and the demand is special, this can be attributed to Strelkov.

Yes, Strelkov raised the banner of New Russia, but dropped it. It became clear to me when he stated in one interview: “I pulled the trigger of the war ...” This is a lie and a terrible sin of pride. On the trigger of the war, the Bandera Nazis were pressed when the 2 of May of 2014 held a public terrorist act in Odessa and burned dozens of people to intimidate all of Ukraine. This was said by the militia to the camera that it was after the tragedy in Odessa that they took in hand weapon.

It's sad to part with dreams, but you have to grow up: the fronts of hybrid warfare require cold-blooded fighters who understand the maneuvers of their generals and trust them. Commanders in war do not change!

All of Strelkov’s analytical predictions about the development of the war in the Donbass did not materialize, and they all predicted the defeat of the militia. Because they were dictated not by the military situation, but by ideological considerations, it seemed that the Donbass would be crushed without Strelkov. If he was wrong about the Donbass, who still knew what his predictions about the operation of the Russian videoconferencing system in Russia are worth? Exactly the same, because they again come from the old ideological attitudes.

The gunners are fixated on the need to introduce troops to Ukraine, that is, a full-scale war with the Kiev junta, and all other options for it have ways to defeat and defeat, including in Syria. How to call it? The Romans said, God, spare me from such friends and advisers, and I will deal with the enemies myself. When to attack, and when it is necessary to stand on the defensive, it is up to the commander in chief, not the colonels and political scientists.

Behind this completely ideological promise of Strelkov, to which the Brzezinski state staff (!) Are pushing us, seems to be the work of a certain “brain staff”. They say that "the king makes retinue," and politics, too, and Strelkov very unlucky in this regard. He got a "retinue", which does not want to give anyone the honor of the saviors of Russia, and share this honor, and gives him appropriate advice.

She did not save him from rash statements, and when they were made, she did nothing to at least disavow them. And now his scandalous statements have become arguments of our political opponents in Ukraine. If Igor Strelkov does not leave this circle of “political scientists”, he will not understand that it is not Christian to strive for fame at any cost, his image will fade even more in my eyes.

We will still lose many, in many and in many ways we will be disappointed, for the sake of victory in the new war with the West, one for all, for which we will not stand at a price, as they say ...

Ctrl Enter
Noticed oshЫbku Highlight text and press. Ctrl + Enter
We are
Behind the Scenes of the GRUGru destroy ?!
Military Reviewin Yandex News
Military Reviewin Google News
207 comments
Information
Dear reader, to leave comments on the publication, you must sign in.