Kartapolov: Syrian opposition agreed to cooperate with the Russian Federation and began to provide it with substantial assistance in the destruction of IG facilities 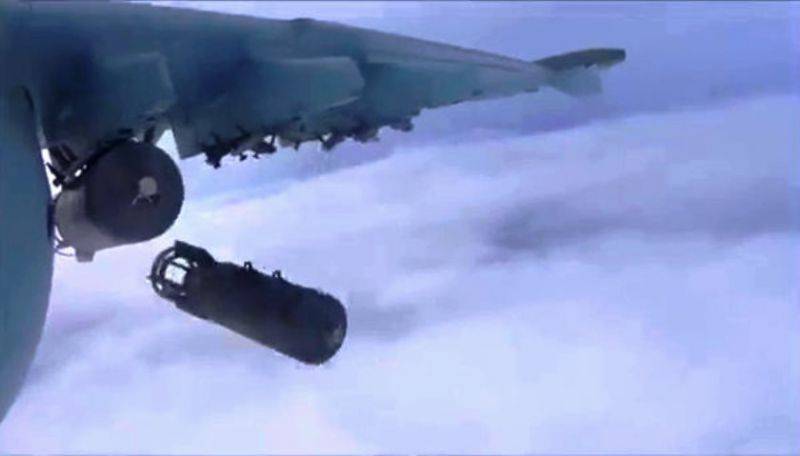 “We have repeatedly declared our readiness to cooperate with all Syrian patriotic forces fighting against terrorists from ISIL and Dzhebhat an-Hycry.” I want to inform you that within the framework of creating a broad international coalition to combat terrorism in the Middle East, we have established contacts with the leaders of the Syrian opposition and field commanders of a number of formations. ”- said the colonel-general.

He noted that "these patriotic forces, despite the four-year confrontation with government forces, put the idea of ​​preserving Syria as a single independent state, free from ISIL and other terrorists of all stripes, above their political ambitions."

According to him, to date, the opposition has already transferred to the Russian military "the coordinates of the 24 objects of terrorists, on which the VKS attacked with high-power ammunition and high-precision CAB-500 bombs in Tadmor, Deir ez-Zor, Ithria and east Aleppo.

“In total, since the beginning of the operation, the aircraft of the Russian Aerospace Forces made 1631 combat sorties and struck 2084 objects of the military infrastructure of terrorists. During the attacks, including, destroyed 287 various control points, 52 terrorist training camps, 40 factories and workshops for the manufacture of land mines and missiles, 155 various ammunition depots and fuel "- said Kartapolov.

He noted that “as a result of our actions aviation "they managed to disorganize the system of management and supply of gangs that had been developing for quite some time, inflicting tangible losses on the terrorists, undermining their morale and convincing their patrons of the futility of further funding for outright bandits.”

In addition, according to the general, the pilots of the Russian Federation and the United States conducted a "joint training on the actions of crews and ground services in cases of dangerous rapprochement of aircraft over Syria."

“As we have already reported, last week a corresponding memorandum was signed between the ministries of defense of the Russian Federation and the United States. Today (3 in November) at 11 in the morning, Moscow time, a joint training session of the US and Russian AFs took place on the actions of crews and ground services in cases of dangerous convergence of aircraft, ”he said.

Kartapolov stressed that “during the training, issues of warning, organization and interaction, information exchange between the headquarters of operational groups and command and control centers of the Russian Aerospace Forces at Khmeimim airbase and US strategic air operations center in Qatar, as well as mutual information about dangerous military activities were worked out in the airspace of Syria. "

“Aircraft crews of the Russian Aerospace Forces and the international coalition in a specially designated zone made nautical miles closer to the minimum safe distance at 3, established communication with each other at a predetermined frequency and exchanged messages about their flight parameters in Russian and English.”- he said.

The general noted that after the return of the aircraft to the airfields, a debriefing took place "along the direct line established between the control points of the Russian Aerospace Forces on Khmeimime and the US Air Force in Qatar."

Safety contacts have been established with the Israeli side.

“A joint work was organized with Israel to ensure flight safety. There is a “straight line” between the Aviation Control Center at Khmeimim Air Force Base and the Israeli Air Force Command Center, which is constantly exchanging information about the air situation over Syria. ”- said the general.

Further work in this direction "will create conditions for preventing possible situations in the airspace of Syria during the actions of the Russian Federation and other states," said Cartapolov.