In Donetsk, laid the Alley of national unity 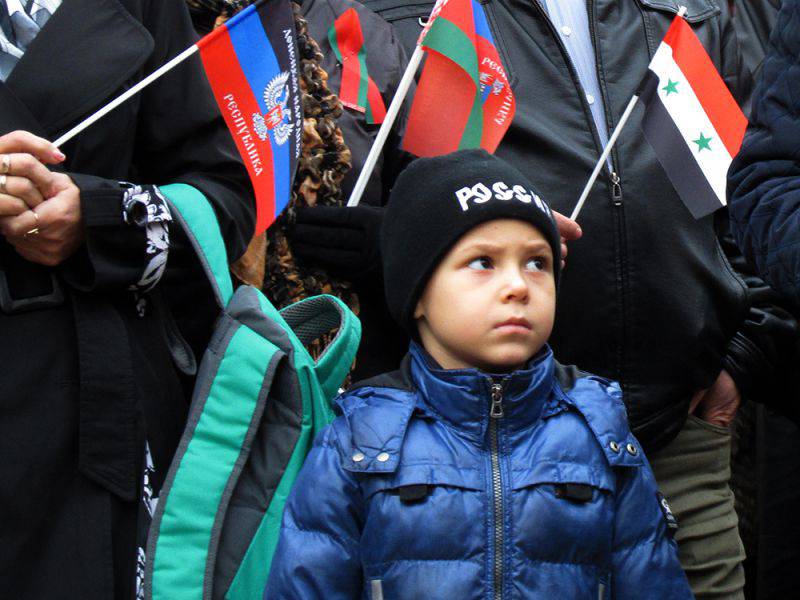 Recently, the residents of Donetsk, who have already managed to get used to the truce a little, start to shudder again with alarming, loud noises. However, the Pitmen retain a sense of humor. “There are such negotiations in Minsk that we can hear outside the windows,” people are jokingly bitterly. It is especially hard for those who left Donetsk in due time and have now returned in the last couple of months. For them, in general, any sound of working artillery is new, and they often simply do not know how to react to it.

Those areas that are located at the very front line - Putilovka, Volvo Center, the villages of Spartak, Oktyabrskoye, Zhabunki, Vesyoloye - are especially keen on the situation. According to the Donetsk agency News (DAN), on November 2, four DPR servicemen were injured in shelling. According to the agency, APU fired more than two hundred mines with a caliber of 82 and 120 mm along the northern outskirts of Donetsk - the airport district and the village of Spartak.

Social network users spread information about the death of 13-year-old girl Vika Faterina (there is no official confirmation of the information at the moment, so there is hope for the best).

In addition, as a result of the attack of the ukrokaraley, the roof of a residential house in the village of Staromikhailovka was destroyed. Fresh fragments from Grad were found there.

Life, however, continues. Donetsk People's Republic does not stand aside neither from sorrows, nor from holidays of Russia.

You can argue a lot about such a holiday as 4 November National Unity Day (which, unfortunately, they tried to substitute for 7 November), but in those territories that always affected Russia, all holidays have a completely different meaning. At a time when both the Crimea and the Donbass were part of Ukraine, the inhabitants of these regions always tried to find any excuse to demonstrate their commitment to Russian peace.

Representatives of various national communities of the DPR - Greeks, Syrians, Jordanians, Armenians, Jews, Latin Americans, Bulgarians, Abkhazians, Ossetians, and others - took part in the celebration. They planted a seedling. This alley was the prologue to the creation of the Garden of Friendship of Peoples. 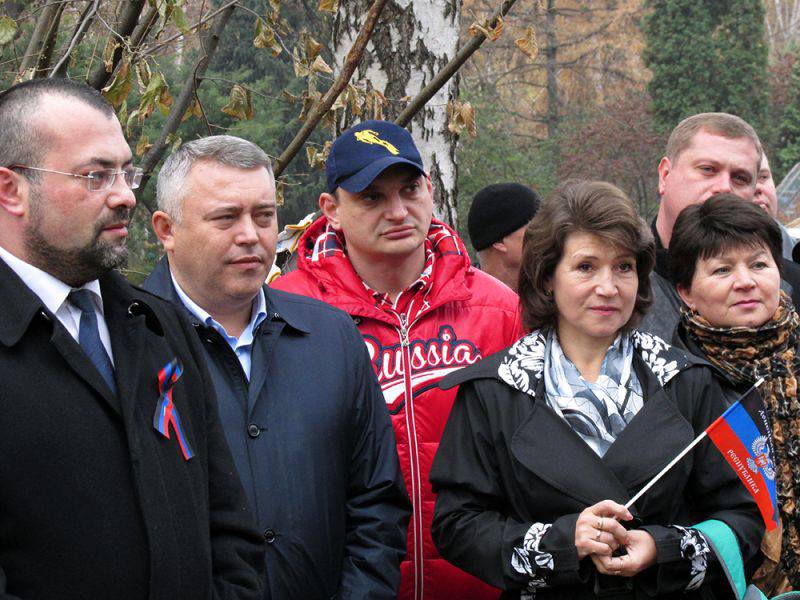 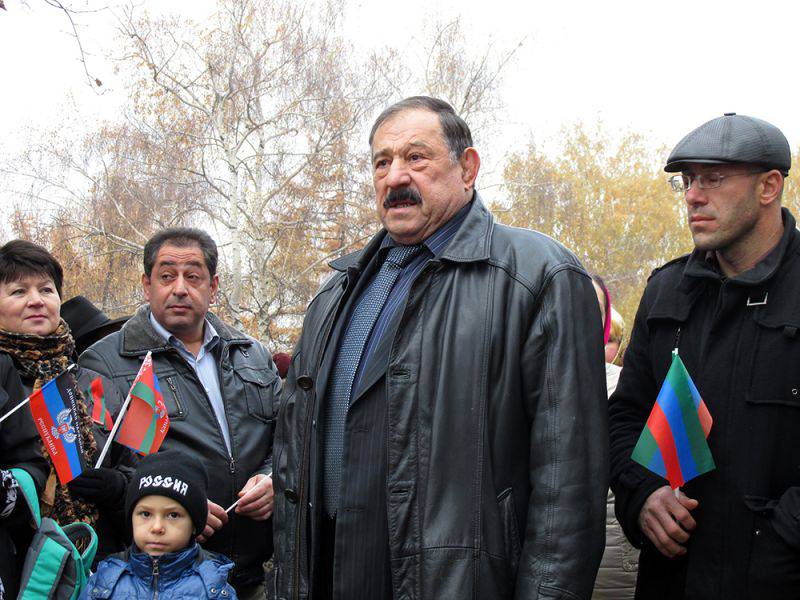 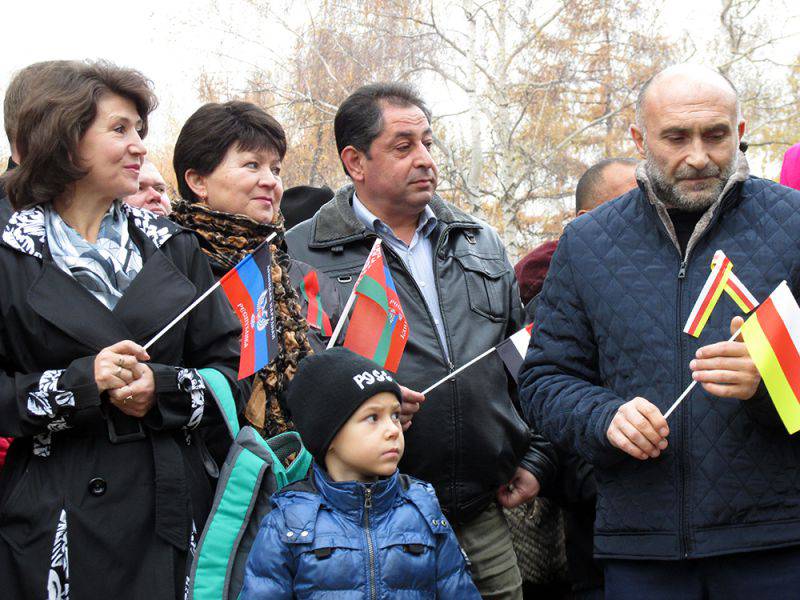 The Minister of Foreign Affairs of the DPR, Alexander Kofman, opening the ceremonial event, said: “This avenue is the beginning of a large project. The project of the Garden of Friendship of Peoples, which will be here. Then each community will have its own garden, represented by those plants that grow in their countries. It seems to me that this is very symbolic, given the number of communities represented in our state. ”

According to Kofman, the Ministry of Foreign Affairs of the Republic turned to Alexander Zakharchenko with a proposal to make the next, 2016, year - the year of friendship of peoples.

Alexey Muratov, Deputy Chairman of the Executive Committee of the Donetsk Republic Movement, addressed the audience with the following words: “As these trees grow stronger and grow, so will our young and free state grow.”

He noted that Russia, four hundred years ago, threw out foreign interventionists, and Donbass also rebelled two years ago against interventionists who represented the interests of the West.

The director of the Donetsk Botanical Garden, Svetlana Prikhodko, said that very rare trees - Ginkgo - would be planted on the avenue. This tree is a symbol of love, resilience and longevity, so it is this symbol that will reflect the friendship of nations. After all, friendship should be stable and durable. 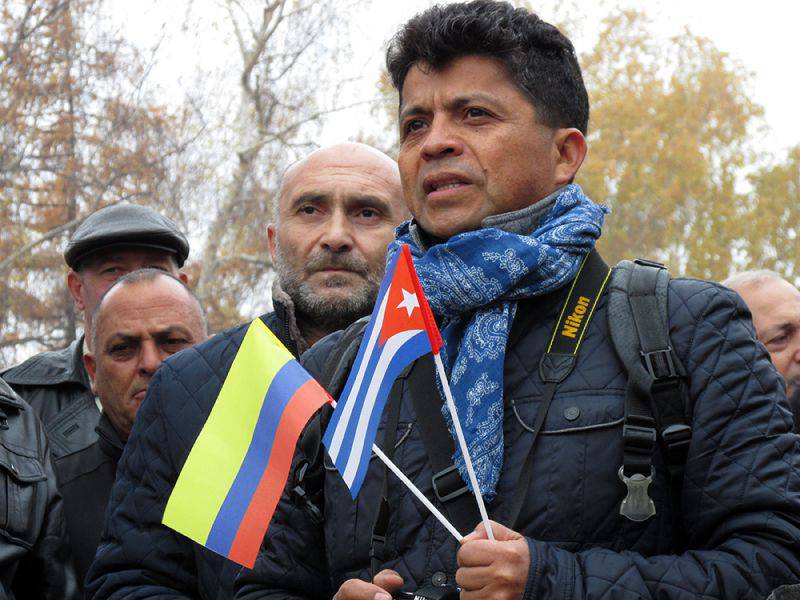 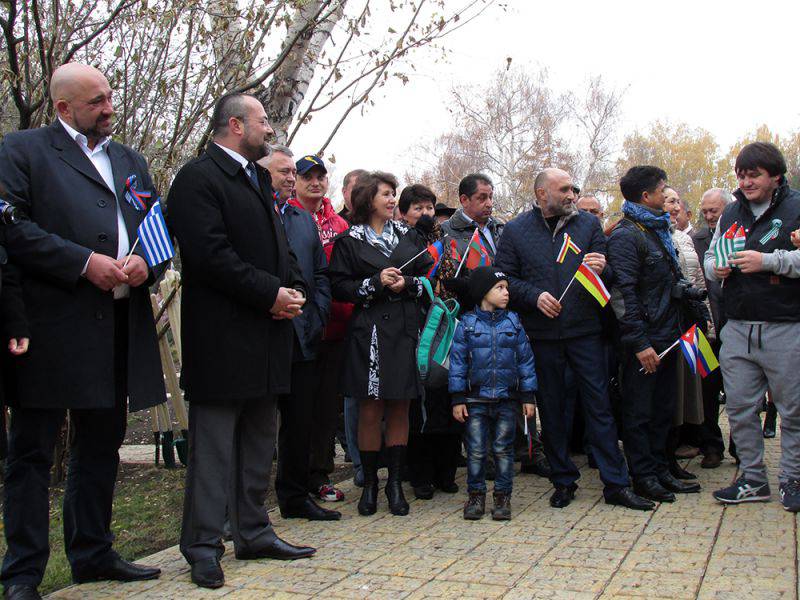 Then representatives of various national communities spoke. Abkhazia was represented by the commander of the Pyatnashka International Brigade, Ahra Avidzba, and the call sign was Abkhaz. With his usual modesty, he did not want to go to the microphone at first, but Kofman encouraged him: “After what you did for our country ...”. After that, Avidzba greeted all those present and said that this was the second alley of friendship in his life, in the creation of which he was to participate. The first was a few years ago in Sochi. 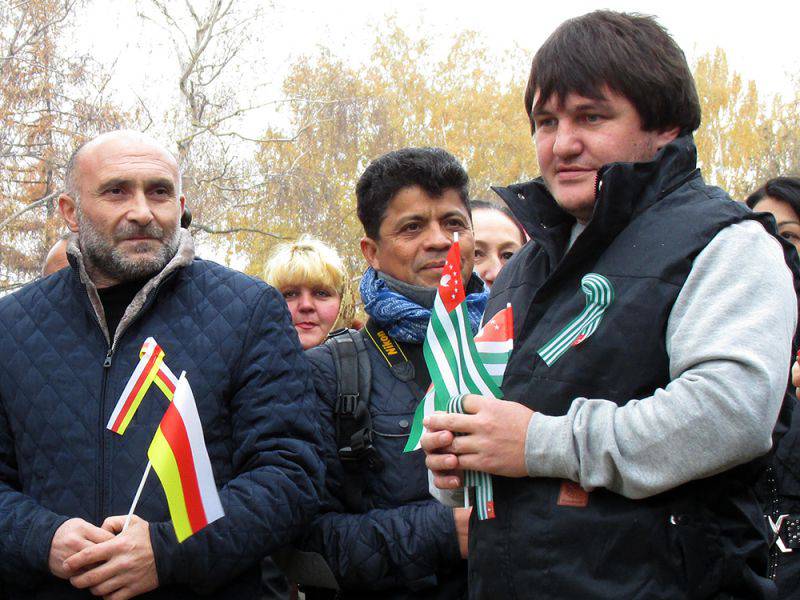 After all the welcome words got down to business. “Abkhaz” was immediately surrounded by journalists - it’s not every day that you can see the combat commander planting a tree. 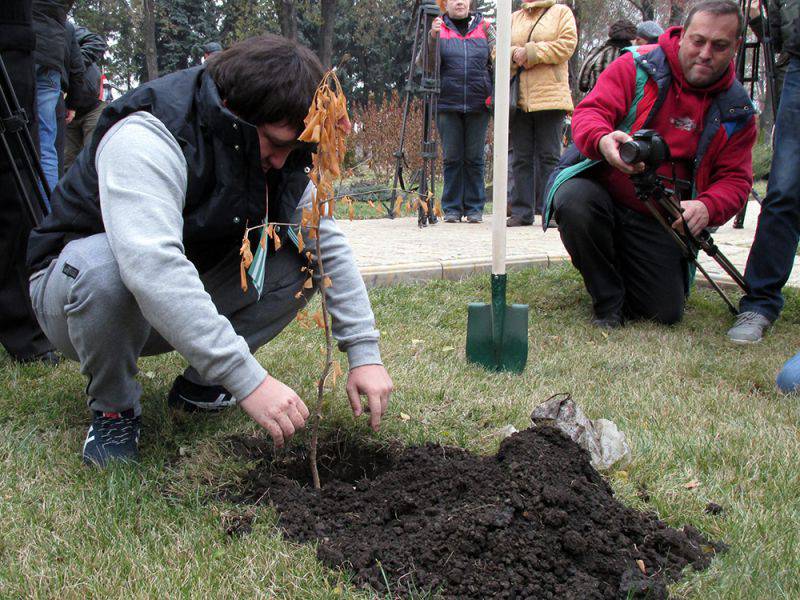 Representatives of Syria and Jordan worked together (although uneasy relations between the countries), and the representative of the Jewish people kept a shovel nearby. 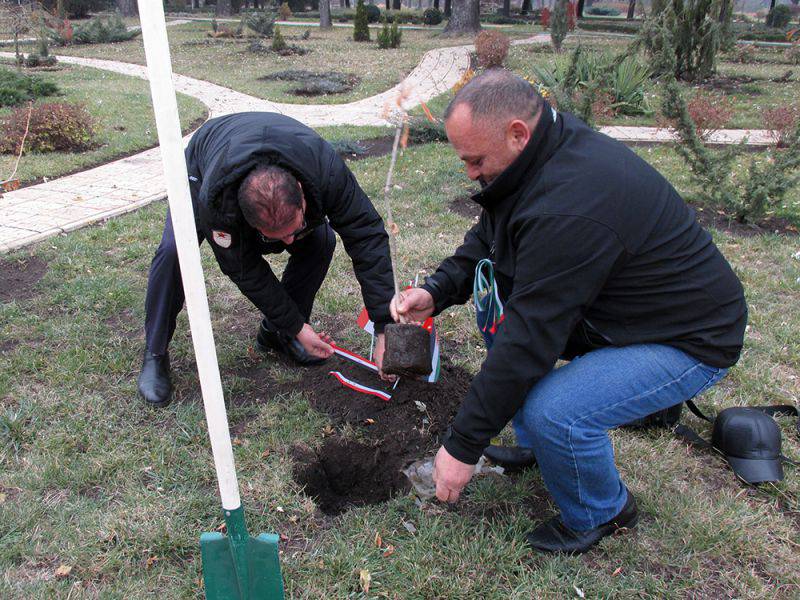 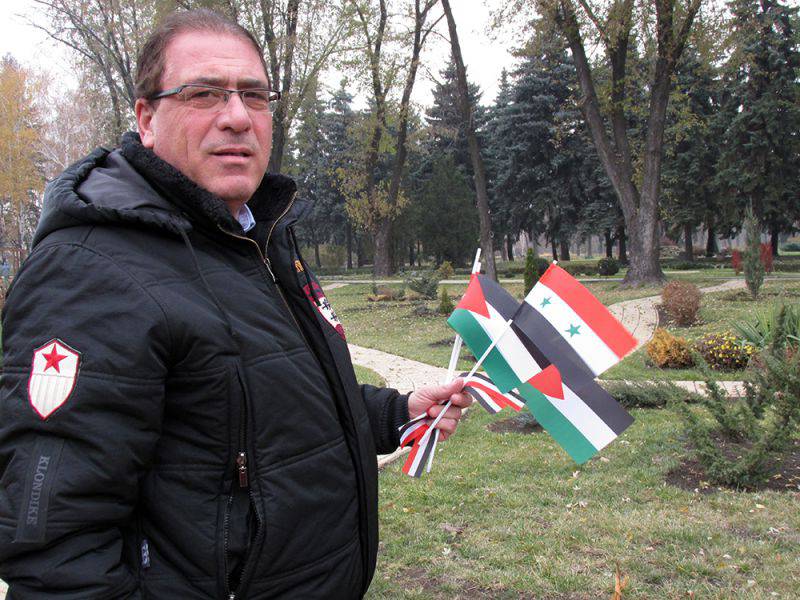 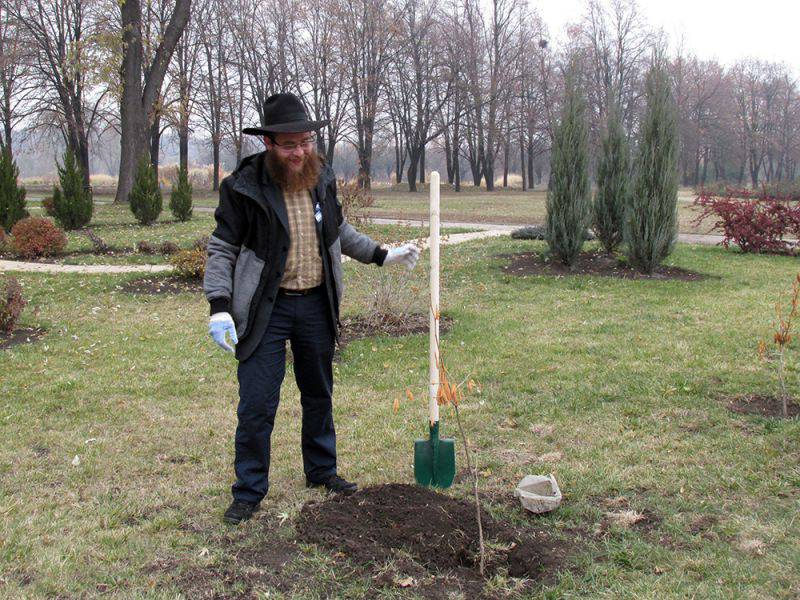 However, the Syrians planted their own tree. 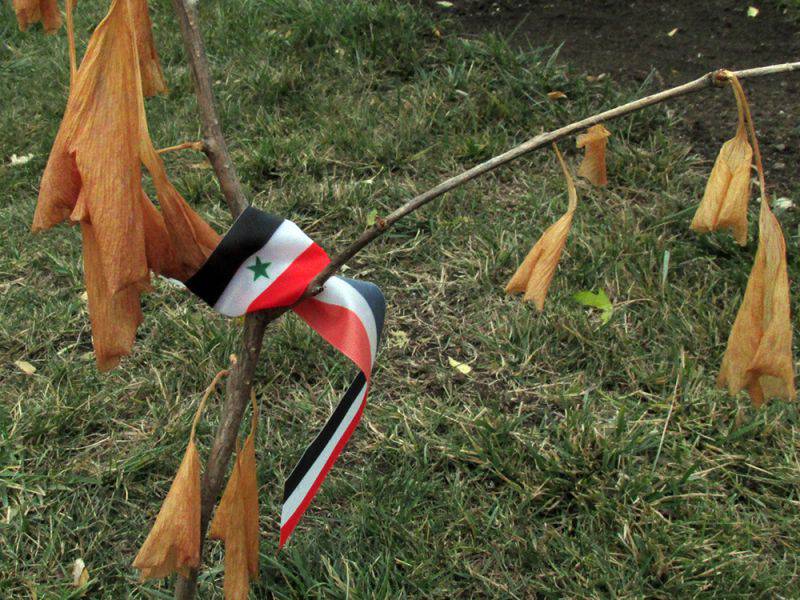 For each of the seedlings tied a ribbon of colors of the national flag of a state. 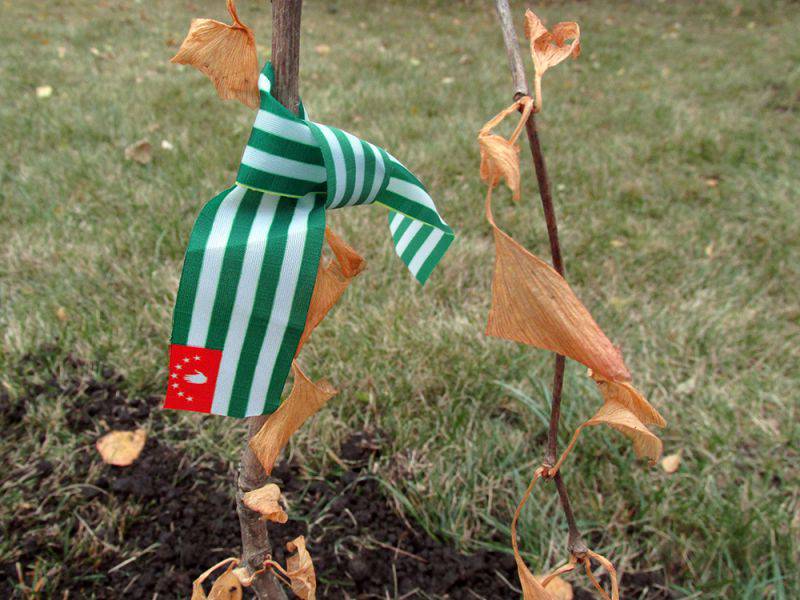 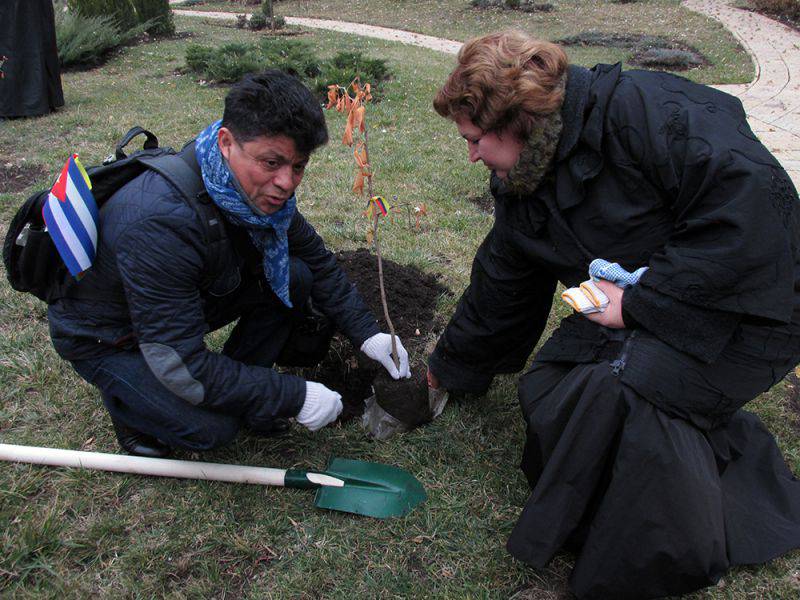 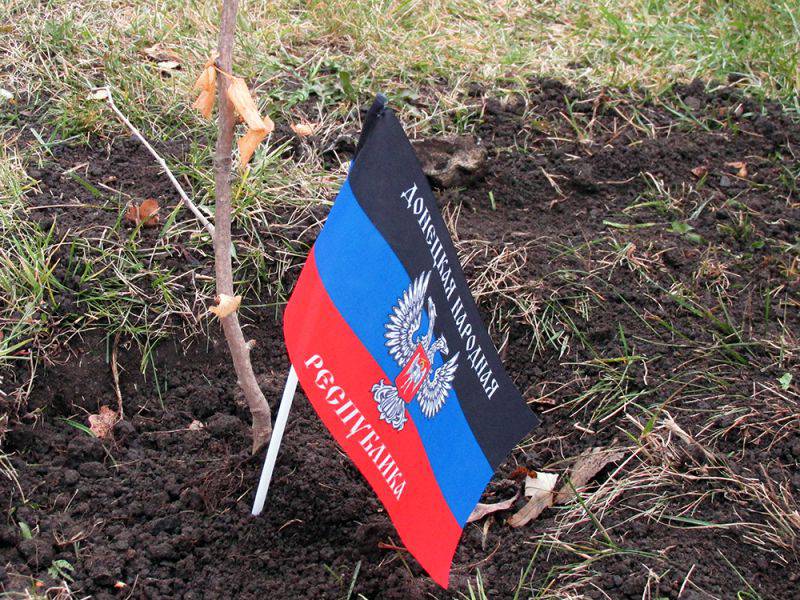 The boy collected several ribbons at once. “That you will have a tree of Friendship of Peoples,” the adults joked. 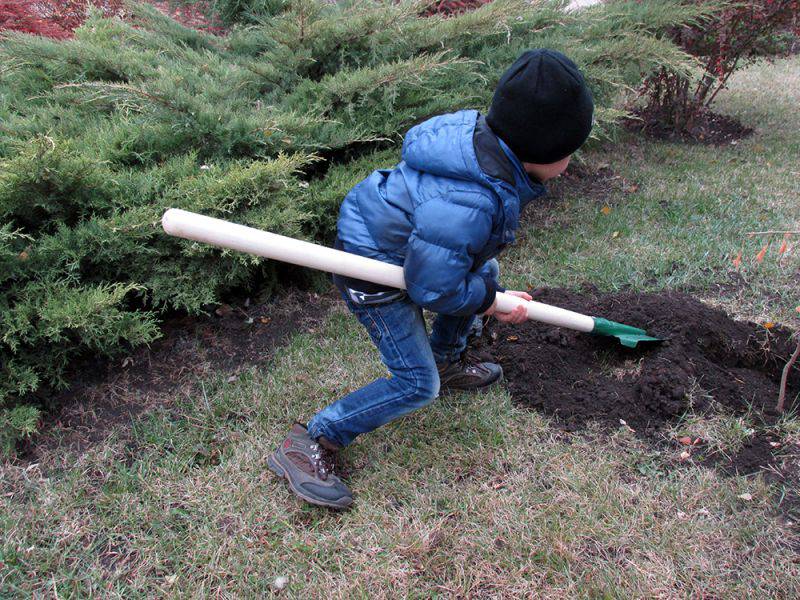 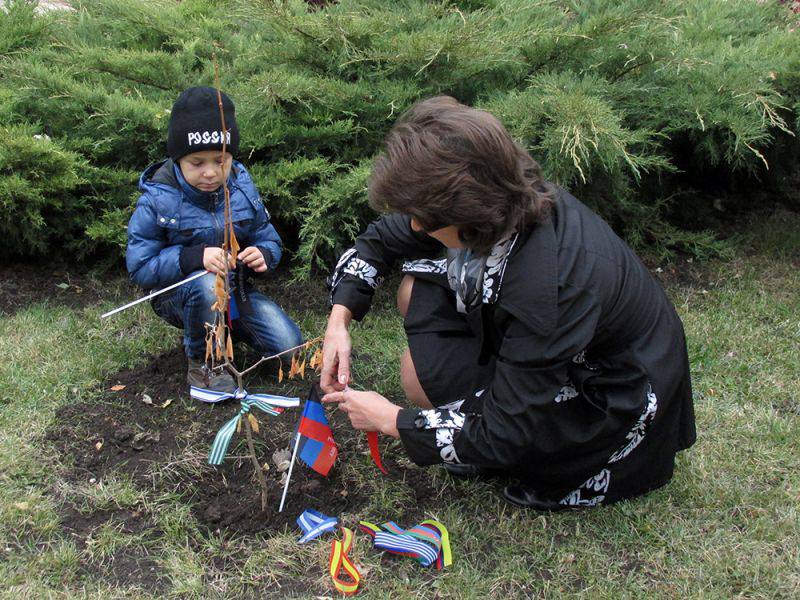 Personally, I was surprised by the lack of saplings with ribbons from Russia and Ukraine (from which, of course, adequate representatives could be found). With Russia, however, everything is clear. The DPR does not want to emphasize in any way that this is for her another state. But Ukraine ... Apparently, the time has not come yet for her to sit at a single table of fraternal peoples. But it will inevitably come - when the fascist junta is swept away.

After the seedlings took their rightful place in Donetsk land - the staff of the Botsad had a wonderful tour of the greenhouse for the guests. 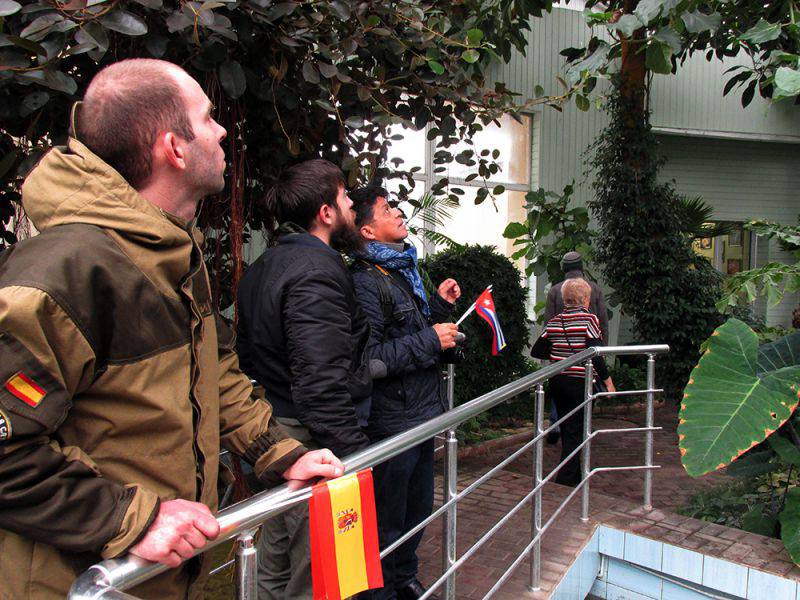 Returning from the event, I passed by the Transfiguration Cathedral and the stela beside it, where 1 November residents of Donetsk brought scarlet carnations as a sign of mourning for the victims of the recent crash. Fresh flowers continue to appear there. In addition, people brought toys (right after the mourning rally, they were not). This is another evidence of unity - of that unbreakable unity, when celebrating holidays together and sharing one grief ... 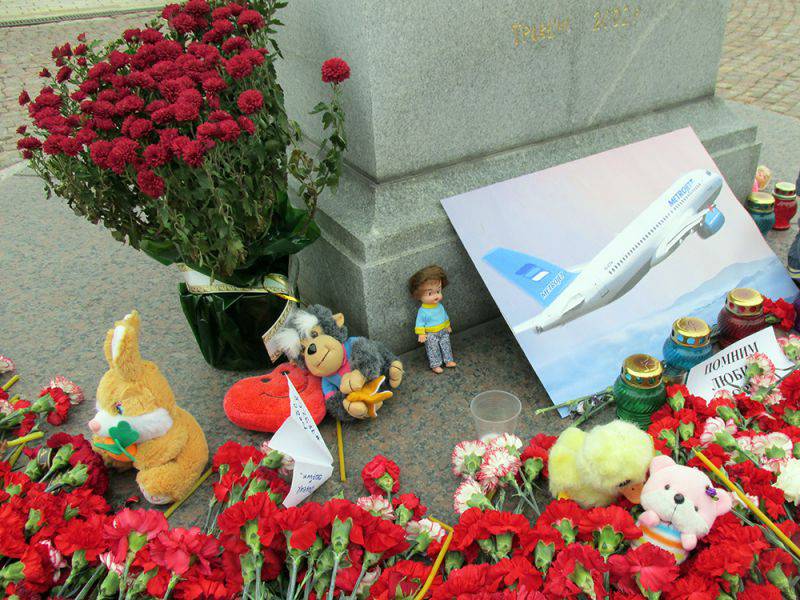 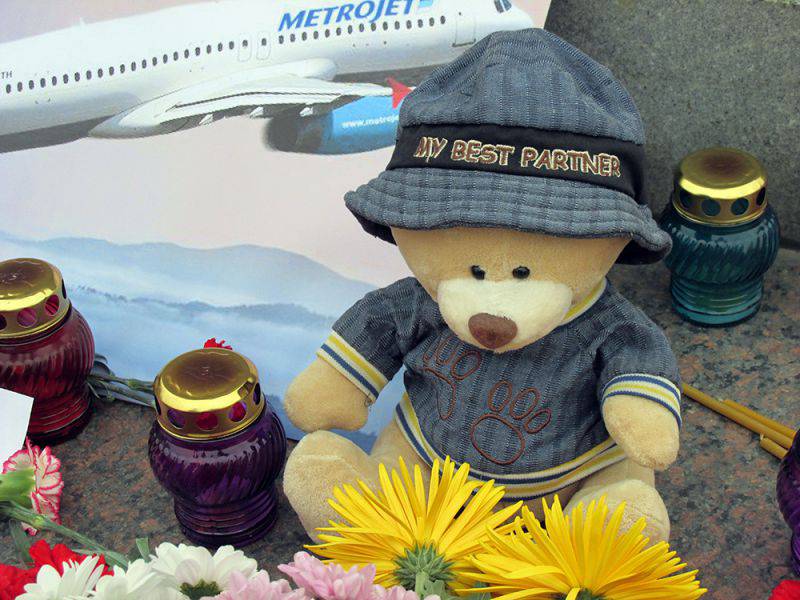