November 3 2015
60
US President Barack Obama confirmed the information according to which the ground American contingent landed in northern Syria. Earlier this information was expressed by the head of the Pentagon Ashton Carter. The US president said that the representatives of the American special forces, sent to the north of Syria, will not be involved at the front line to fight the militants of the so-called "Islamic state". This Obama said in an interview NBC. 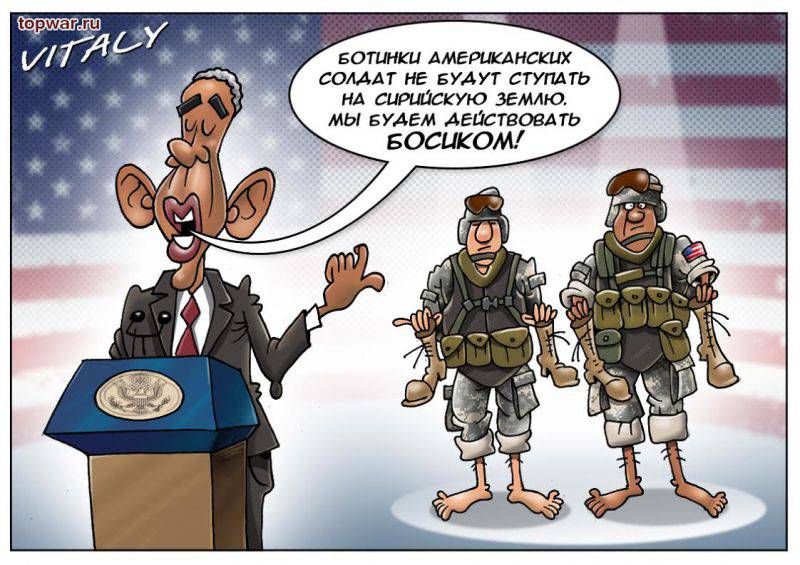 According to Obama, no more than 50 representatives of special units of the American army are sent to Syria, who will support "local forces in their opposition to the IS".

It’s a pity that NBC journalists didn’t ask Obama what kind of local forces American servicemen are going to help, and if these forces are Kurds, what about the statements of Turkish President Erdogan regarding the Turkish army to attack all those who support the Kurdish Workers Party ...
Ctrl Enter
Noticed oshЫbku Highlight text and press. Ctrl + Enter
We are
Military Reviewin Yandex News
Military Reviewin Google News
60 comments
Information
Dear reader, to leave comments on the publication, you must to register.