Apparently, the war in Syria, and indeed in the Middle East is over!

November 5 2015
211
I can imagine how international journalists and political editors are now tearing hairs off their heads. News. To watch such news, even in the stream, is impermissible negligence. Yes, and readers have a shock. Morning, woke up with bright feelings and a great mood for work. And then here in the soup! We literally slept the greatest event. 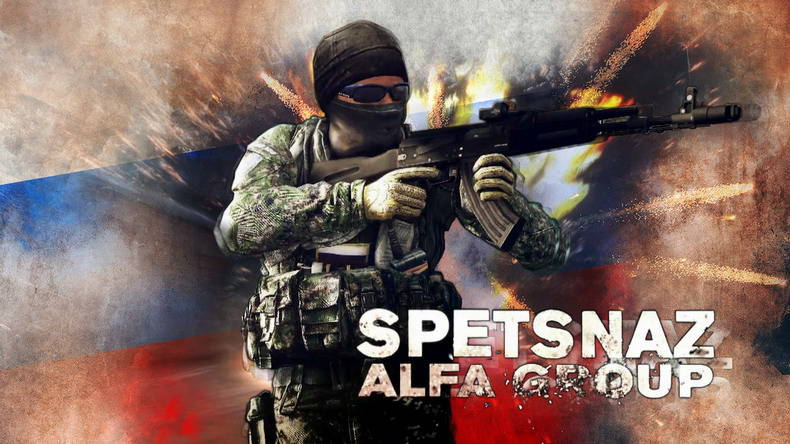 Okay, so that you are not particularly killed, I will inform you, so to speak, from the original source. Only this source is not me. What are the primary sources in Russia? We are zombies. And our intellect, in the opinion of Western and other Ukrainian inhabitants, is at the level of cattle. Simply put, bullish. And all the real and proper primary sources in the United States. From there I will inform.

Do not think that the information obtained through a complex intelligence operation or torture of a US officer. The author, although it belongs to those whom the American describes, but is "weak at the knees." Lt. Col. USMC, author of several books on military stories, a veteran of the Vietnamese and several other wars, James Zumvolt himself put everything in his new article. We only need to read and be surprised by the author's awareness. RUSSIAN SPECIAL FORCES: HAS ISIS MET ITS FEAR MERCHANT MATCH? ", translation here - Perhaps the ISIL militants will have to meet with an even more terrible opponent than they themselves).

So why is the war in Syria over? Immediately and head on the question. Why is all this moderate and unlimited opposition, in a crowd of other igilovtsy raising dust, rushing to the Syrian borders and asking in large quantities to the nearest prison? What kind of power makes healthy, impregnated with the blood of other men and men ready to die suicide bombers to throw machine guns and shahid belts? That would never guess.

But a whole Marine Lt. Col. Zumvolt knows. Because I saw this power. Although theoretically, but almost near. Kilometers in five hundred ... Although, it is possible and closer, since such confidence is not without purpose unequivocally.

"Cutting off the head, burning the prisoners alive, tying a booby trap to the baby’s body in order to show the recruits how the human body is torn apart in an explosion, the destruction of prisoners under the tracks tanks and the like - there is no such means of execution that they would not have resorted to in order to achieve success in their “trade in fear." This is a phrase about the Ishilovites. That they use every opportunity to intimidate not only the local population, but the whole peace Fear - weapon of terrorists.

“However, fear can always be a double-edged weapon. A force capable of demonstrating this has just appeared in Syria and will soon begin to act. In the past, they have already used deterrent methods against Islamic extremists, and, moreover, very effectively. Today these fighters are ready to reapply their terrible experience "Only this time their sword will fall on the head of ISIS."

Scared? And rightly so. You thought bombs and rockets might be intimidating. And no. Bullying force! But enough, probably, pulling your nerves into a string. And then the faint of heart will not be able to work. Again, cardiovascular diseases are a scourge.

"Russian President Vladimir Putin recently issued an order to send a military unit to Syria, which is the subject of his trust and special pride - the Russian special forces. This group represents a highly professional antiterrorist force, the" murder machine ", which has long been known in Russia that they always carry out their tasks. "

To put all the dots above those letters that do not exist without dots, I inform you. These are not green men. Well, those that are polite people. Those are just polite. And these are just beasts. Nowhere is there such a scumbag as in the Russian special forces. Example? Sure, not a problem. The American lieutenant colonel is not a Russian reader. He has access to secrets. And only to the Russian.

Remember Afghanistan? It is clear that you could familiarize yourself with the memories of the participants in the storming of the Amin Palace. Interviews with commanders and fighters of "Alpha" and "Muslim battalion". So here. They all lie. Americans know exactly how and what.

“After the Soviet Union invaded Afghanistan in December 1979, Russian special forces received an order to conduct a“ regime change ”operation. Disguised as Afghan military uniforms, they quickly seized strategic government buildings in Kabul. During the seizure of the presidential palace, they the end carried out an order to destroy all Afghans in the building. Thus, not only Afghan President Hafizullah Amin was killed along with his girlfriend and young son, but all the witnesses to these events. "

Imagine not a single Afghan around. All shot or slaughtered like rams. Even children. Although at this moment Russian special forces were somehow not appreciated. Well, captured and captured. It happens to everyone. But then it began ...

“In October, 1985, a radical group that broke away from the Islamic organization Muslim Brotherhood, captured four Soviet diplomats in Beirut. By the time the Russian special forces were in the city, one of these diplomats was already executed.

Since traditionally Moscow’s policy did not envisage any negotiations with terrorists, no such efforts were made at that time. Using their network of informants, the Russians found out which group of militants had abducted, and also identified the abductors.

Having received the names of the militants, the Soviet special forces immediately found their family members and took them hostage. Then they began to cut off the parts of the bodies of the hostages, sending them to the militants. These assumptions were accompanied by threats that new, even more terrible ones will soon follow.

When the militants realized the horror of what was happening, the surviving Soviet diplomats were immediately released. Over the next two decades, Russian diplomats quietly worked abroad without fear of being targeted by Muslim terrorists. "

Well, dear readers, how is there blood in your veins? Do you have or are you taking medication? Do you understand why terrorism is not at all terrible? Just think, head cut off. But in parts to send relatives in the package is weak? Understand why Russia in the speeches of American politicians and even the president stands "first" of these very humanists with knives? But that's not all.

"In 2006, Putin had to re-engage special forces after he learned of the kidnapping and murder of four Russian officials in Iraq. He ordered that all those responsible for this crime should have been, no more and no less destroyed. Each of the militants involved in the abduction was once tracked down and executed. "

And do not remind you that you heard something similar about the Israeli special forces. The Israelites killed humanely, and only the enemies of Israel. And Russian - all. Imagine, the whole gang, oh no, the whole opposition squad was destroyed. Right, killing machines.

And the marine special forces? Do you think these are better (allegorically, of course) Alpha or Grushnikov? Yes, not at all. Exactly the same. Somali pirates, these starving blacks, who did not offend the flies, drove all over the sea-ocean. Have you seen these Sudanese? Not African Americans, but African Africans? They are so dead. Machine outweighs. Shoot more from fear. And fall because the machine jumps in thin hands.

“Operating from their ship, the Somalis captured the Russian oil tanker. Russian marines stormed the tanker, easily defeated the pirates in a short skirmish, captured them and sent them back to their own ship. Then all the pirates were carefully tied up and their ship It was mined. Upon returning to its ship, the Russians blew up the pirate ship with the people.

Since then, no Russian ship has been attacked by pirates. "

There are such know-it-alls among our readers. They will now begin to talk about American special forces. Like, there are no angels there either. Kremlin propaganda is all that. Watch Hollywood movies. For example, "Red Heat". Everything is laid out there especially for Russians. Russian Schwartz just that - right in the face. And even from a pistol brains on the walls rolls. And the American little policeman reads the right instead. Lawyers cause. Civilization. Similarly, the special forces of the United States act.

"Compared to the elite fighters of the American special forces, the Delta squad, the Russian special forces are guided by other tactical landmarks. While the military actions of the US military must always comply with the provisions of international law on military operations on land, act, traditionally discarded "moral compass" away. "

Hey, spetsur, respond! In case I suddenly lied a little. Did you get this moral compass? There was generally something to throw out?

"Russian special forces have repeatedly argued that they are capable of reaching the same level of violence as ISIL militants.

Having entered the ground military operation in Syria, the Russian special forces, with the help of their Iranian and Syrian friends, will create a network of informants, with the help of which they will identify the personalities of the ISIL leaders, track them down and destroy them. As far as possible, they will all die a violent death, which will fully correspond to the main message that they addressed to the world.

If the Arabic language has the word "Karma", soon it will be constantly on the lips of ISIS militants. "

I present now the reaction of the special forces. Those that wrote about this "specialist" - Colonel. Calm down guys. Brad articles we understand. And the Americans swallow, not choking. Fear has big eyes. Moreover, they are so large that the big-eyed people don't see anything especially during the day. And under his nose, too. Nightly they are mostly residents. The larger the eyes, the worse the daylight.

I sometimes watch American talk shows on TV. It is political. It seems that you are watching the Lori family. Like the primate family. And in fact, the subfamily of parrots. This is not my invention. Bird lovers will confirm.

I understand the reason for this article. Yes, and for internal use in the United States. The Delta is already in Syria. And the results are zero. International laws on hostilities interfere. How American planes are also being prevented from hitting ISIS positions, rather than hospitals and military excavators. But if, in very serious doubts, the Russian special forces still appear in Syria, then the result will be exactly the same as the appearance of the Russian aviation.

Generally nice. You read such nonsense and you understand: the warriors from the other side of our special forces are afraid. So, it’s not for nothing that men sweat in training, they risk in clashes with gangsters and terrorists and learn, learn, learn. So, our army is still respected. And it is capable of scaring the most publicized and most technically equipped US Army. I immediately remembered the reaction of the American officer when he learned that toilet paper was not included in our combat kit. Horror. But how to fight something without toilet paper?

Yes, just like that, in Suvorov. Quickly and efficiently, with the result. Spetsnaz, he doesn’t go to work, but to fulfill the task. So it makes sense to be afraid.