November 4 2015
202
November 4, Russia celebrates one of the national holidays - National Unity Day. A lot has been said about the historiography of this holiday and on the pages of our information and analytical portal. Today, in terms of information, it’s worth focusing not so much on historical the background of the holiday, as much as the fact that “the day of national unity” is the combination of words that is decisive for our vast multinational and multiconfessional country. It determines that it is national unity, the identity of each nation, the uniqueness and uniqueness of traditions, diversity cultural features - this is the main core of the existence and development of the Russian State. 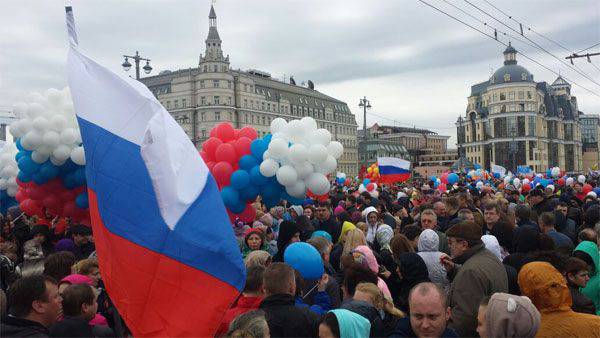 And after all, it was this rod at various times that those who had the bone in their throats trying to take out Russia's unity and sovereignty tried to take out. Today we call these forces "partners" or "friends of Russia."

So, national unity ... What is it for Russia? This is a unique phenomenon in world practice, when representatives of 195 peoples and nationalities belonging to dozens of religious movements live within the borders of one state. The largest state-forming people of Russia are, of course, Russians - about 113 million people. But among the Russians there are representatives of a wide variety of confessions: from traditionally Orthodox to representatives of Islamic confessional movements, from atheists (in principle, we can also call it a kind of “confessional” group) to Catholics and Protestants.

In the second and third places in terms of numbers, such large ethnic groups of Russians as Tatars (more than 5,4 million) and Ukrainians (more than 2 million).

But the wealth of the national composition of Russia is after all not only large ethnic groups. These are also such peoples and nationalities, the name of which the majority of the country's inhabitants simply do not know. This is not surprising. Remembering the names of all 195 ethnic families in a huge country is not easy. For example, there are nationalities in our country, the number of which does not exceed several dozen people. These are people from a kind of "Red Book" of Russian ethnography.

Thus, representatives of one of the smallest ethnic groups not only of the republic itself, but of the whole of Russia - the Kaytags (Kaytags), who call themselves the people of Haidakan, live in the Republic of Dagestan. 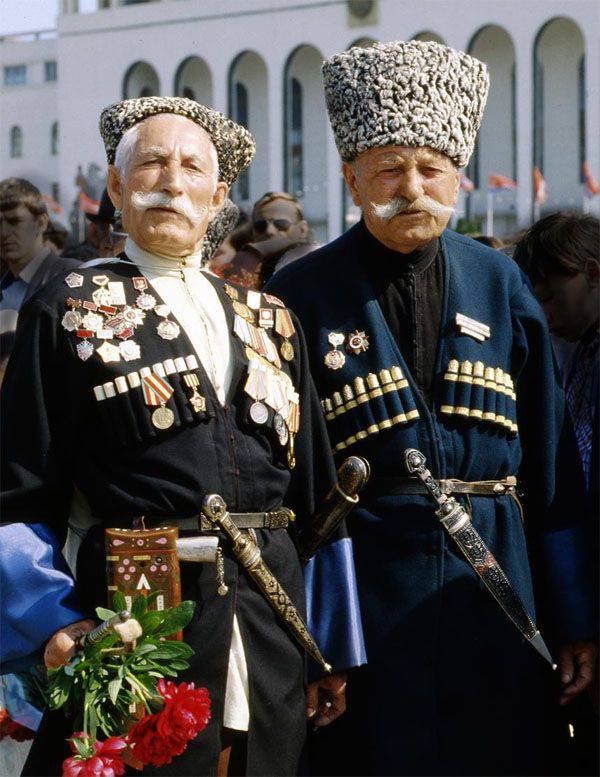 During the census of 2010 of the year, only 7 people called themselves representatives of the ethnic group, despite the fact that in the middle of the 90, approximately 25 of thousands of people referred to kaitags. The reason for this drastic change is that many kaitags began to consider themselves Dargins, adopting the Dargin literary version of the language for communication. Meanwhile, the Kataig (Kaitagh) have preserved their own language, belonging to the same Dargin group. The Kaitag language has a rich history, emerging from Arabic graphics in the 15th century. Today its foundation is Cyrillic. Modern Kataygians (Sunni Muslims) live, including in the territory of the most ancient city of Russia - Derbent, which most recently celebrated its 2000 anniversary. And ancient Derbent itself is a city with the richest ethnic composition. It unites such national groups as Dargins, Lezghins, Armenians, Jews, Russians, Tabasarans, Azerbaijanis, Gypsies, etc.

One of the peoples of the so-called ethnic “Red Book of Russia” is ankalgakku (Kerek). This is a small national group living in the Chukchi Peninsula. Only four people in the 2010 census of the year identified themselves as representatives of this ethnic group. 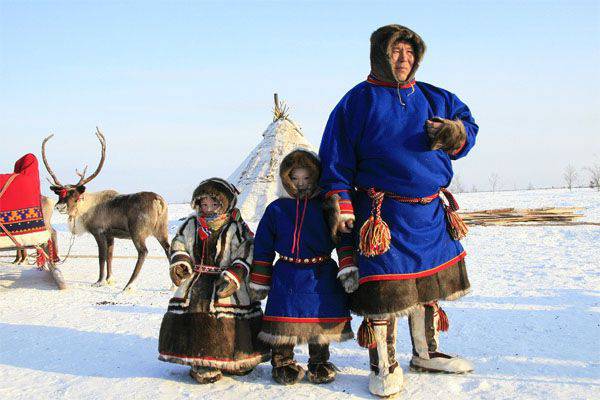 According to cultural traditions, peculiarities of fishing and living, the Kereks are close to the Chukchi, with whom they were largely assimilated. The main activity of the Kerek is fishing, small-tailed reindeer herding, harpoon hunting for sea animals. Ethnographers trace a clear connection between representatives of this small Russian nationality and some groups of North American Indians. One of the proofs of the existence of a common root is the technique of the mentioned harpoon hunt, in which the Kerek, like some North American Indians, use a unique instrument - the kelyunen. This is a wooden bludgeon, the tip of which is most often made of walrus tusk. Despite the fact that only four people called themselves Kereks in the Russian Federation, the Kerek language belongs to the language group of the peoples of the Far North of Russia. The uniqueness of the language lies in the fact that, unlike many other languages ​​of the northern peoples of Russia, Kerek practically did not incorporate the terms from the Russian language, retaining its true originality. This draws attention to itself also due to the fact that North American relatives of Russian Kerek have long lost their self-name and their native language while living in a “democratic” and “exclusive” country, as the local president says ...

Well, as an enumeration, there are several other Russian peoples and nationalities who also contribute to the huge ethnic mosaic of the country:

Hemshily or Hamshenians (sub-ethnic Armenian group), the main places of residence in Russia are the Krasnodar Territory and the Voronezh Region;

Chamalaly - a people living in the territory of the Chechen Republic and Dagestan, preserving their cultural and linguistic traditions;

Karaites - an ethnos with a predominant settlement on the territory of the Crimean peninsula (ethnographers still cannot agree on which group, Semitic or Khazar, to include representatives of the Karaite ethnic group). One of the prominent representatives of the Karaite nationality, a native of Sevastopol, Mikhail Neiman, was a Soviet physicist, a winner of the Stalin Prize, who made an enormous contribution to the development of domestic radio electronics. Thanks to Mikhail Neiman, a school for the training of radio engineers was created in the USSR.

Almost 86% of the population of Russia classifies itself to one or another religious denomination. Of the Russians who consider themselves believers, 45% are Orthodox Christians, about 12% are Muslims. There are associations of Catholics, representatives of the Armenian Apostolic Church, Buddhists, representatives of Judaism and other faiths.

Russia is the richest country not only with its subsoil resources. Our main wealth is people who live in peace and harmony with each other and are ready at any moment, like their ancestors, to stand up for the honor, freedom and independence of a single homeland. This is our strength, this is the spirit of today's holiday!

Ctrl Enter
Noticed oshЫbku Highlight text and press. Ctrl + Enter
We are
Results of the week. “You see, every year my friends and I go to the bathhouse. This is our tradition. ”
Military Reviewin Yandex News
Military Reviewin Google News
202 comments
Information
Dear reader, to leave comments on the publication, you must to register.