IMF changes the rules: not every debt needs to be repaid now

November 4 2015
50
At the end of October, the American business newspaper The Wall Street Jornal, citing its sources in the International Monetary Fund, said that the IMF was ready to rewrite its own credit rules for the sake of Ukraine. The final decision of the Fund’s Board of Governors will be taken at the end of November after the G-20 Summit, which will be held in the middle of this month in Antalya, Turkey. 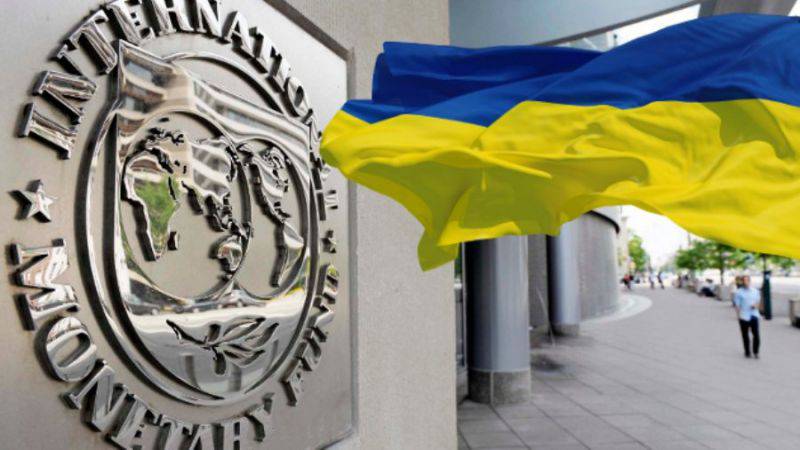 The reservation about the “final decision” is rather a tribute to political politeness so as not to embarrass an authoritative meeting of the heads of the major world powers, which today is the G-20 summit. It will certainly discuss the role of the IMF in the global economy and the rules by which the work of this major financial center is built.

In recent years, the IMF theme has been rising at all the G20 summits. The leaders of the leading world powers are worried that this, in fact, the financial institution of the United Nations, is actually governed by the United States and its allies. The world has changed. The economies of developing countries have grown up. Significant was their contribution to the commodity basket of the planet, political weight. However, the conditions for managing the International Monetary Fund have not changed.

At the dawn of the creation of this financial center, the principle was laid down - for the approval of the decisions of the Fund, 85% of the votes of its participants are needed. At the same time, the share in 17% of all votes belongs to the USA. It is not enough for an independent decision, but you can block any initiative that Americans will not like.

This was taken seriously at the 2010 summit of the year in Seoul, South Korea. It was even decided to increase the share of developing countries in the capital of the IMF to 42,29%. Implement it failed. Sharply "against" were American legislators, and everything remained the same. Is that the Chinese allowed to raise the proportion from 2,94 to 6,394%. However, this had little effect on the situation. As before, it is in the power of the US Senate to adopt any bill that bans the International Monetary Fund from allocating loans to objectionable American countries or, on the contrary, encourages particularly obedient ones.

It is not by chance that the Minister of Finance of Russia Anton Siluanov did not really believe in the reservation about the final decision and sharply criticized the emerging decision. Here it is necessary to clarify: in the rules of the International Monetary Fund there is a ban on issuing loans to countries that have delayed a debt to official creditors: IMF member states. For many, it is obvious that Ukraine in December will not be able to pay Russia 3 billion dollars and, most likely, will default on Russian bonds.

To resolve this conflict, Vladimir Putin offered the IMF to give Ukraine a loan to pay off its debt to Russia. Such an approach categorically did not suit the Americans. There are several reasons. Home, of course, in the openly hostile attitude of the United States towards Russia. They are still entertaining themselves with the thought of "tearing our economy to shreds." Such an approach does not imply reciprocal steps. You can not discount the ambitions of "exclusivity", which recently absorbed the Americans along with heels. How can you once again not demonstrate that they control the IMF, and not Russia with its miserable 2,74% of votes!

American politicians actively intervened in history with the debt of Ukraine to Russia. For example, Senator Chris Murphy (member of the US Senate Foreign Relations Committee) openly stated: “The international community must understand the need for us to take the appropriate steps that will give Ukraine the legal basis to avoid paying this debt.” In an interview with Sputnik, Murphy publicly promised to find a way to legally formalize Ukraine’s refusal to pay Russia's debt.

Apparently, in America they consider: “To promise is not to marry.” It seems that something went wrong with a legal justification. As reported by RIA "News":" The Senate Foreign Relations Committee announced that it would hold a briefing behind closed doors with the International Monetary Fund's Executive Director, Christine Lagarde, at which Ukraine’s debt situation will be discussed. "

There was or was not this briefing - it was left behind the scenes, but the position of the IMF suddenly sharply corrected. The fund decided to change the rules for lending to sovereign borrowers and to exclude a ban on the allocation of funds to countries that have delayed the payment of official debt and defaulted.

A solution that can be fatal

Minister Siluanov called such a decision hasty. The head of the Ministry of Finance noted that “Russia does not want Ukraine to remain without financial support in a difficult situation” and at the same time expressed concern that “changes in the fund’s policy are being forced in the context of the very politicized issue of restructuring Ukrainian debt” "). In other words, the international financial organization is going to change the general rules for one specific situation and abandon the principles that the IMF member states are focused on.

At first glance, this has already happened with the foundation. It is enough to remember Greece. Its economy has seriously reeled during the 2008-2009 crisis. There was a threat of Greece leaving the euro zone. At the first stage, loans from the European Union helped. Then the IMF joined. Later, in 2013, the fund acknowledged that they had made major mistakes and miscalculations when providing financial assistance to Greece.

In particular, during the period of granting loans, the Greek economy did not meet most of the criteria for IMF (three out of four), compliance with which is a prerequisite for receiving financial assistance. Greece had high government spending, high external debts, a budget deficit and a balance of payments deficit. However, for Europe, the European Union, which has almost a third vote in the IMF; the question was resolved without large delays.

The difference with the Ukrainian case here is that for the aid of Greece they did not change the rules and principles of the fund, but simply did not pay attention to the inconsistency of the country's requests with the terms of crediting. With Ukraine, it was also. A year ago, the President of Russia spoke about this: “We are interested in providing economic assistance to Ukraine, including assistance from the IMF. At the same time, and I would like to pay special attention to this, the practice of the foundation’s work is such that it does not provide financial support to a belligerent country. ”

The foundation ignored criticism of Vladimir Putin. The true truth here is that a belligerent country, as a rule, spends loans not to stabilize the country's economy (what the International Monetary Fund is intended to do), but to finance hostilities. Repayment of debt while not exactly guaranteed.

One gets the impression that the IMF does not expect to return the loans, which the United States and its allies, who in total have almost half of the votes for the decision-making fund, asked him to issue. The same Greece, for example, accumulated debt in 315 billion euros is obliged to return after the 2022 year. But already 30 June 2015 of the year was not able to pay the IMF the current loan payment in the amount of 1,6 billion euros.

Greeks, of course, scolded. They were already financed in exchange for the actual transfer of the country under "external control" to creditors. This time, the Greek payment essentially provided a new fund loan.

Ukraine also has no money for debt repayment. On September 22, she refused to pay $ 500 million on coupon obligations for Eurobonds. The lenders then gave her ten days to think, and on October 4, the Standing Committee of the International Association of Swaps and Derivatives (ISDA) at its meeting decided to recognize the technical default of Ukraine.

The word "technical" in this case means the hope of creditors that Ukraine will nevertheless fulfill this coupon obligation when it has an opportunity. However, the specialists of the international rating agency Standard & Poor's were less optimistic. They suggested that "even if Ukraine declares a default, it will not be a disaster for the Ukrainian economy, because the IMF will most likely turn a blind eye to this and continue to finance a four-year aid program that would lend to Ukraine in the amount of $ 17,5 billion."

The reality surpassed the expectations of analysts from Standard & Poor's. The IMF decided not only to close its eyes to a possible default of Ukraine, but also to rewrite its fundamental rules for it. This December, they, like the International Monetary Fund itself, will be exactly 70 years old. Now, according to the heads of the fund, not every debt is subject to mandatory execution. At least, it is a debt to those creditors who do not drink tea with the Americans and their allies today.

Such selectivity is not an invention of the IMF. For years now, Americans have been introducing their right to the international community in a strong, exclusive right. They are used to bombing cities and countries without UN Security Council sanctions. Now the turn has reached financial structures. American dictates can be detrimental to the International Monetary Fund. After all, its competitors are now starting to operate - the Asian Infrastructure Investment Bank, the BRICS Bank. These international financial institutions are built on equity and partnership. Behind them the future.

... It may happen that an ill-conceived decision on a selective approach to sovereign debt will be the drop that will completely destroy the reputation of the International Monetary Fund, which is still the leading financial institution of the United Nations.

Ctrl Enter
Noticed oshЫbku Highlight text and press. Ctrl + Enter
We are
9 May in the center of Chisinau will host an exhibition of military equipment of NATOBRICS: friendship against the dollar
Military Reviewin Yandex News
Military Reviewin Google News
50 comments
Information
Dear reader, to leave comments on the publication, you must to register.