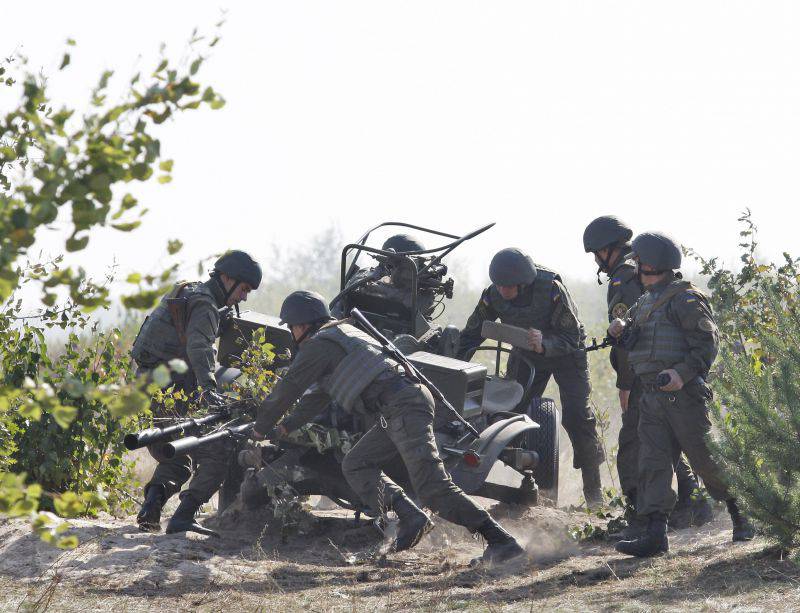 “The forces of the Ministry of Defense of Ukraine will train with a focus on infantry defense actions at the individual and collective level. Specific instructions will include training in the tactic of confronting unmanned aerial vehicles, ”she quotes RIA. "News".

In addition, Ukrainian special forces will be trained in orienteering and advanced handling of small weapons.

American instructors have been training National Guard fighters since April of this year. In November, the training of special forces and military personnel should begin, which will be conducted around 300 by military specialists from the US and other states.

Ctrl Enter
Noticed oshЫbku Highlight text and press. Ctrl + Enter
We are
Weekly summary (30 January-5 February) on the military and social situation in the DPR from the military officer "Mag"Representatives of the special forces of the Ministry of Internal Affairs of Ukraine "Falcon" are trained by American instructors
Military Reviewin Yandex News
Military Reviewin Google News
34 comments
Information
Dear reader, to leave comments on the publication, you must to register.