Russian world on the road to consolidation 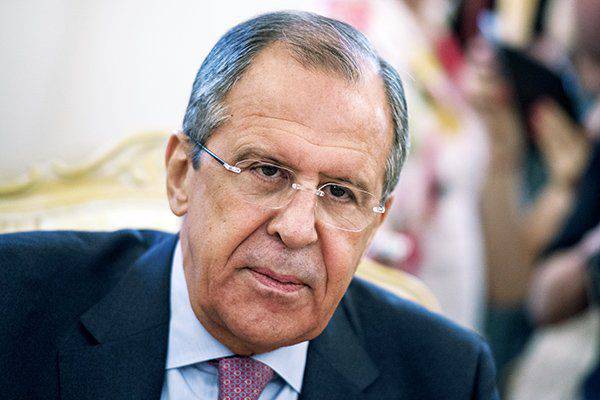 The fifth World Congress of Russian Compatriots Living Abroad is opening on November 5 in Moscow. It is intended to be an important stage in the further consolidation of the Russian world. The upcoming forum is a good opportunity to take stock of the work done in recent years, to outline plans for the future.

The Russian community abroad has about 30 millions of people and is among the four largest diasporas in the world. Its formation began in the late XIX - early XX centuries. and occurred in waves associated with critical events in the national stories.

The most important milestone in its life at the present stage was the first World Congress of Compatriots in 2001. At that time, the memory of the collapse of the Soviet Union was still fresh, with the result that over 25 millions of citizens turned out to be outside the homeland. Finding your place in the new conditions, preserving your ethnocultural identity, ensuring maintenance of ties with the historical Homeland - these tasks were of great importance for the majority of compatriots. And the country's leadership responded to their aspirations.

Providing all-round support to the Russian world is Russia's unconditional foreign policy priority, as set forth in the Foreign Policy Concept of the Russian Federation. As President Vladimir Putin has repeatedly affirmed, we will continue to vigorously defend the rights of compatriots, using for this the entire arsenal of available funds provided for by international law. Over the past years, we have managed to raise our work in this area to a fundamentally new level, in close contact with representatives of foreign communities to form effective cooperation mechanisms. Along with our own experience, we carefully studied the practice of interaction of foreign partners with diasporas abroad.

The Russian World is approaching the Fifth Congress more consolidated, with democratic structures of organization at the country, regional and global levels. The anti-Russian actions of Washington and Brussels, including the introduction of unilateral restrictions, did not affect our dialogue with communities that responded properly to what was happening and expressed support for Russia.

The anti-Russian actions of Washington and Brussels, including the introduction of unilateral restrictions, did not affect the dialogue with the communities
The Russian world is an important resource for strengthening the atmosphere of trust and mutual understanding in relations between Russia and the host countries of our compatriots. We continue to explain to partners that the presence of the Russian diaspora in their states is an important factor in building up mutually beneficial bilateral ties in various fields. The coordinating role in all this work belongs to the Government Commission on the Affairs of Compatriots Abroad. Its Program was fully implemented on 2013-2014, the Russian government approved a new Program on 2015-2017, which is being actively implemented. The constituent entities of the Federation traditionally contribute to the common efforts.

Russia is a multinational country, and within the framework of this Program, constant attention is paid to supporting the traditions of not only the Russian people, but also the Tatars, Jews, and other Russian peoples. In particular, in collaboration with the World Congress of Tatars, which unites representatives of the multi-million Tatar community of Russia and foreign countries, it is planned to hold a pan-European Sabantui in the UK. With the support of the PKDSR, the European Tatar Alliance was established within the framework of the World Congress of Tatars, the second meeting of which was held in Paris in October of this year. In 2016, the VII World Forum of Tatar Youth will be held in Kazan, to which they intend to provide organizational and financial assistance.

The Russian Foreign Ministry provides comprehensive assistance to the 2013 Foundation, created in January, to support and protect the rights of compatriots living abroad, which has proven itself to be a sought-after mechanism in upholding their legitimate interests and neutralizing attempts to discriminate against them, primarily in the Baltic States. The Foundation makes a useful contribution to countering the audit of the outcome of the Second World War, the glorification of the Nazis and their minions, any forms and manifestations of xenophobia, aggressive nationalism and chauvinism.

An important role in consolidating the movement of compatriots is played by annual thematic forums. Great interest was aroused by the World Conference "Compatriots and Their Contribution to World Culture" held in 2013, which was attended by hundreds of delegates, famous cultural and art figures. The main event of the last year was the holding of the World Thematic Meeting "The First World War and the Fates of Russian Compatriots". In this regard, the grand opening of the monument to Russian soldiers who fell during the First World War.

The celebration of the 70 anniversary of the Great Victory, which will, of course, be the focus of attention of the congress, has become a powerful unifying factor for the Russian diasporas. We are sincerely grateful for their contribution to the organization of the anniversary, for not forgetting about the heroic pages of our history, united in the need to uphold the truth about the events of those years, for their active participation in various actions, such as the St. George Ribbon and the Immortal Regiment. . In May of this year, for the first time, the international scientific conference "Russian Emigration in the Struggle against Fascism" was held in the House of Russian Abroad named after Alexander Solzhenitsyn. In those severe times, the majority of Russian emigrants supported their historical homeland, condemned collaborationism, and made a significant contribution to the defeat of Nazism.

The implementation of the State program to assist the voluntary resettlement of compatriots living abroad to the Russian Federation also testifies to the effectiveness of our efforts. In total, over 367 thousands of people moved to Russia within its framework. The development of the situation in Ukraine has a strong influence on this process: only because of the Kiev-unleashed war in the Donbass 1,2 million Ukrainians arrived in our country. In general, the share of Ukrainian citizens is more than half of the total number of compatriots who have arrived in Russia.

It is difficult to overestimate the role of the information component in working with communities. The activities of the Fund for Cooperation with the Russian-language foreign press are especially in demand - the WARP Foundation. Internet portals Ruwek and the Foundation for the Support and Protection of the Rights of Compatriots Living Abroad are successfully operating. The publication of the specialized journal Russian Century, as well as three regional journals for compatriots - The Baltic World, Unity in Diversity, and the Wider Circle. Currently, the number of foreign Russian-language media has more than three thousand. We attach great importance to the interaction with the youth wing of the diaspora. The practice of holding conferences and rallies of young people, educational trips of young compatriots to historical places of Russia in Russia and abroad has been significantly expanded. Through the PKDSR, in 2013, a forum of young compatriots was held in Moscow under the motto “Oh sport, you are the world!”, And last year a meeting was organized in Kazan “Youth, Science, Innovations”. Sofia hosts an annual forum “Youth Builds the Future” for compatriots from Europe and the near abroad, in which young people from all continents take part.

We’re not going to stop there. Ahead - large-scale work, which we will discuss in detail during the upcoming Congress. More than 400 envoys of compatriots' organizations from 97 countries, heads of federal authorities, relevant ministries and departments, a number of Russian regions, and other distinguished guests will take part in it. Eight people from eight countries will be awarded the Honorary Sign of the compatriot and the Honorary Diploma of the Government Commission on the Affairs of Compatriots Abroad.

I am convinced that by joint efforts we will successfully solve the tasks before us in the interests of further unfolding the enormous potential of the Russian world.