November 7 2015
76
In this article, we will consider the Ukrainian Su-25 on 2015 year, taking into account combat losses in the Donbas.


During the fighting in the Donbass, the Ukrainian Air Force lost 5 Su-25 attack aircraft, by the end of the summer of 2014 flights aviation have stopped. The last loss was the board of the Su-25M1 08 near Starobeshevo.

For a conflict of this scale, with a fairly large theater, the number of Su-25 was very small. Total 14 drill boards.
5 losses greatly reduced the capabilities of 299-th Brta and forced the command to climb into the reserves.

Where does Ukraine have reserves from? from the USSR. Huge groundwork, a large number of aircraft. On storage aircraft look not very fresh, misleading people. In fact, most of these aircraft are subject to recovery (at the expense of TECH or ARZ).
It's like with tanks in Kharkov. At the "cemetery" there are only buildings, and full-fledged combat-ready MBTs come out.

We turn to combat aircraft.

Su-25 b / n 01 - there were disputes that the plane may be badly damaged or lost in the ATO. The photo of the live appeared a week ago. 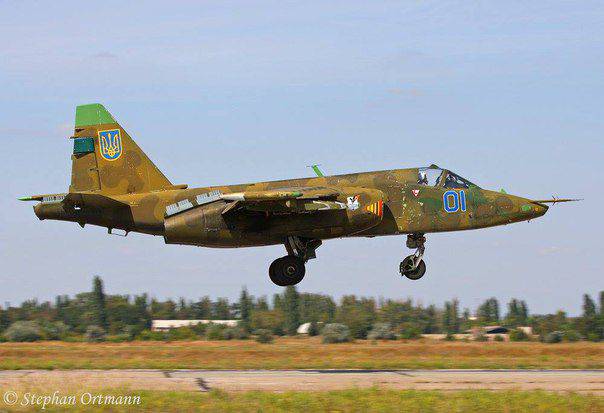 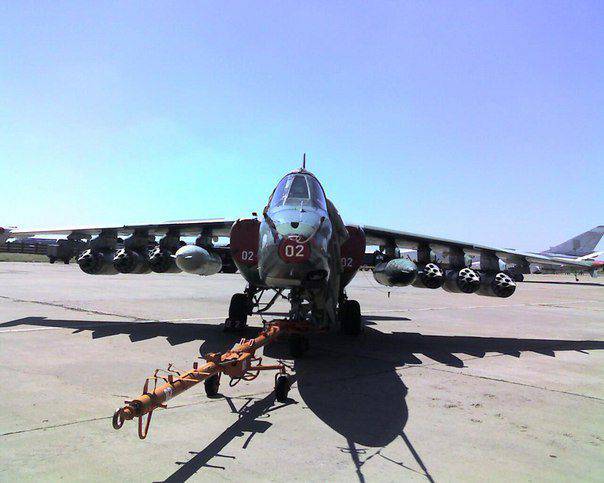 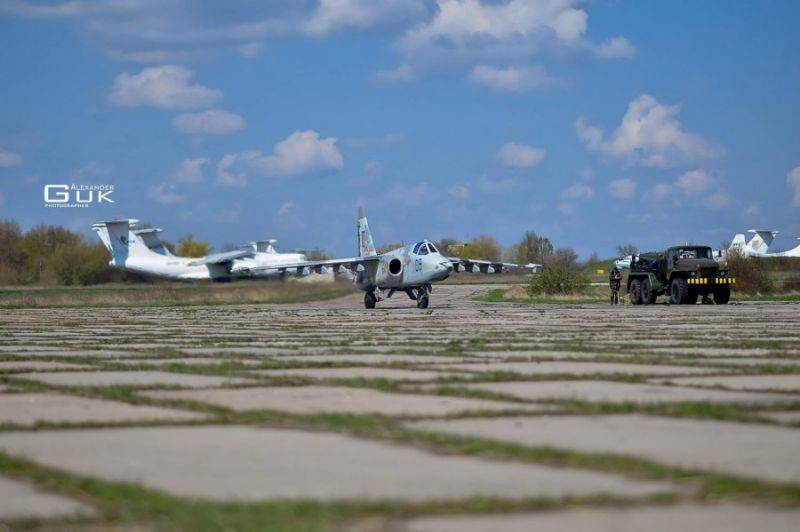 Su-25 b / n 10 - there were disputes that the plane may be badly damaged or lost in the ATO. The photo of the live appeared a week ago. 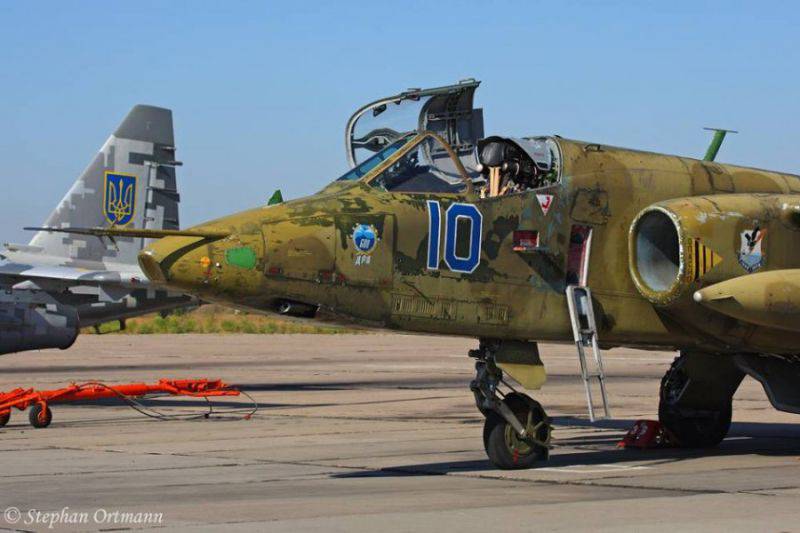 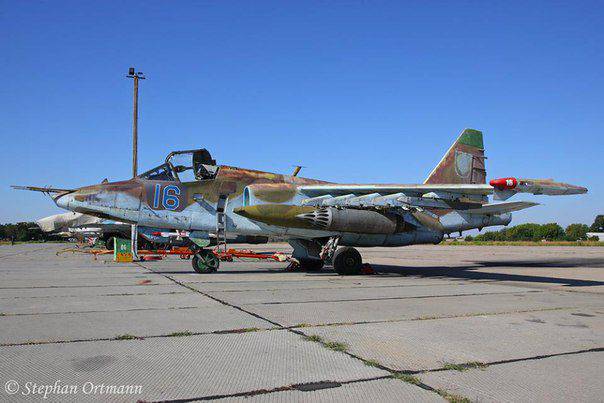 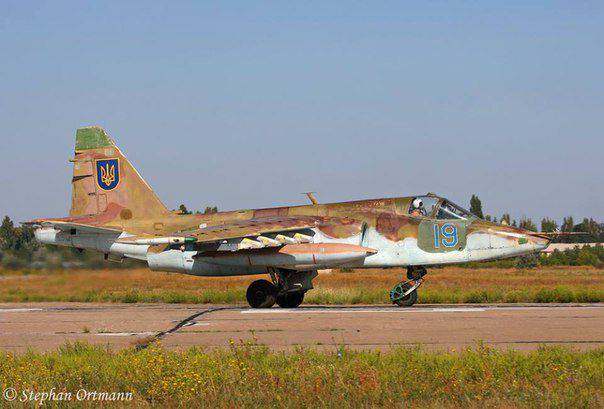 Su-25 b / n 20 - repaired in the TEC of the brigade. Since the 16, 19, 20 troika was repaired without ARZ participation, all the airplanes in the old Flora camouflage. 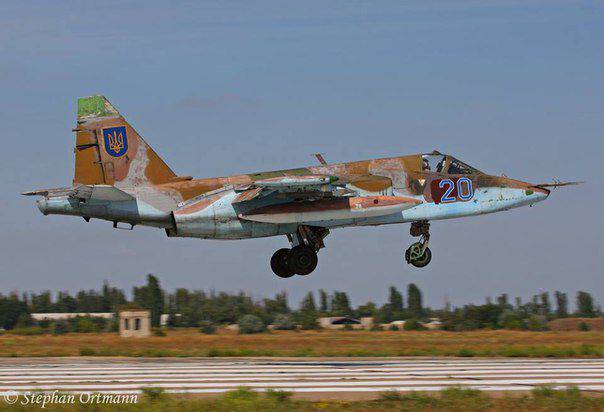 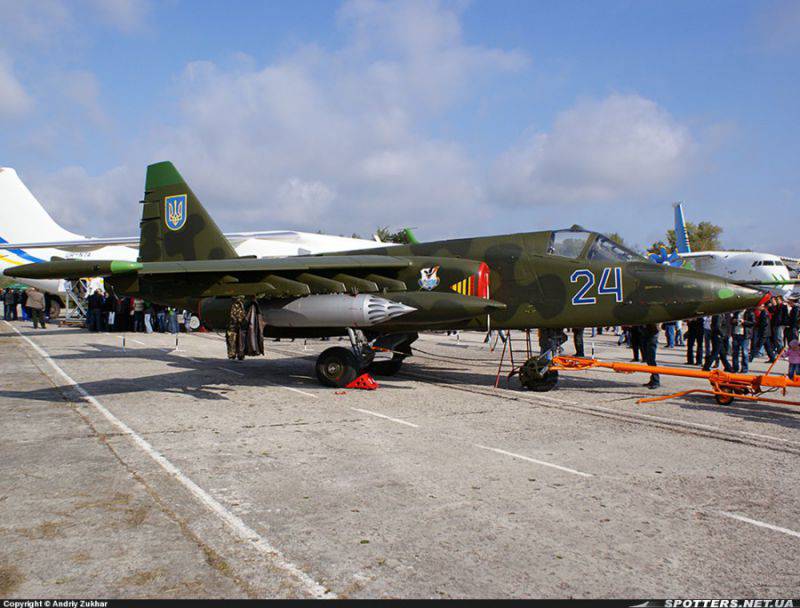 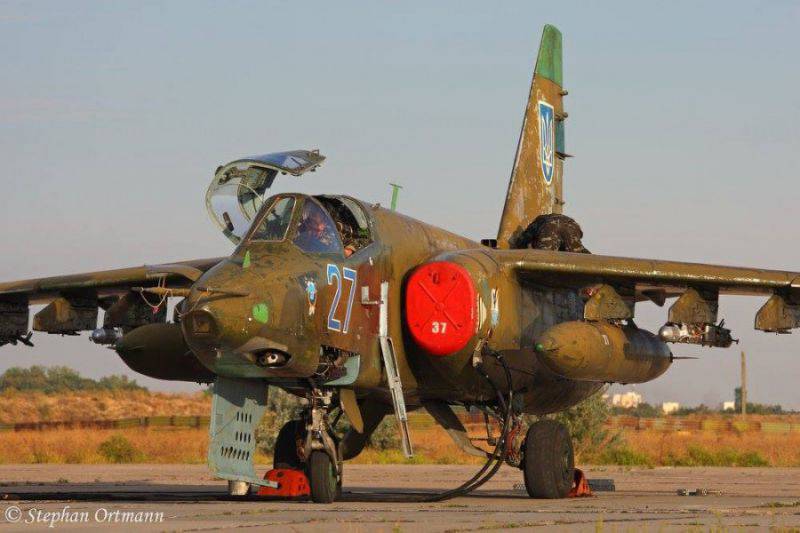 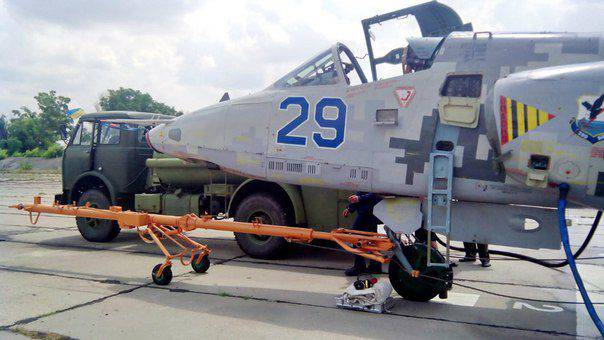 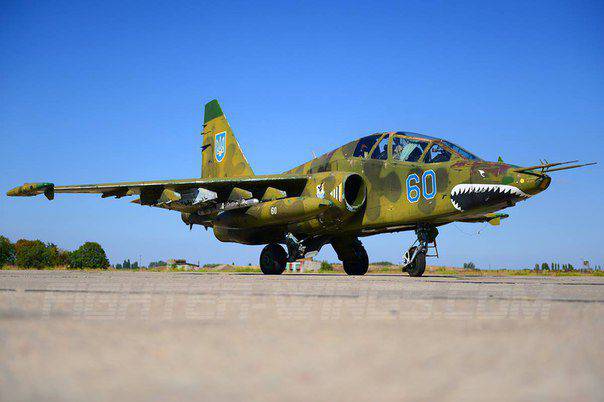 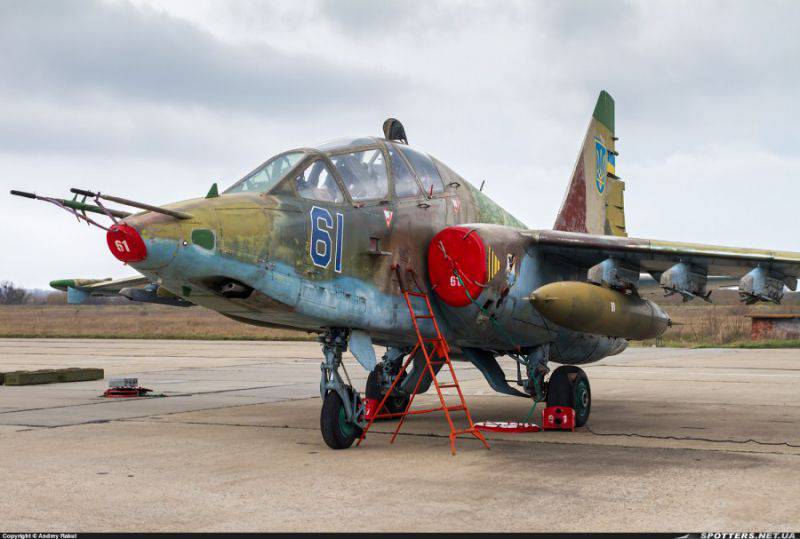 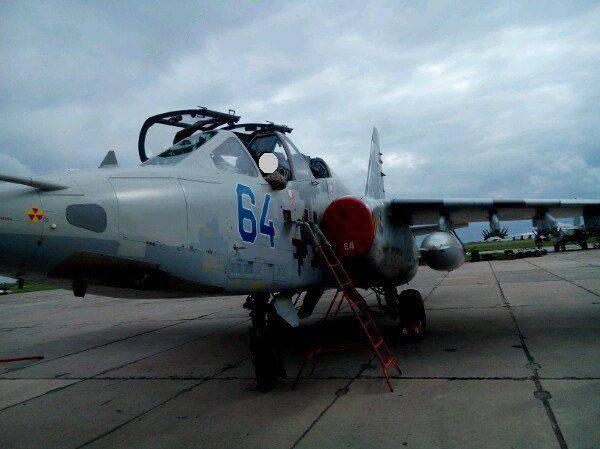 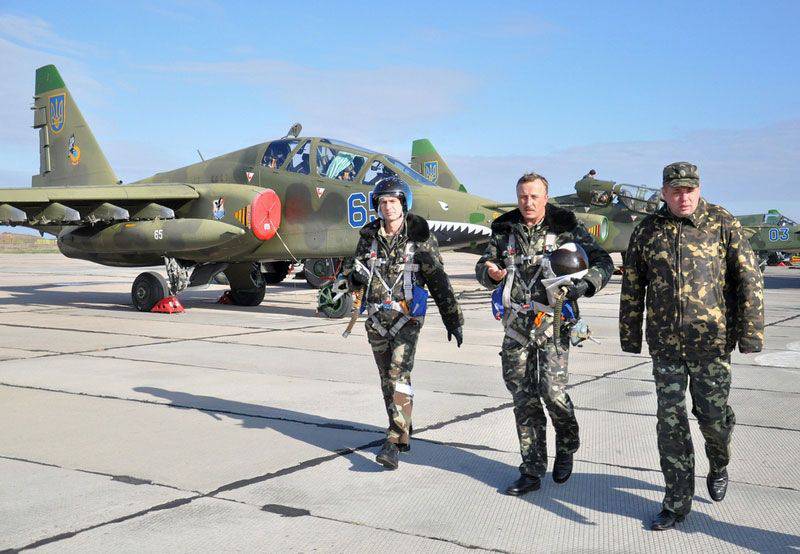 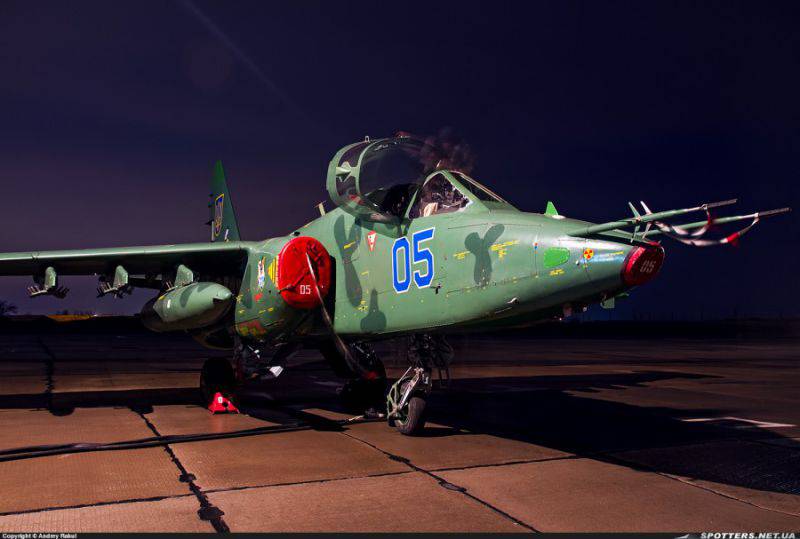 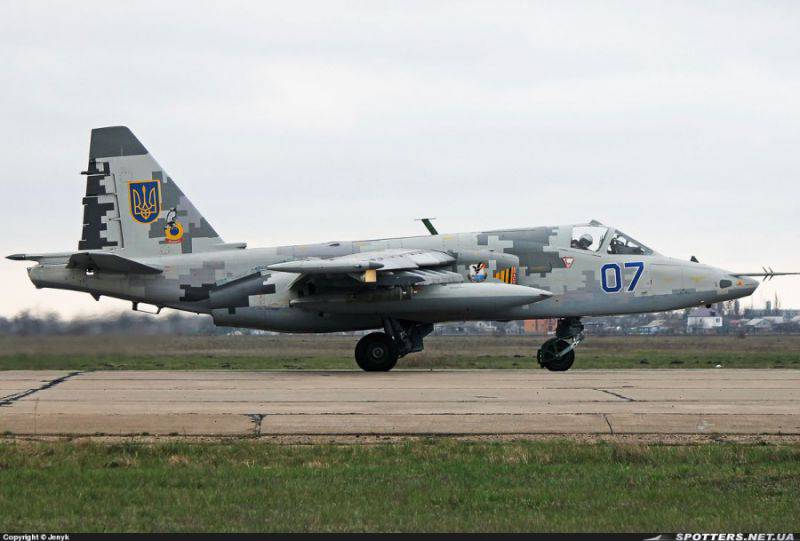 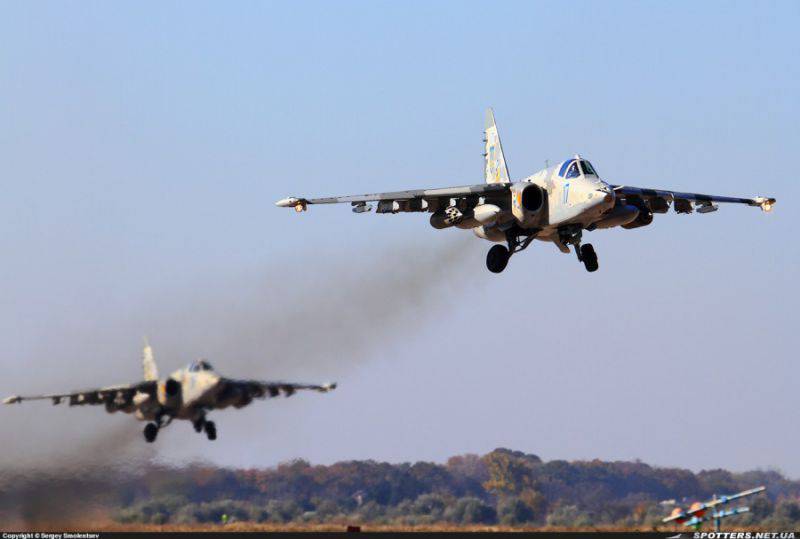 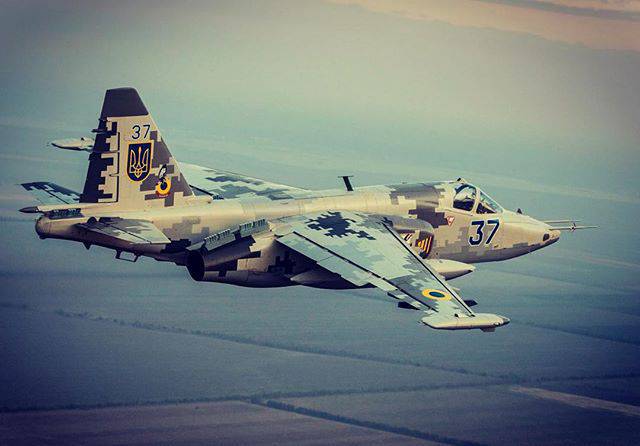 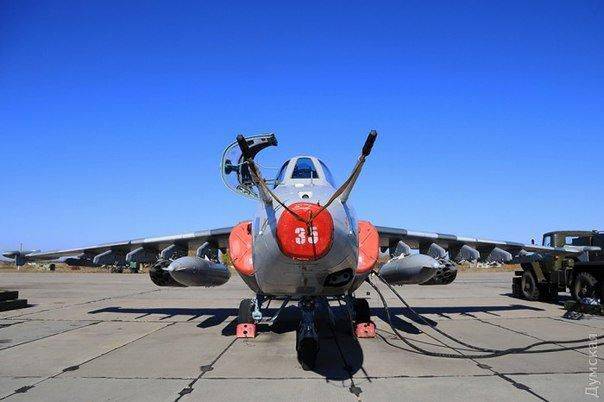 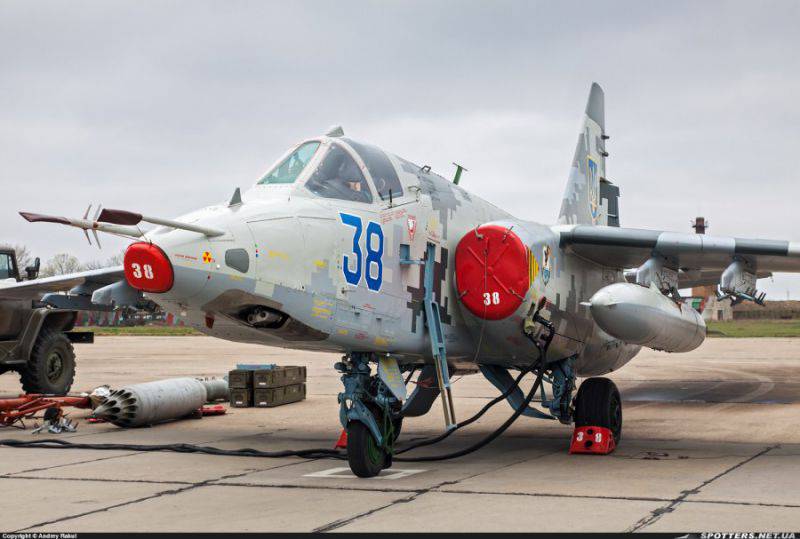 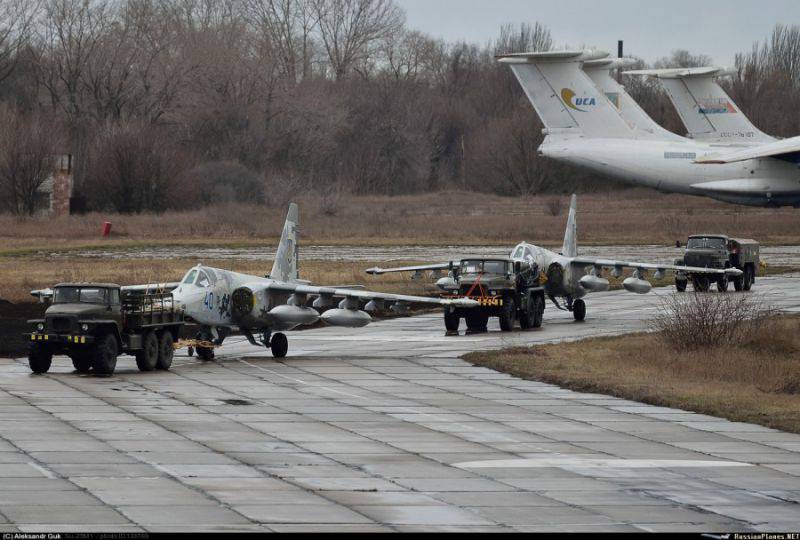 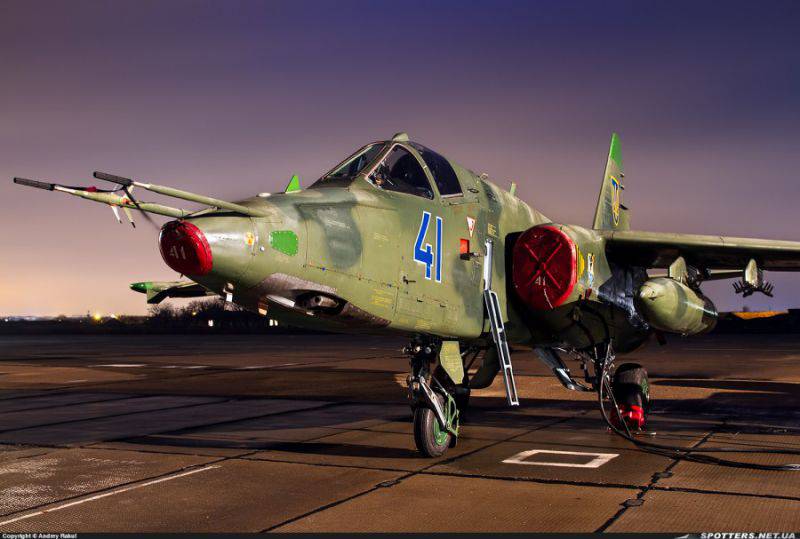 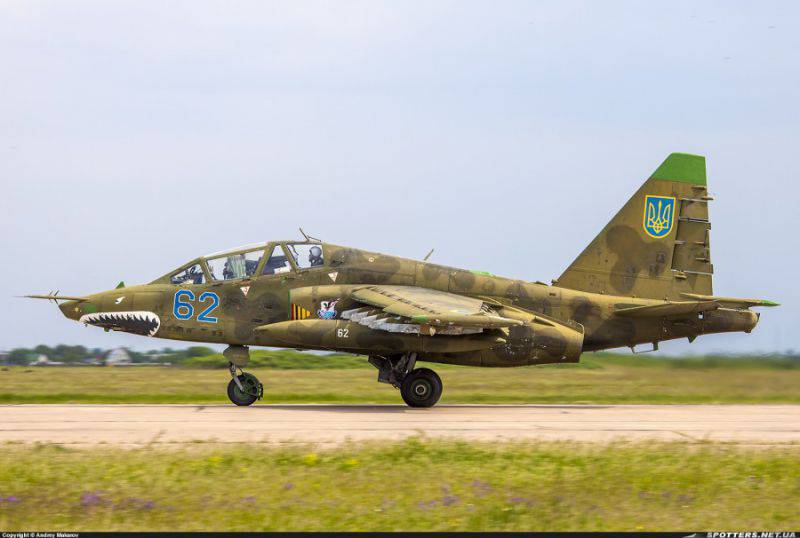 There are a few more boards on the MigRemont plant, as soon as they are rolled out, I update the article.

Ukrainian Air Forces already have a full-fledged SHAP (assault aviation regiment) with the prospect of building up to brigade state.

All data collected from open sources and are not secret.

In this article I did not give out any extra information, the intelligence of the Russian Federation knows and sees everything. The article is intended for aviation enthusiasts and those interested in the context of war.

Ctrl Enter
Noticed oshЫbku Highlight text and press. Ctrl + Enter
We are
Photo report from MAX 2013 (Demonstration Flights)An-12 in Afghanistan
76 comments
Information
Dear reader, to leave comments on the publication, you must to register.