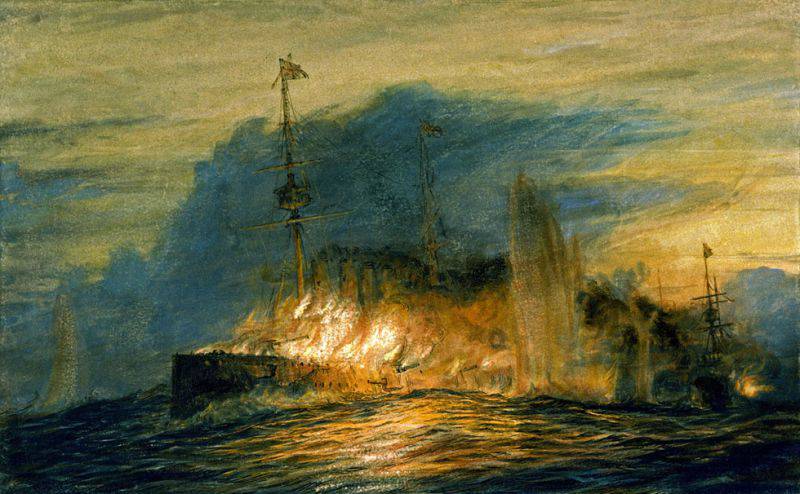 1 November 1914, a significant event occurred in stories British fleet: For the first time in more than 100 years, an English squadron was utterly defeated in a naval battle. In general, the fall of the 14th turned out to be a shocking failure for the “mistress of the seas”. On September 20, in the port of Zanzibar, the German cruiser Königsberg shot and drowned the English light cruiser Pegasus. On September 22, a German submarine easily and naturally sent three British armored cruisers to the bottom. On October 27, a mine was blown up and the newest battleship Odesias sank, and four days later the German “Squadron of the South Seas” under the command of Admiral Maximilian von Spee in a battle near the Chilean port of Coronel dealt with the English flotilla of Admiral Christopher Cradock, drowning the armored battleships and “Good Hope” (translated as “Good hope”).
At the same time, none of the crews of the cruisers escaped, they died in full force, including Admiral Cradock himself, and the Germans did not lose a single sailor. The halo of invincibility and omnipotence of Royal Nevi noticeably faded, and for the first time since the time of Bonaparte the British appeared at the sea a formidable rival.
True, the margin of safety of the largest in the world at that time British naval forces was still enormous. After sustaining a series of strikes, they took revenge for Coronel a month later, destroying the Spee fleet in the battle of the Falkland Islands, but that was another story.
On the screen saver - burning "Hood Hope" a few minutes before death. 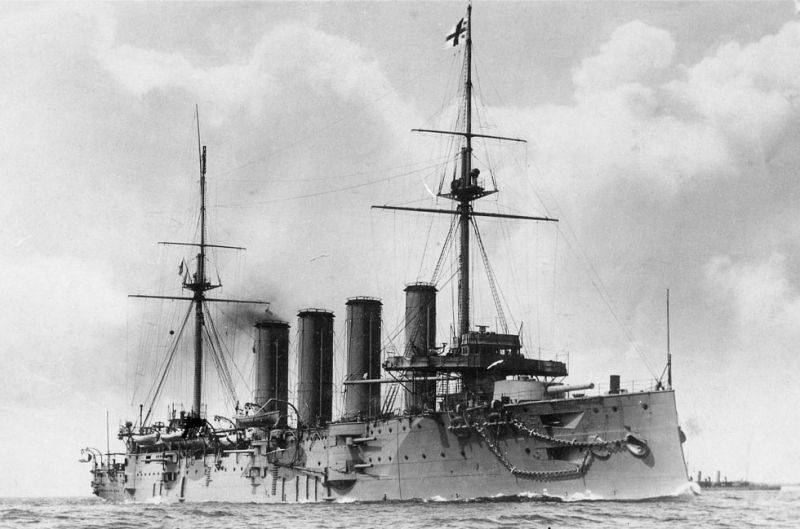 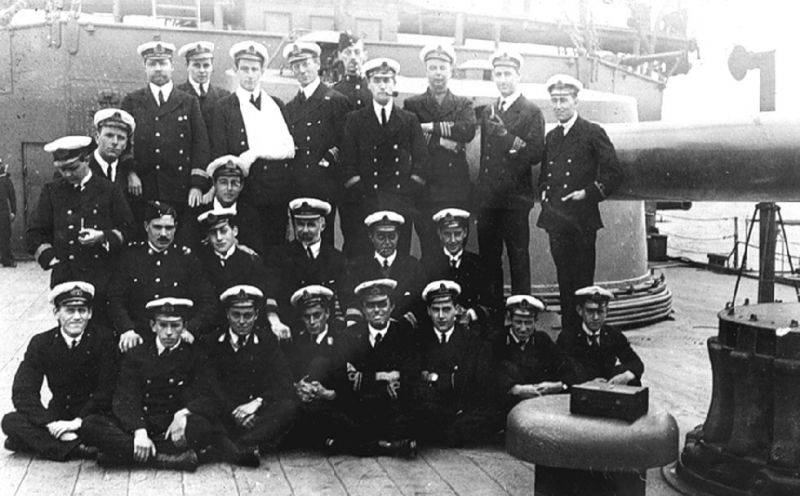 A group of Hope Hope officers. They all died exactly 101 a year ago, and with them - 867 cruisers sailors. 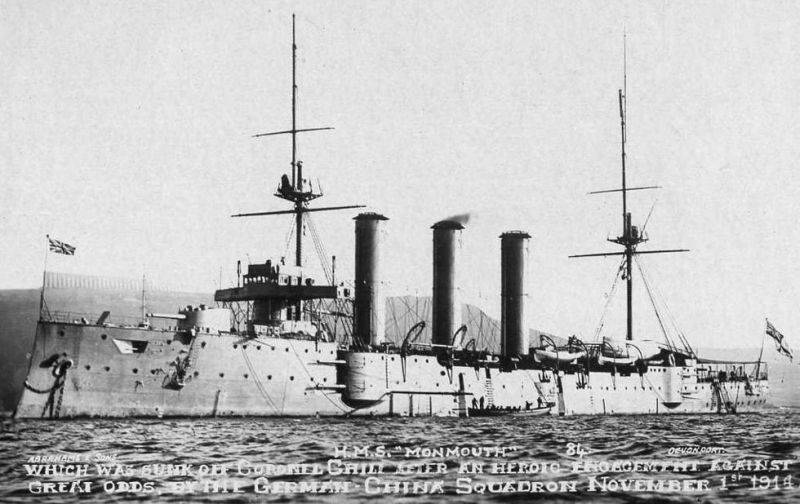 The armored cruiser Monmouth, which survived Hope Hope for an hour and a half. It killed 735 people. 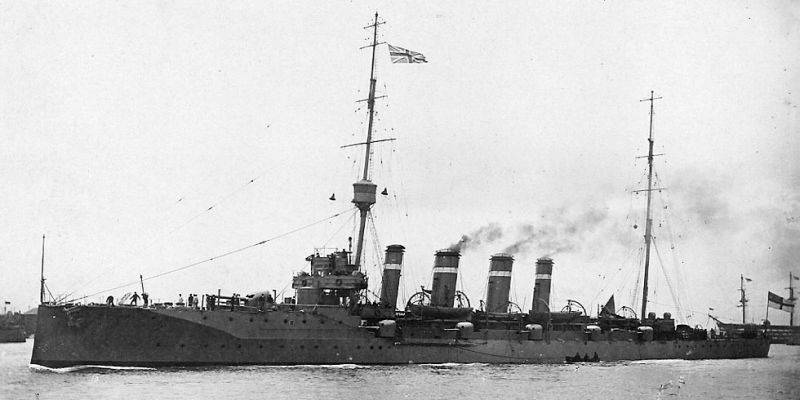 Light cruiser "Glasgow". In the battle of Coronel, he received six shots, but managed to escape due to high speed and the onset of night. 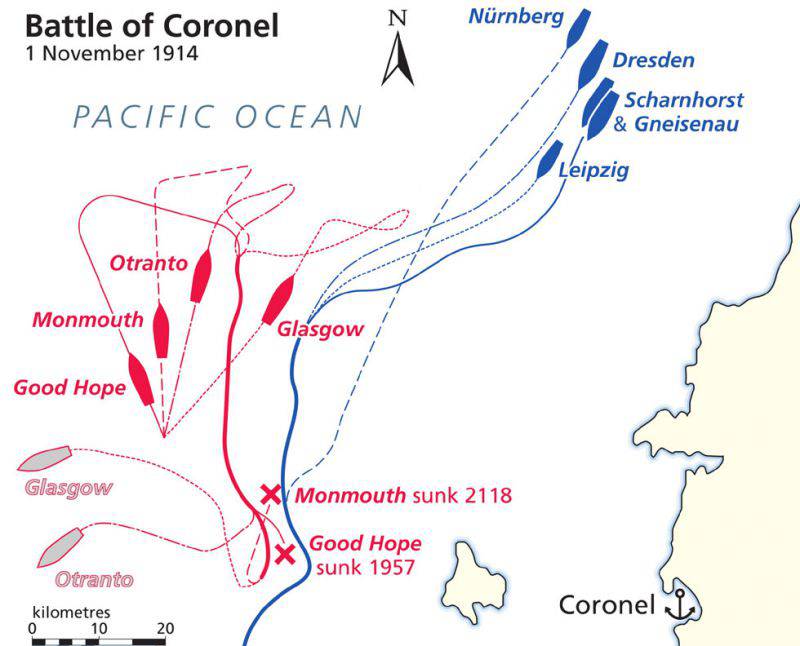 The scheme of the battle of the port of Coronel. 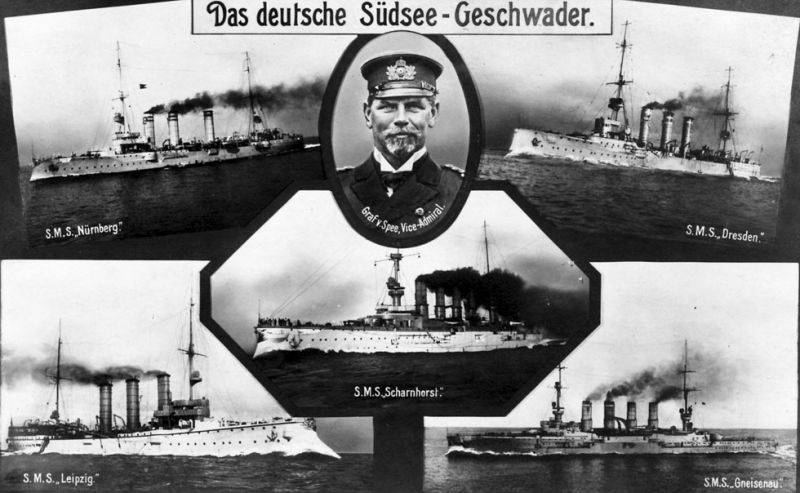 German collage with photos of the brave admiral von Spee and his ships Zyudzee-Geschwader - the cruisers Scharnhorst, Gneisenau, Nuremberg, Leipzig and Dresden. . 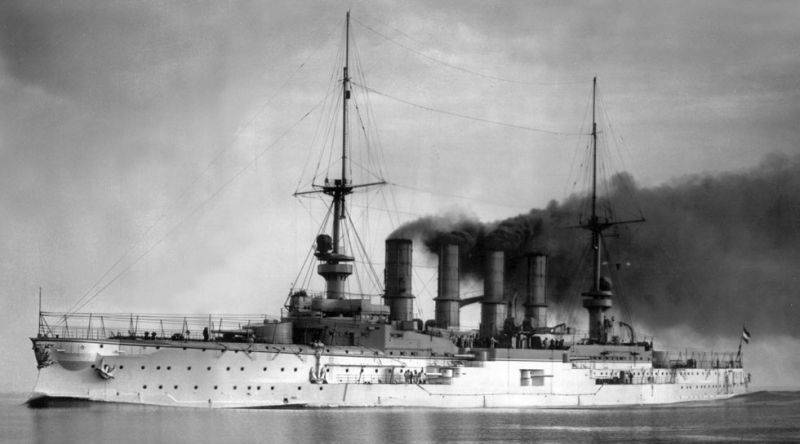 One with the "Scharnhorst" cruiser "Gneisenau". 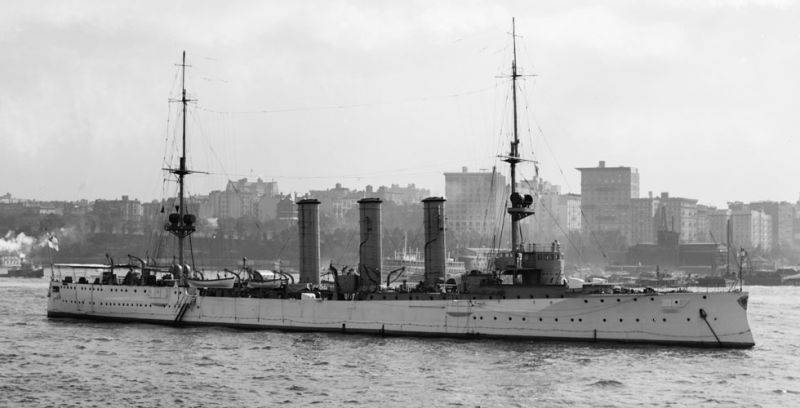 Light cruiser "Dresden" during a visit to New York in 1909. 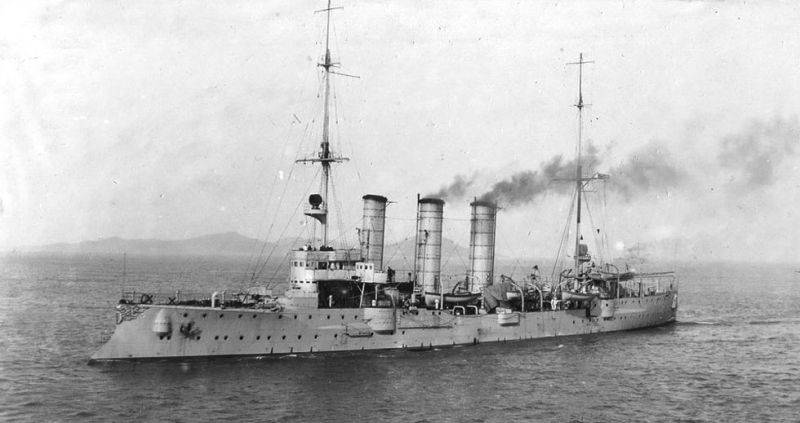