November 2 2015
7
The number of victims of the terrorist attack on a hotel in Mogadishu (the capital of Somalia) has increased to 17 people, reports RIA News DPA message. 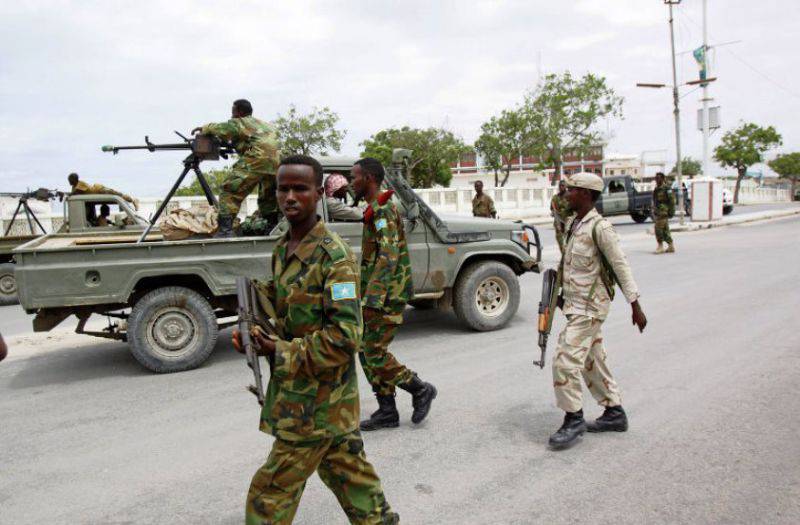 On Sunday, 15 dead were reported.

Another 2 man died from wounds at a local hospital. In total there are about 25-ti affected by the attack.

It is reported that among the dead - "the owner of the hotel, a number of politicians and members of the security forces."

Capital Hotel "Sahafi" was attacked on Sunday night. “At first, a mined car rammed the gates, then the bandits on the roof of the neighboring building opened fire from rifle weapons"- writes the agency.

According to a police spokesman, Hassan, “there were six attackers dressed in the form of Somali soldiers, all of them killed.”

“Presumably, these were militants from the radical group Al-Shabab,” the law enforcement officer added.

Ctrl Enter
Noticed oshЫbku Highlight text and press. Ctrl + Enter
We are
Al-Shabab militants take control of a Somali peacekeeping base, killing at least 60 troopsReports from the militia of New Russia for 13-14 September 2014 of the year
Military Reviewin Yandex News
Military Reviewin Google News
7 comments
Information
Dear reader, to leave comments on the publication, you must sign in.