November 1 2015
32
Two terrorists from the Nazran's underground, who swore allegiance to the Islamic State this summer, were discovered and liquidated in Ingushetia, reports RIA News report of the National Anti-Terrorism Committee. 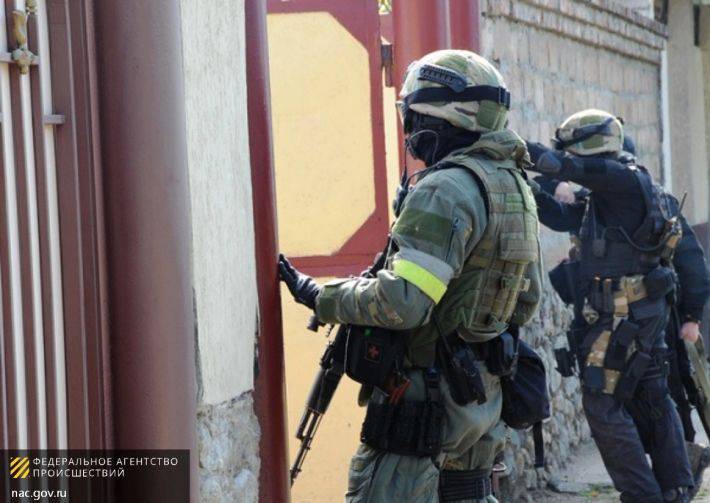 The operation to eliminate bandits took place in the city of Nazran.

"According to the data available in the operational headquarters of the NAK, the neutralized bandits in June of this year swore to the international terrorist organization ISIL," the report says.

According to the committee, "under the leadership and with the direct participation of Makhauri, law enforcement officers were attacked, explosions and shelling of police convoys in 2009 and 2012 took place, which resulted in more than 20 police and internal troops."

According to the report, “an improvised explosive device with a capacity of about 5 kilograms in TNT equivalent, grenades, pistols and ammunition to them was found ready for use in a car belonging to a gang group.

The NAC added that along with the bandits was a woman. “Her identity has been established - this is Leyla Chemurziyeva, 1984, who was born, the widow of the bandit leader Tachiyev, who had been previously neutralized, who performed the role of liaison among the militants. At the moment she is taken into custody and taken to one of the city hospitals "- said in a statement.

Ctrl Enter
Noticed oshЫbku Highlight text and press. Ctrl + Enter
We are
Five militants killed in Ingushetia: powerful suicide belts found on two bodiesThe statement of Doku Umarov: do not kill the Russians, they are against Putin
32 comments
Information
Dear reader, to leave comments on the publication, you must to register.