October 31 2015
92
The Russian MiG-31 disappeared from radar on Friday at 150 km from the town of Klyuchi in Kamchatka, reports RIA News with reference to the Ministry of Defense of the Russian Federation. 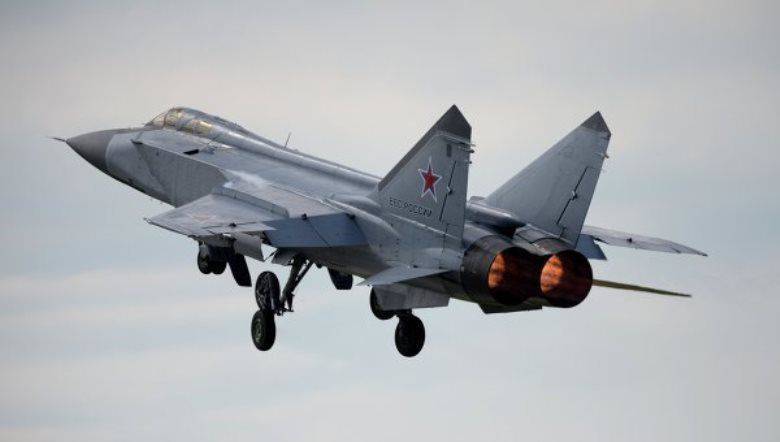 “At 18.38 Moscow time Friday, a mark from the MiG-31 aircraft of the Eastern Military District was missing on radar display media. The plane returned to the base airfield in the Kamchatka region after completing the planned training flight, ”the message says.

The patrol IL-38 was sent to search for the aircraft, “whose crew found pilots, canopy parachutes and a signal pyre on an emergency radio beacon operating”.

"Both pilots of the MiG-31 fighter aircraft that had crashed in the Kamchatka region were successfully evacuated to the Yelizovo airfield by the search and rescue service of the Eastern Military District, which arrived at the landing site of the pilots immediately after the weather improved in the search area",
said in a release department.

According to the press service, “after a preliminary examination, the doctors concluded that nothing threatened the lives of the pilots.”

Ctrl Enter
Noticed oshЫbku Highlight text and press. Ctrl + Enter
We are
Who has the keys to our sky?The situation in the south-east of Ukraine. Chronicle of events. 3 May
Military Reviewin Yandex News
Military Reviewin Google News
92 comments
Information
Dear reader, to leave comments on the publication, you must sign in.