There is an information war 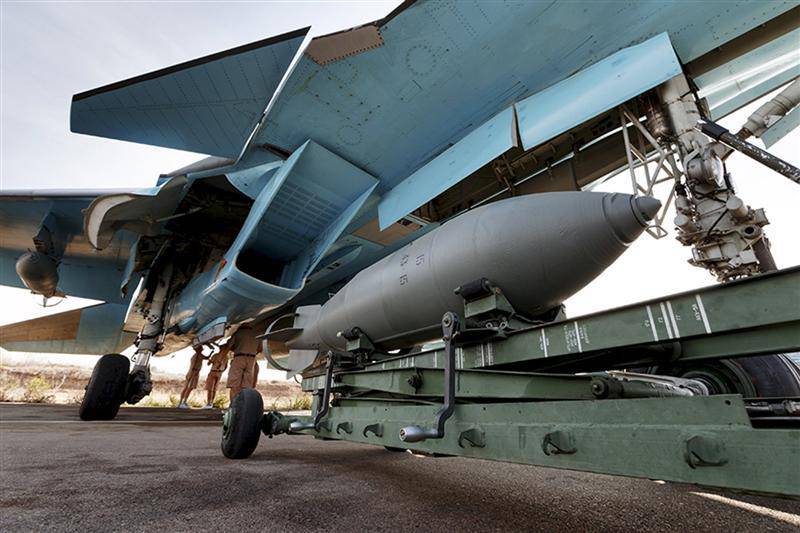 A well-known human rights organization Human Rights Watch (HRW) issued a message stating that peaceful Syrian citizens had repeatedly become victims of Russian bombardments. This newsnot confirmed by any evidence, instantly replicated the Western press. And then it was concluded that Vladimir Putin, as the Supreme Commander of the Russian Armed Forces, had already “taken over himself to the international tribunal” ...

It should be noted that the HRW message appeared at a time when the army of Bashar al-Assad, with the support of the Russian aviation launched an offensive in the northern regions of the province of Homs, where at least 50 thousand people live. According to human rights activists, fighting in such a densely populated enclave is a huge risk for the local population. And right there, referring to some “informed doctors”, it is reported that 59 civilians were already killed as a result of Russian air raids in the province, and according to HRW, the bombing of the Gantu village became the “bloodiest”, on October 15 family of 46 people.

Naturally, the dead were relatives of one of the commanders of the Syrian Free Army (FSA), therefore, until the bombing stops, there is no need to talk about any joint efforts of opposition groups with regular units of Damascus in opposition to the Islamic State, representatives of the FSA say.

In fact, there are still no reliable facts that Russian aviation is showing “indiscriminateness”. According to objective monitoring data that the Ministry of Defense of the Russian Federation regularly provides to the world community, HRW can only oppose unnamed testimonies in words. Or, for example, references to the head of the Syrian Human Rights Observatory Rami Abdel Rahman, who, before becoming a British subject and HRW activist, was selling kebab in London. From the same series and the message in the Twitter account of the so-called Syrian civil defense volunteer groups that "Russian pilots are responsible for 53% of all civilian deaths from September 30 to October 17."

It’s not even a question of how they managed to get such statistics on the territory where active military operations are being conducted and sometimes you can’t even lift your heads. The question is different: why did the SSA, Mr. Rahman and HRW human rights activists, did not see anything, did not hear, and did not say a single righteous word when militants from the Islamic State organized mass demonstration executions in the occupied territories? Presumably, then everyone was happy with everything. Moreover, everyone remembered well the video story when the commander of the SSA named Abu Sakar publicly ate the heart of a soldier in the army of Bashar al-Assad. For the sake of fairness, it should be noted that HRW did not ignore this cannibal episode, but since it did not work on the image of the so-called rebels and did not meet the geopolitical interests of the West, the “progressive community” did not dwell on it.

Such comparisons suggest that all these reports of "inhuman bombardments" that the Russian videoconferencing forces allegedly sin in are another round of information warfare, which has moved from the general political field to the operational-tactical level and has one goal: to stop it by hook or by crook. offensive army of Bashar al-Assad. And along the way - to discredit Russia.

In other words, another massive informatics is being undertaken, the organizer and customer of which is not so difficult to establish. His ears literally protrude from the message of Al-Arabiya TV channel, which informed the English-speaking world that October, the Russian HVAC had bombed a hospital in Sermin (Idlib province), as a result of which 20 died. No evidence is given, but what is remarkable: this message appeared two weeks after US aviation bombed the Doctors Without Borders (MSF) international hospital in Kunduz in northern Afghanistan, and 13 people were killed.

At first, Americans, as usual, did not admit guilt. And only a few days later, US President Barack Obama did bring personal apologies to MSF President Joanna Liu for an “erroneous air strike.” But the Associated Press does not seem to believe in blind chance. According to the news agency, over the course of several days before the air attack, US intelligence gathered information about the hospital building that was marked on military maps — the militants seemed to have arranged something like a focal point there. This is very American - first hit with all the power, and then understand ...

But now it turns out that the Russians seem to be no better at all? .. See how cleverly the information was compiled about the alleged bombing of a hospital in the province of Idlib. Literally on the same day, after Al-Arabiya, the France-Presse agency in Paris gives an explanation: they say that the hospital staff certainly confirm the fact of the bombing, but they cannot say with 100-percent certainty that they were Russian aircraft. And right there in the France-Presse information it says: “It is significant that the Russian Defense Ministry said today that Russian aviation attacked Sermin, where, according to the Russian military leadership,“ the leaders of terrorist groups ”gathered.

In general, everything is exactly as it was with the American bombing of the hospital in Kunduz. And since France-Presse reports that the Russian military admits the fact of a bombing of a medical facility, the European man in the street has no doubts: first, the Russians are bombing everything in Syria that does not distinguish between military and civilian objects. secondly, the Russian weapon not so accurate. What, in fact, should prove ...

In fact, the “Ministry of Defense of the Russian Federation” never made any “frank confession” about this. Rather the opposite. The message about the alleged bombing of the hospital in Sermine, the official representative of the military department, Major General Igor Konashenkov, called the next duck and added: “We carefully monitor and analyze such injections ... Before you destroy any object of terrorists, the information is checked for more than one day and on several channels. And only when we get 100-percent confidence in the target, does the aircraft strike with the appropriate high-precision ammunition. ”

The Kremlin holds the same point of view. “When choosing targets,” said Presidential Spokesman Dmitry Peskov, “when using the necessary data that the Russian military, Syrian colleagues, and colleagues at the Baghdad Information and Coordination Center receive, priority is given to not harm the civilian population.” There would be another conversation if, say, the same Al-Arabiya presented video evidence, and so it turns out - a word against a word. Moreover, the Russian Ministry of Defense, which has to justify itself, is in a deliberately unprofitable position. The standard situation in the information war, which Western propaganda brought to perfection: whoever first said, he is on a horse! And if after a while the truth still comes out, it will not be interesting to anyone ...

But there is one remarkable detail. Those “informed health professionals” referred to by Al-Arabiya are the Syrian-American Medical Society, registered in the state of Illinois. Is this organization related to medicine? .. According to Major General Konashenkov, it was the Syrian-American Medical Society that was used to replicate "evidence" of alleged use of chemical weapons against the Syrian opposition. As they say, comments are superfluous.

Well, the fact that Russian aviation does not bomb peaceful facilities in Syria is confirmed by the Islamic State militants themselves, who have recently been actively pulling up their headquarters and military equipment closer to hospitals and mosques.

Ctrl Enter
Noticed oshЫbku Highlight text and press. Ctrl + Enter
We are
Interview of V. Putin to Channel One and the Associated Press AgencyWhat you didn't want to know about England
Military Reviewin Yandex News
Military Reviewin Google News
27 comments
Information
Dear reader, to leave comments on the publication, you must sign in.