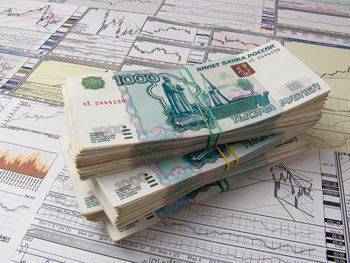 The prospects for the foreign policy of the Russian Federation run into internal problems.


This year the Valdai Forum was dedicated to the problems of war and peace. Having repulsed from the fight against terrorism in Syria, Russian and foreign political scientists, meeting with key Russian politicians, reflected on the patterns and profound changes in world politics.

However, foreign policy is just a continuation of domestic policy. It cannot be analyzed, in particular, without studying the socio-economic policy of the country, which creates the human, cultural and economic basis for its actions in the international arena.

Therefore, V.Putin, speaking at the Valdai Forum, spoke about social and economic issues.

In an extremely clear and capacious form, he expressed an accurate understanding of the strategic patterns of the modern world: technology, integration, culture.

First of all, the President of Russia emphasized the fundamental importance of the transition to a new technological order: he pointed out that "everything is based on" not just an abstract "economic growth", but precisely its development "on a new technological basis."

Probably, foreseeing the division of global markets into macroregions already beginning with the signing of the Trans-Pacific Partnership, Vladimir Putin stressed that for Russia "the future is ... certainly in the development of relations with our ... closest neighbors, partners and allies in organizations like Eurasian Economic Union, CSTO (Collective Security Treaty Organization); with such neighbors as the People's Republic of China; of course, with such a great country as India. " It is quite characteristic that the president of Russia said about the development of relations with the leading European economic war against Russia in a ritual order, already completing the transfer, and about the United States with a characteristic clause "if, of course, our partners want it," he mentioned it at the very last moment after the Islamic world.

This is a qualitatively new coordinate system for the entire Russian elite, which until recently was divided into blindly obeying the West and being trained by its junior managers, on the one hand, and wanting to cooperate with it relatively equally, but at any cost, even forcibly, even in spite of self-interest, on the other.

In a simple order of listing, the Russian president distinctly said: "Shadow, know your place," not only to the West as such (while expressing a relatively strong interest in Europe), but also to its agents in the Russian political class.

Calling Russia's advantage a high proportion of the Muslim population, thanks to which "we can be a link between many of our partners and the Islamic world," the Russian president emphasized the cultural factor that is crucial for modern development.

However, in contrast to the strategic factors of foreign policy, V. Putin’s description of its tactical factors, that is, socio-economic policy, made a frightening impression.

In captivity of 90's liberal raving

Quite rightly stating that not only Russia, but the whole world is experiencing an economic crisis, stressing the insignificant contribution to our difficulties of the credit and investment blockade of the West (abbreviated as “sanctions”), the president called “the most important factor” of our economic problems ”falling prices traditional goods ... export. "

This approach, popular in the liberal clan, ignores the fact that the devaluation of the ruble and the panic flight of private capital from Russia began in January 2014, when the oil price was more than $ 105 per barrel (and before the start of the sanctions).

The decline in the share of the oil and gas sector from 14 to 9% of GDP, cited as a sign of economic diversification, seemed to be due to the double reduction in the cost of oil. Comparison with the mono-industrial economies of Saudi Arabia and Venezuela, which are not claiming to diversify and are obviously not comparable with Russia in technological development, looked strange, giving the impression of deliberately discrediting the president by some part of his apparatus.

The statement “I consider the assertions of those ... specialists and members of the government, who believe that the peak of the crisis has been passed,” received a great response. Yes, the decline in GDP slowed down from 4,6% in August to 3,8% in September, in the third quarter for the first time in a long time, although small, but private capital inflows were recorded, inflation declined, and the federal budget that received additional revenues from inflation and devaluation in August and September reduced with a surplus (about which neither the Ministry of Finance nor the government of Medvedev as a whole seems to have been told to the president).

But the real causes of the crisis - corruption, monopoly, and the fundamental refusal of the liberal part of the government and the Bank of Russia to develop for the sake of encouraging speculators - killing the economy - have not disappeared.

But in December Russia will face the last peak in external debt payments - $ 24 billion, which is three times higher than the background level; the past, much smaller peak in payments led to the August devaluation of the ruble. Since the Bank of Russia will not spend its reserves (at least off the exchange or on agreed purchases within the exchange - this is contrary to liberal dogmas), we will face a new devaluation, and, accordingly, a surge in inflation, which is now moderated only by the poverty of Russians.

The fall in investment (and the bulk of the reduced imports is investment), living standards and current consumption (in September - by more than 10%) of Russians are just an external expression of the financial catastrophe on the brink of which the overly tough financial policy in the style of 90 -s. So, if in February-April 2015 the balanced financial result of Russian organizations (except for small businesses, banks, insurance companies and budgetary organizations) exceeded last year by 1,9-2,8 times, then in May it was lower than last year by 9,8 % - and this is in nominal terms, excluding the influence of inflation (not to mention the devaluation effect!) In June, the lag from last year was 20,0%, and in August the balanced financial result, which has been steadily decreasing since April, reached an insignificant 127,2 billion rubles - 8,2% of the maximum March result (1.547,1 billion). As a result, the lag from August 2014 was 4,4 times, which clearly reflects the stifling of the economy by an excessively tough financial policy and the transformation of Russia into a paradise for speculators under the pretext of fighting inflation.

The allocation of budget funds to "the most affected industries and construction" will not break the negative trends laid down by monetary policy, plunging Russia into the most severe "money hunger."

“Stabilization of the national currency” with the help of the Bank of Russia’s withdrawal from the foreign exchange market and the fundamental refusal of currency regulation stimulates speculators and is extremely unstable and temporary.

The literacy rate of liberal economists, in the spirit of which the president’s answer to the question on specific aspects of social and economic policy was sustained, shows that they don’t even know that the government’s foreign exchange reserves are part of Russia's international reserves reported by the Bank of Russia! As they said in 1997 about Yeltsin, "the president was set up again."

Judging by Vladimir Putin's speech, macroeconomic stabilization in Russia will continue according to the IMF's prescriptions that led us to the catastrophe of 1998 and the political crisis of 1999 - the tightening of financial policy and the demonetization of the economy to its complete destruction and, accordingly, the destabilization of the country. The monstrous experience of dozens of countries around the world and of Russia itself, it seems, will be ignored further - until it breaks down into a systemic crisis.

It seems that the president is carefully protected from the understanding that all developed countries at the stage of maturity of their financial systems corresponding to the current state of Russia, rigidly and uncompromisingly, albeit in different ways, separated speculative money from the money of the real sector - in fact, that's why they became developed ... This is an indispensable condition for development, since otherwise the money of the real sector will inevitably go to speculative markets, as it was in Russia in the 90s and as it is being renewed now. In the most market-oriented country in the world - the USA - the corresponding restriction was lifted only in 1999.

However, there is not even a hint at the categorical need for the implementation of this fundamental principle (allowing to start targeted lending for the development of the economy and through this increase the level of its monetization).

And the political consequences of this are already evident.

Even in conditions of unprecedented, almost 90% support for V.V. According to the data of the Internet poll (despite the understandably limited representativeness of this genre), Putin's social and economic policy is supported by only less than 13%. More than 61% oppose it, and 18% adhere to an astounding design designed to save their respect for the president: V.V. Putin "has nothing to do with the socio-economic policy currently being pursued in Russia." However, it is clear that these people also do not support a liberal policy in the style of the 90s, which is essentially aimed at destroying them, driving them to despair, Maidan and supporting a coup d'etat in the form of one or another "color revolution". Without a decisive change in this policy, serving the interests of global business against the interests of Russia and focused on encouraging speculation while suppressing development, without starting modernization, without bringing our socio-economic policy in line with our foreign policy, our country will face Troubles, threatening its very existence.

Ctrl Enter
Noticed oshЫbku Highlight text and press. Ctrl + Enter
We are
Military reform as an integral part of the security concept of the Russian Federation: Systematic dynamic assessmentThe importance of the Victory Parade in Russia is being questioned
Military Reviewin Yandex News
Military Reviewin Google News
42 comments
Information
Dear reader, to leave comments on the publication, you must sign in.