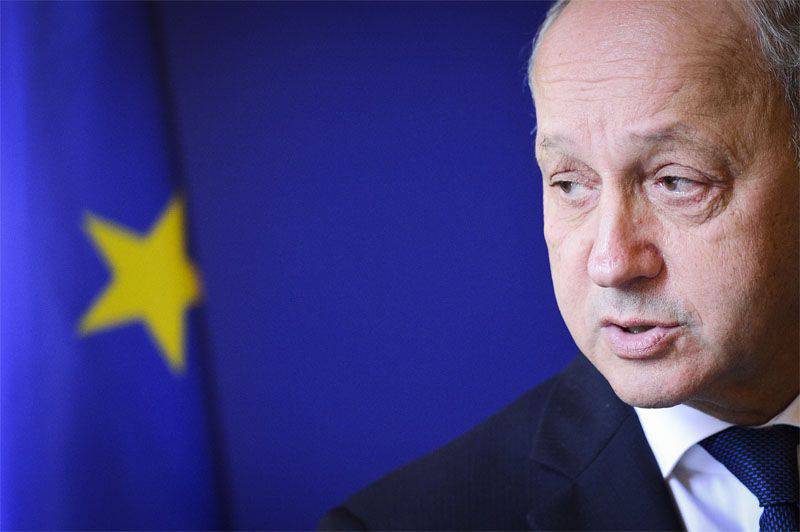 It is surprising that it was in France, and even at the level of the Minister of Foreign Affairs, that they spoke about the alleged insolvency of the people's will, the lack of the population’s right to determine their own destiny. And how then does Paris intend to argue its policy regarding the territories controlled by France, in particular, the Mayotte Islands within the Comorian Archipelago and the Epars group in the Mozambique Channel?

As you know, in August 1972, the UN Special Committee on Decolonization entered the Comorian Archipelago in the list of territories with the right to self-determination. 22 December 1974 France held a referendum, as a result of which 90% of inhabitants of Comor favored independence. However, on one of the islands - Mayotte - 65% of the population was against it.

After that, the French government held a second referendum in 1976 - this time separately for Mayotte, of which 99,4% confirmed its choice in favor of France. UNGA resolution 31 / 4 from 21 in October 1976 refused to recognize the results of this vote and condemned the French presence on the island. Moreover, the UNGA, in its resolution of November 28, 1994, confirmed the identity of Mayotte to the Comoros.
Despite this, France, relying on the results of another island referendum held in May of 2009, declared Mayotte its 5 overseas department and region. The results of the referendum were not recognized either by the African Union, the UN or the Comoros, which continue to consider Mayotte as its territory.

In the second case, we are talking about the long-standing territorial dispute between Madagascar and France over the ownership of the Epars group of islands in the Mozambique Channel. In 1892, and then in 1897, France declared their possessions. This decision was supported by the relevant decree of the President of France in 1960 three months before the declaration of independence of Madagascar. And the law adopted in February 2007 included these islands in the French Southern and Antarctic Territories.

In the 1970s, Madagascar asked the United Nations to transfer the islands under Malagasy jurisdiction. The United Nations recognized these requirements as justified (resolution of the UN General Assembly 34 34 / 91 from December 12 1979) and called on France to immediately begin negotiations with the Malagasy side on the return of the Epars islands illegally separated from Madagascar. Paris, however, continues to ignore the demands of Antananarivo and the UN.

I think the examples I have cited are enough to understand that it would be better for someone, but France, to deal with their own affairs before assessing the steps of other states.

Of course, about Eparse and Mayotte Fabius is well known, but only this Mr. got used to pay attention to those questions that “are being asked” to affect the real owners of Paris - those that are on the other side of the Atlantic. By the way, is it not time to ask from the same Fabius for the unfulfilled guarantees that they and two other euroministries (Polish and German) were given literally one day before the bloody coup in Ukraine? ..

Ctrl Enter
Noticed oshЫbku Highlight text and press. Ctrl + Enter
We are
The Ministry of Defense declassified the archives of the activities of the UPA during the Second World War
Military Reviewin Yandex News
Military Reviewin Google News
102 comments
Information
Dear reader, to leave comments on the publication, you must sign in.