In the Ukrainian Svatovo, a warehouse with ammunition caught fire

October 30 2015
79
On Thursday evening, a fire broke out in an ammunition depot in the Ukrainian city of Svatovo, located in the Luhansk region, because of the gaps in which dozens of houses have already been damaged. 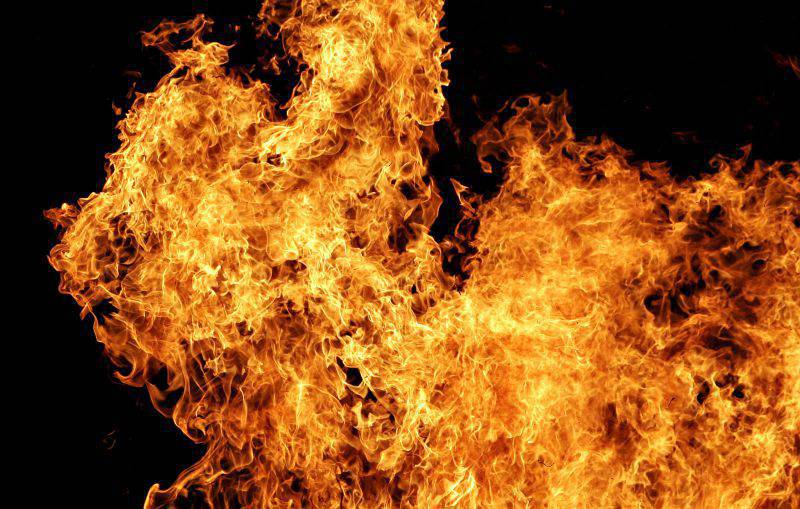 Due to the extremely dangerous situation fire can not start work: according to the latest information, explosions continue to intensify.

The Security Service of Ukraine said that the incident was qualified as a terrorist attack. The governor of the Luhansk region Georgy Tuk said that before the start of the fire, two shots were fired at the warehouse.

According to the deputy chairman of the military-civil administration of the Luhansk region, Yuri Klimenko, more than 3.5 thousand tons of ammunition were stored at the military facility, including projectiles for the Uragan rocket launcher, 220-mm caliber.

“Shells for Hurricane (rocket launcher systems of 220 caliber of millimeters) began to explode in warehouses. Therefore, rescuers are still unable to start extinguishing a fire, ”the report reports the duty of the State Emergency Services Service RIA "News".

In addition, according to the Governor Tuk, eliminating the fire is almost impossible, so the only option left to wait for complete burnout.

"With regard to explosions, but now, God forbid, such as the intensity of the explosions has decreased, but it is now impossible to say with certainty, because ignite may at any time ... How do I redeem warehouses - it is almost impossible, the only way - to wait until it (burn out)," - he said.

At the moment, the city authorities to evacuate residents from their homes under threat.