Russian experts do not believe in the Chinese hypersonic aircraft

October 30 2015
97
In China, a hypersonic aircraft has recently made its first test flight, which in its speed has bypassed all existing modern supersonic aircraft, including the famous Black-Thrush SR-71, an American strategic supersonic reconnaissance aircraft. This was reported by the media with reference to the Chinese military expert Lu Xiaodong. “It was the first test flight of our aircraft at hypersonic speed, this flight was a complete success,” said Lu Xiaodong on the air on the satellite TV channel of Hubei Province. News replicated Russian agencies, in particular TASS.


Lu Xiaodong noted: “In the USA, they have been engaged in creating a new generation hypersonic aircraft for quite a long time that could reach the speed of 5M flight (5 Mach numbers, speeds five times faster than the speed of sound), but the plans of the Americans remain on paper. This time, the PRC, one might say, has managed to exceed all the expectations of international observers. ”

Hypersonic aircraft (HLA or HZLA) are called aircraft that are able to fly in the atmosphere at hypersonic speed (equal to or greater than 5М), and also to maneuver using aerodynamic forces.

According to the Chinese expert, for the implementation of this project, it was necessary to become the owner of a technology for building a hypersonic ramjet engine, which until recently had not been in any country in the world. In addition, it was necessary to create durable, fire-resistant and at the same time light new materials that could withstand the high temperatures to which the aircraft flying at hypersonic speed would heat up. Lu Xiaodong stressed that hypersonic aircraft will be able to quite successfully overcome modern air defense systems, since the approach time is significantly reduced, and the air defense forces of the likely enemy do not have time to react and direct their missiles to a hypersonic aircraft. According to him, one of the promising areas in which hypersonic aircraft can be used will be reconnaissance from the air. 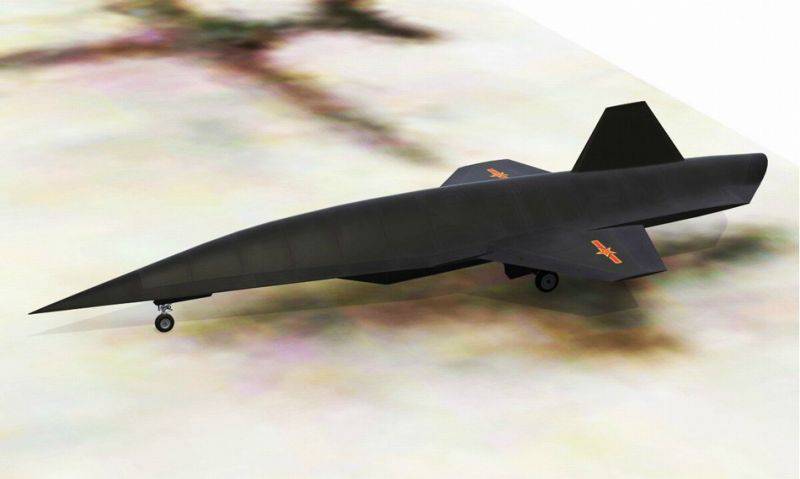 3D-model of the Chinese hypersonic aircraft from the Defense blog

The Chinese hypersonic aircraft may have received the designation Wu-14 and the Americans are already interested in it. According to the publication Defense-blog.com, due to the lack of any information on the appearance of this Chinese novelty today, representatives of the US defense department and military experts tried to create a 3D model of the new promising Chinese hypersonic aircraft. To create this model, they used satellite images. The photo was captured aviation parking located in the test center in the south-west of China. At this parking lot, a previously unknown aircraft was noticed, and experts also used information that was obtained from open sources to create their model.

While in the Russian press they write about the Chinese hypersonic aircraft, the American media consider the Russian developments of hypersonic aircraft. In the summer of 2015, the edition of The Washington Free Beacon (WFB) reported on tests in Russia of a hypersonic aircraft. According to the sources of the publication, in February 2015, the U-71 unit was launched in near-earth orbit, where it was delivered by the Stiletto intercontinental ballistic missile (ICBM) SS-19. The rocket was launched from the position area of ​​the Dombarovsky unit of the Strategic Missile Forces, located in the Orenburg region. It is this combat unit that is said to receive up to 2025 of the year 24 units Yu-71, which are likely to become equipment for the new Russian Sarmat ICBM. 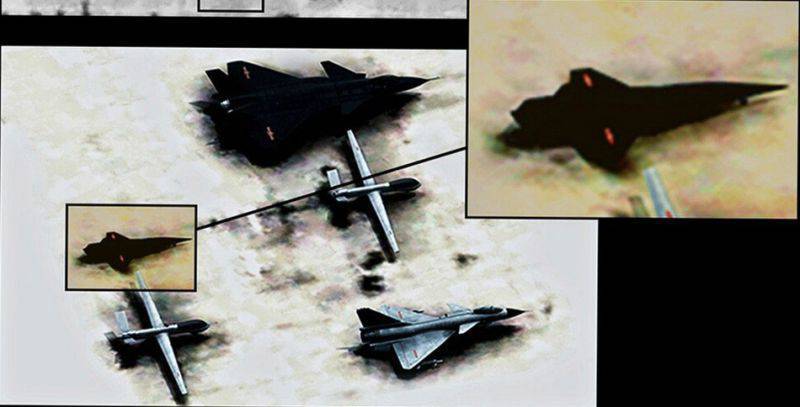 Analysts believe that the creation of an experimental hypersonic device is carried out in the framework of a top-secret program under the designation "4202", which was launched in the 2009 year. The aim of the program is to develop the latest strategic strike weapons, which will significantly increase the capabilities of the Strategic Missile Forces and become a kind of response to any missile defense system. It is reported that Yu-71 can carry both conventional and nuclear warheads. In this case, the trajectory of such a hypersonic device will be unpredictable, and the flight will take place at a speed of more than 11 thousands of km / h. At the same time, the device will be able to actively maneuver, which will make the possibility of its interception by elements of the air defense or missile defense systems impossible.

According to Jane's analysts, the U-71 unit was created at the end of the “zero” years, and the tests conducted in February of this year were the fourth for it. In their opinion, the first test launch of the device took place in December 2011 of the year, the second - in September 2013 of the year, the third - in 2014 of the year. These dates are explained by the authors of the publication by the presence of some documents that relate to the construction of new military facilities. According to the WFB publication, the Pentagon press secretary declined to comment on Jane's information somehow. At the same time, the Pentagon is attentively following the developments of Russia in this field, a retired US defense official told Mark Schneider.

Also, Jane's analysts do not exclude the possibility that in the future one of the U-71 variants could be adapted to create a promising strategic bomber - PAK DA. At the same time, The Washington Free Beacon notes that today hypersonic aircraft are being developed in China, as well as by several American organizations. According to experts, the greatest results in this area have been achieved precisely in the Celestial Empire, where experimental launches have been actively carried out since the 2014 year. 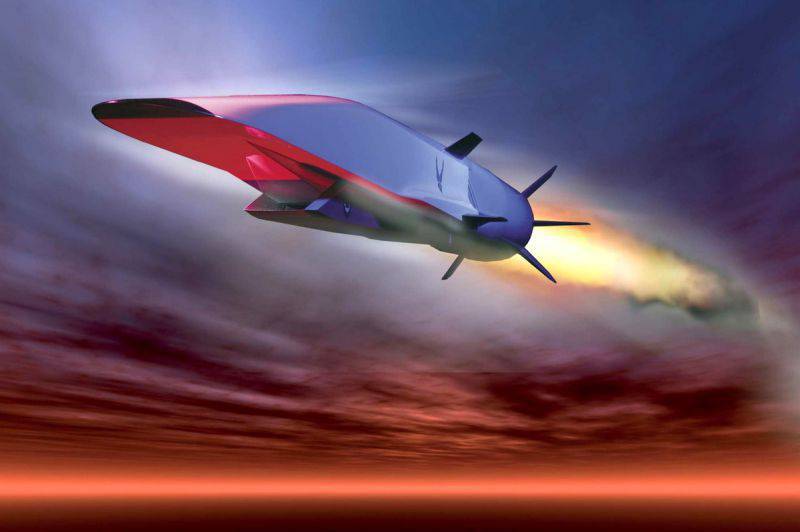 At the same time, Russian experts doubt the ability of China to create a full-fledged hypersonic aircraft. Viktor Murakhovsky, editor-in-chief of the Arsenal of Fatherland magazine and member of the expert council of the Board of the Military-Industrial Commission of the Russian Federation, does not believe in reports from the Chinese media about the testing of the fastest aircraft in the world today. According to him, speed in 5 Makhov today develop combat units of ICBMs, but they are uncontrollable. If we talk about controlled aircraft, so far all the existing experimental samples that Russia and the United States have are just demonstrators of technology. Whereas no one has the final finished product. The expert believes that it will still be quite a long time before such planes actually appear. It is necessary to solve the problem with the engines - ordinary turbojet aircraft engines will not accelerate the aircraft to such speed of flight - as well as with control systems and plating materials. Therefore, reports by the Chinese media about testing such an aircraft is a stuffing, the expert believes.

Oleg Panteleev, the head of the analytical service of the AviaPort information portal, also doubts that the PRC succeeded in creating a workable plane capable of traveling at hypersonic speed, and not a flying laboratory that can fly in this mode for no more than 1,5 seconds. According to him, it’s too early to talk about whether Beijing has a full-fledged combat system capable of flying at hypersonic speeds and solving combat missions at speed in 5 in the near future. At least, until recently, none of the states of the world managed to create such a system.

Although the Russians and Americans have been able to ensure the efficiency of a key element of such aircraft (engine) for several seconds of flight. However, this is clearly not enough to create a full-fledged combat systems. Moreover, with the current level of development of satellite reconnaissance technologies and relatively inexpensive and inconspicuous UAVs, the feasibility of developing such an expensive machine looks ambiguous, but the Chinese intelligence function is one of the possible ones for such an aircraft. 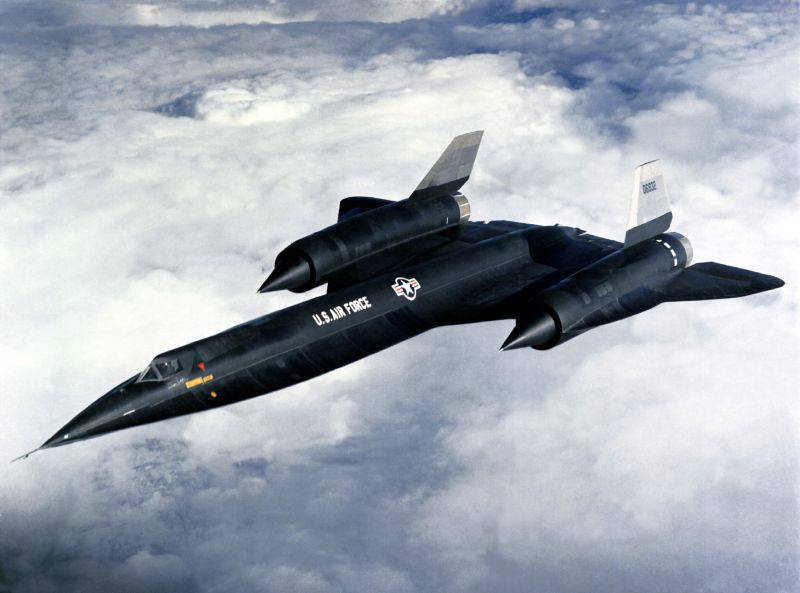 SR-71 Blackbird, one of the fastest aircraft in the world, speed 3,2M

In terms of creating a new reconnaissance aircraft, American developments seem more realistic. At the end of August 2015, information appeared that Lockheed Martin had begun to create an “invisible” reconnaissance aircraft that would replace the old U-2. The main difference between the new aircraft will be the use of stealth technology, which should make the aircraft inconspicuous for air defense radars. In this case, the aircraft is supposed to combine all the best that the U-2 aircraft has and the Global Hawk drone. According to the designs of designers such an aircraft could climb to a height of more than 23 km.

Oleg Panteleev noted that the American project of Lockheed Martin, which is working on replacing U-2, looks much more realistic than Chinese statements. Still, the US Air Force can afford in a particular region of the planet to use their manned equipment with absolute impunity. Since over the territory of countries over which reconnaissance flights are made, there is often simply no serious air defense system. In addition, most likely, we are talking about the development of an aircraft that can simultaneously fly with or without a pilot.