Is the attack of ISIS militants preventable?

October 30 2015
17
Today, electronic media are full of pictures of victories over ISIS in Syria. Only the lazy one does not write about the prospects of Bashar Assad in this war. On the actions of Russia. About the reaction of the West and the United States. And somehow vaguely passed the message on the meeting of the heads of the special services of the CIS countries in Moscow on October 28. Meanwhile, this meeting should be given more attention. 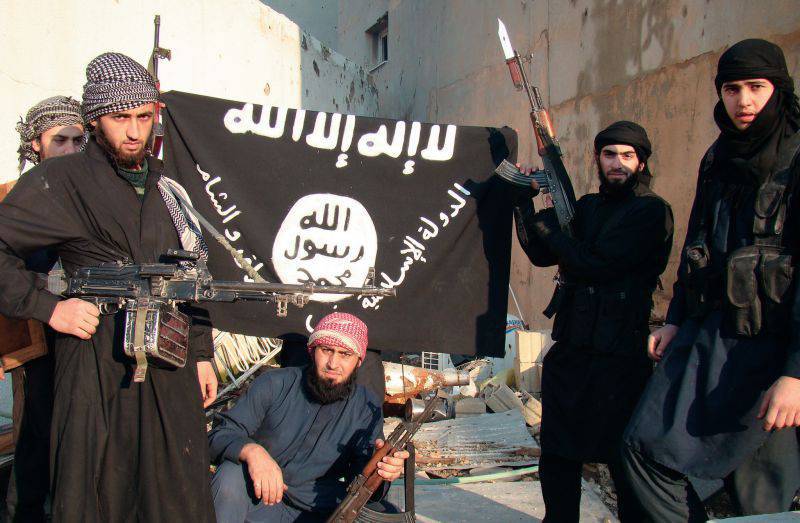 The specifics of the work of these services is largely closed to a simple man in the street. Just from time to time, there are messages about the prevention of terrorist acts, the destruction of the militants. Or vice versa. But security tasks cannot be solved without coordinating their actions with neighboring countries.

Against the background of the active phase of the offensive in Syria, more and more messages appear from various sources about the withdrawal of the most active and trained militants from the territory of this state. For the time being, southern Turkey and northern Africa have appeared. But everyone understands that the ten units (approximately 4000 people), which are based on immigrants from the CIS countries, are ultimately preparing to enter these countries. The prepared and ideological fighters are a great danger.

And if these militants can be ultimately calculated, then those whom they will actively recruit are more difficult. Remember the last arrest of the alleged victims of propaganda - Varvara Karaulova. As it turned out, this "victim" is an active recruiter, and it will take a long time to calculate her victims. These people are a fertile environment for the preparation of suicide bombers.

What should be created ideally? First, it is necessary to strengthen the borders of the CIS. It is the CIS, and not individual member countries of the Commonwealth. This is the only way to control entry and exit to the CIS.

The first talk about this began back in 1991 year. Almost since the inception of the Commonwealth. However, some leaders of countries, in particular, Ukraine and Tajikistan, actively opposed this. What's the matter? What is this reluctance based on?

First of all, on the personal ambitions of managers. After the collapse of the USSR, especially in Central Asia, there was a unique situation when it was possible to take one of the leading places in the region. The place of the USSR became vacant. Now there is a struggle between Karimov, Rakhmon and Nazarbayev. Not very noticeable, but tough enough.

The creation of a common border force will automatically nullify this struggle. It is clear that the resources of Russia, its military and economic potential, will make it Russia, the Russian border troops, the basis of the new border service. This means that all three leaders will have to forget about the ambitions of the leaders of the fate of the region.

However, it is necessary to remind about other members of the CIS. For which at the moment the problem of returning militants is not so acute. In particular, Armenia and Belarus. Would they risk their soldiers and officers? So far this topic has not been raised at the official level. But the question is quite scrupulous. Most likely, sadly, the leaders of these countries will also oppose the joint border.

Another aspect of the activities of special services in this direction is the cooperation of intelligence services. Often, terrorists are in other CIS countries, but are preparing sabotage, for example, in Russia. It seems to be no problems in this should be. But alas, they are. And quite serious.

The fact is that such information is particularly secret. And this secrecy is due to the presence of hidden sources. It is these sources that are the stop for cooperation. Calculate the information received place of receipt for professionals is not particularly difficult. So, there is a threat of losing the agent.

But the main thing, in my opinion, is the lack of a common concept of combating terrorists. Each country has its own opinion on this issue. This aspect intersects with the above. For example, Russia and Uzbekistan are working hard to curb the spread of the ideas of terrorists. But Uzbeks refuse to cooperate. This is motivated by the fact that work inside the country is the business of the special services of this particular country. There is some logic in this. In Uzbekistan, the appearance of Russian will be noticeable. And in Russia, the emergence of another Uzbek?

During the period of color revolution in Kyrgyzstan, many militants disappeared in Russia. And the special services of this country were forced to work with us in their own, rather closed, diasporas.

The economic condition of the country greatly influences the attitude towards terrorists. Where the economy is weak, they work hard. I have already mentioned Uzbekistan. Similarly, we can talk about Tajikistan. It is there that gangsters are tough. Any manifestation of terrorism is actively suppressed. But in rather rich Kazakhstan there is no such rigidity. Intelligence agencies take a fairly liberal position.

No wonder that Russian President Vladimir Putin found it necessary to personally speak at the Council of the Heads of Special Services of the CIS countries. According to him, “today nobody can fight effectively against organized crime, terrorism alone,” and “the threats around our countries are not becoming less, and perhaps these problems are aggravated.”

What conclusions can be drawn from what leaked to the media?

1. There is an urgent need to stop the unwanted struggle for leadership in the Central Asian region. Political ambitions have already led to active confrontation between the border guards of Uzbekistan and Kyrgyzstan, Uzbekistan and Tajikistan. These contradictions can easily take advantage of terrorists.

2. It is necessary to interact more closely within the framework of the CSTO and the SCO. Terrorists are already infiltrating our territory. I am now not only about Russia. This applies to all countries, members of the CIS.

3. Weak economical states need help. And above all to us, the Russians. Yes, it is expensive. But it is necessary, including for our security.

4. It is necessary to find such forms of informing each other, in which the solution of other tasks of the special services will not suffer. Without trust, there is no cooperation.

5. It is necessary to intensify the work of the special services along the line of anti-terror and counter-terrorism. Any form of assistance in these matters should be provided at the CIS level.

6. It is necessary to maintain the stability of the countries of the Central Asian region. Today, as the events of recent months show, the authorities of these countries are fully capable of preventing serious upheavals within countries.

7. The common border has already become a necessity. And it is time to transfer the talk about its creation into a real working plane.

Terrorism in Syria is retreating. But he is not defeated. He just goes to the usual field of activity. Active underground, sabotage, undermining the foundations of the state, fear of citizens.

Personally, I no longer want to see destroyed homes and blown-up buses. I do not want to see the tears of children and mothers. The earth must burn under the feet of these nonhumans. And this is a big deal for our special services. As one of the Soviet leaders said there, the goals are defined, the tasks are set. For the work, comrades! Better not tell.

Ctrl Enter
Noticed oshЫbku Highlight text and press. Ctrl + Enter
We are
Is there a future for the CIS? Anniversary Summit in BishkekSyria: Americans scare themselves, and Asma Asad buys chairs
Military Reviewin Yandex News
Military Reviewin Google News
17 comments
Information
Dear reader, to leave comments on the publication, you must to register.