October 29 2015
60
In Ukraine, a delegation of the US Armed Forces headed by General Mark Milli, chief of staff of the ground forces, is on an official visit, reports RIA News message of the Ukrainian military department. 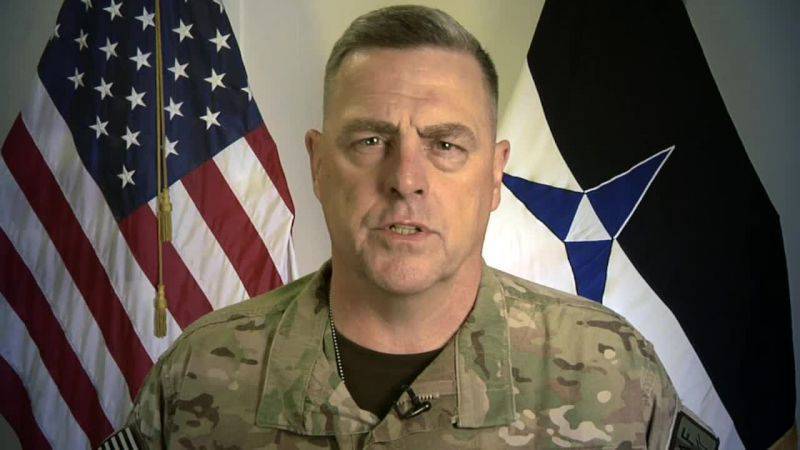 Also, "the parties discussed the current situation and forecasts regarding the conflict zone in the Donbass."

“Ukraine unswervingly fulfills the Minsk agreements and agreements reached during the Prague Summit of European leaders in the Normandy format,” Gennady Vorobiev, recently appointed to the position of Deputy Chief of the General Staff of the Armed Forces of Ukraine, reported to the US general.

Ctrl Enter
Noticed oshЫbku Highlight text and press. Ctrl + Enter
We are
The action “Military service under the contract is your choice!” In Rostov-on-Don: future contract servicemen, exhibitions and “Russian Knights”“Russian Spring” on the festival of colors in Kiev and bloodshed in the Donbas
Military Reviewin Yandex News
Military Reviewin Google News
60 comments
Information
Dear reader, to leave comments on the publication, you must sign in.