October 30 2015
17
Experts of the Valdai Club predicted a confrontation between two world poles: on the one hand, there will be states led by the United States, on the other, those who will join the group of China and Russia. A distinctive feature of the dark era is likely to be “hybrid wars”, the policy of mutual sanctions and the so-called transfer of territories. The topic of the current meeting of the international discussion club was not without purpose called “War and peace, people and the state, the threat of a big conflict in the 21st century”. 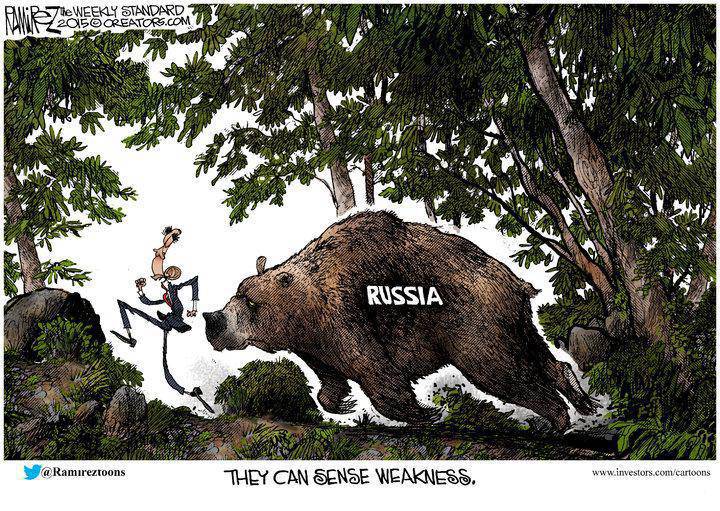 The participants of the meeting were offered the material “War and Peace of the 21st Century. For international stability, a new type of balance is needed ”, the authorship of which belongs to a team of Russian and foreign experts. The document was available RBC.

In the article “War and Peace of the XXI Century”, the authors note that “humanity was again at the turn, everyone understands that fundamental changes are coming, but no one is able to comprehend them or at least draw the contours of the future, everyone wants peace, but everyone he sees the way to him. ”

Among the global threats, the authors list the competition of major powers, provocations of medium and small states and cross-border challenges. To all of this, the world powers cannot give a weighted and coordinated response, since they are developing in different conditions. Moreover, new means of communication not only do not help them to hear each other, but "almost destroy the ability to correctly understand the interlocutor." As a result, states continue to play without rules, even diverging from interpretations of basic terms: "stability", "security", "progress" and "democracy."

The result of mutual misunderstanding is obvious to experts: the world is at a fork. What next? Revolutionary explosion? Or slow system changes? The authors see no predetermination of the revolutionary path. In their view, there are still chances for reform.

Key concepts of the document - transfer of territories and sanctions.

China, Russia and a number of states will compete with the West (the US, the EU and their allies). However, confrontation in the spirit of the Cold War is not to be expected. Probably, the possibility of free movement of people and the movement of goods and capital will remain in the new world. Nevertheless, both “groups” of states will continue to wage “hybrid struggle” from time to time.

The “big game” will cover the geographic “gray zone” (most of the countries of Latin America, Africa, South and Southeast Asia, and probably Eastern Europe). It will also be conducted in the information, technology and other areas. Due to territorial disputes, transfer of territories may be inevitable. Transfer or loss of territory can be compensated by maintaining economic openness.

Sanctions and counter sanctions in open or hidden form will be common practice.

Conflict will be limited by global nuclear deterrence.

As for the UN Security Council, its legitimacy will be questioned. Therefore, it is possible that informal platforms like G-20 will be considered by the world community as a political counterpart of the Security Council.

In such conditions, it will be natural for the Russian Federation to find a mutually beneficial compromise in conjunction with China, because the economic power of the Middle Kingdom is harmoniously combined with the military power of Russia. Both Russia and China are interested in regional security and political stability.

At a meeting of the Valdai Discussion Club, the President of Russia answered questions from Russian and foreign political scientists. In the context of the “big game” and “hybrid wars”, some of the answers of Vladimir Putin to guests from abroad are very interesting.

Andrei Tsygankov, a professor at the University of San Francisco, asked the Russian president the following question: “The conflict between the values ​​of Russia and the United States is growing. What is the problem?"

"If you look at the reasoning of our thinkers, philosophers, representatives of classical Russian literature, they see the reasons for the differences between Russia and the West in a broad sense in the difference of worldviews," Putin’s response is "Arguments and Facts". - And in part they are right. The basis of the Russian - the idea of ​​good and evil, of higher powers, the divine principle. At the heart of the western - I don’t want it to sound somehow embarrassing, but still - interest, pragmatics ... "

V. Putin explained: when the US policy "is based on some kind of messianism and exclusivity," Russia "finds it difficult to conduct a dialogue in this format, because it is a departure from our common traditional values, which are based, of course, on the equality of all people before the Creator ". Nevertheless, all this “does not mean that we cannot, or should not, look for points of contact in such a frame of reference.” The President of Russia said: “We will do it. They would very much expect that the partners are ready for such work. ”

“What is the place of Russia in the future world?” Will there be three stars of the first magnitude - is it Russia, the USA and China? Two groups of countries - is the West and not the West? Russia will take the first place, but in the second row, and only the USA and China will be in the first row? ”Such a complex, almost futuristic, question asked Russian President Sheng Shiliang from the Chinese Xinhua news agency.

“In the modern world,” said President Putin, “the role and importance of any state in the world will depend on the level of development of the economy of a country. It depends on how modern this economy is, aspiring to the future, how much it is based on the newest technologies ... I think that Russia has every chance of being one of the leaders, bearing in mind the high level of education of the population and the high level of development of basic science. Problems have always been and always will be, just like in other countries. But we pay more and more attention to giving a new impetus to the development of these key areas. If we bear in mind these circumstances and absolutely natural competitive advantages, then Russia will certainly play a significant role. ”

One of the indicators of the divergence of the positions of the “two groups”, we add from ourselves, were the opinions of Russian analysts on the position of the US and the EU, who “did not learn the lessons”, on Valdai.

“According to the panelists, the US and the EU have not learned the main lesson from recent events in the Middle East: destruction, the violent overthrow of the regime leads to the destruction of the state, followed by chaos, anarchy and strengthening of such organizations as Islamic State and Al -Kaid ", opposed to modern civilizational norms. The Arab Spring did not bring democracy and development to the states of the Middle East. However, even taking into account all these lessons, Western countries do not change their approach to the region ", - quotes RIA News" organizers of the event, following the results of discussions.

The experts also noted that "the fall of the state in Syria under the blows of the IG will be a catastrophe for the entire region, religious extremism will begin to spread even more rapidly throughout the world."

“The threat of a big conflict in the 21st century,” we add, can become a reality if humanity continues to prefer “hybrid wars” and “messianism and exclusivity” to peace and fraternity. American attempts to dictate from the position of “I am always right” have already led to the nightmares of the war in Iraq, then to the horrors of the “Arab spring”, the destruction of most of Syria, the emergence of an army of fanatical bearded Islamic State and millions of refugees rushing to Turkey and Europe. Relative calm on the globe is possible only in one case, there are no options for it: the United States refuses its moralizing and claims for the role of "messiah". In all other cases, the world will continue to slide into the abyss of total confrontation, where everyone will be enemies of all and where allies can only be temporary.

Observed and commented on Oleg Chuvakin
- especially for topwar.ru
Ctrl Enter
Noticed oshЫbku Highlight text and press. Ctrl + Enter
We are
Results of the week. "This is" WFW "- not without reason!"Results of the week. “Russians, surrender, we are a horde!” - “And us - army!”
Military Reviewin Yandex News
Military Reviewin Google News
17 comments
Information
Dear reader, to leave comments on the publication, you must to register.