In the Black Sea, tests of life-saving apparatuses "ARS-600" were completed.

October 29 2015
12
In the Black Sea, the tests of 2's autonomous underwater rescue vehicles ARS-600, built in the interests of the Navy, have been completed. RIA News message of the Ministry of Defense of the Russian Federation. 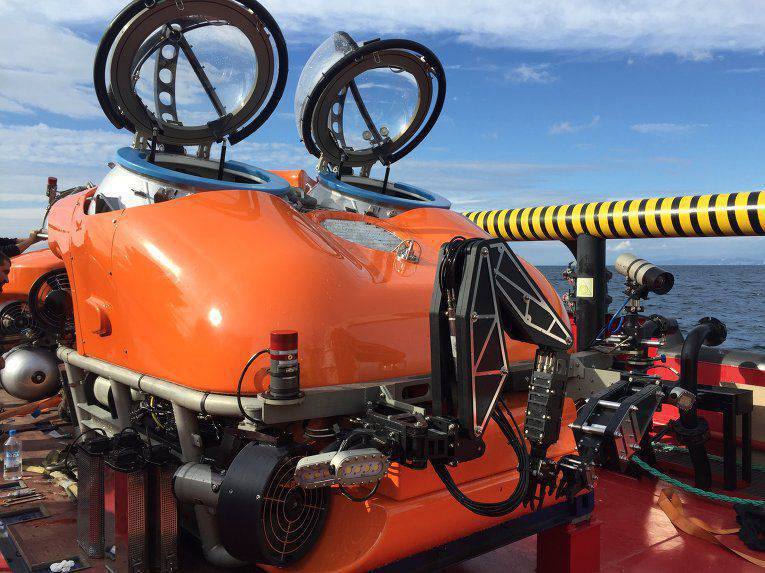 "Testing of the newest autonomous manned underwater search and rescue vehicles" ARS-600 "passed from the board of the newest rescue tugboat" Nikolay Muru ", which has precise positioning capabilities over an emergency or sunken object, which is at a depth," the press service of the captain 1 quotes rank Damira Shaikhutdinova.

The officer noted that "the tests confirmed the technical characteristics of the" ARS-600 ", allowing for the search and inspection of sunken and emergency facilities at great depths."

According to him, "the possibility of installing additional mounted search and rescue equipment on the ARS-600 vehicles to perform complex work on assisting emergency submarines was also checked."

According to the press service, the vehicles "will go into service with the Search and Rescue Service of the Russian Navy until the end of November."