There are no Chinese interests in Syria

October 29 2015
45
In strategic terms, the Chinese are not interested in Syria. The main interests of China are concentrated in the Asia-Pacific region. Beijing is not going to send troops to support Russia's military operation in Syria, but it boldly responds to Washington, advising to refrain from "rash actions" in the South China Sea. 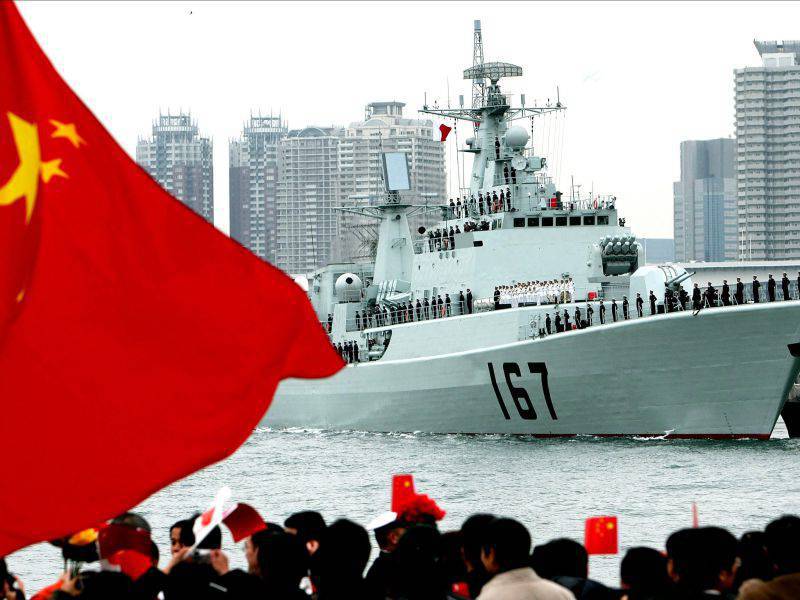 As reported on October 27 RIA News", Chinese Foreign Minister Wang Yi, commenting on the information about sending the US destroyer to the shores of the disputed islands of Nansha (Spratly) in the South China Sea, called on Washington to refrain from "rash actions."

“We are now checking relevant information, if this is true, then we urge the American side to think carefully about their upcoming steps, not to take rash actions and not to create an incident from scratch,” said the Chinese minister.

On the same day, it became known that the American destroyer Lassen was patrolling the 12-mile zone of artificial islands built by China in the Spratly archipelago in the South China Sea. This was reported by the radio "Satellite".

Military expert Boris Podoprigora considers sending an American ship to the South China Sea an element of the US propaganda strategy: “In principle, Americans have always conducted similar actions under the guise of routine patrols. In fact, it is above all an element of the US foreign-propaganda strategy, which is called the “display of flags”. This is necessary in order not to forget. For the US, this is a common routine element of their foreign policy activities. ”

The expert believes that such actions are unlikely to provoke a conflict.

According to the Chinese Foreign Ministry, writes RIA News", the Chinese side "tracked down, pursued and made a warning" to the American destroyer.

“The Chinese side tracked down, pursued and made a warning to the American ship. And we reserve the right to take further action, ”said Foreign Ministry spokesman Lu Kahn at the briefing.

But how far can China go in its actions? Lu Kahn declined to comment on the topic of military power: "I do not want to make comments on such hypothetical questions."

But China has no ambiguities with Syria. None If the islands in the sea are interested in China, and Beijing says to Washington: “Do not indulge” (although there is no fight, as we predicted at “VO”), then the Syria of the Celestial is not needed. Peking is not planning to help Russians there.

В "The Hindu" recently published an article by Atula Anedzhi. Her author refers to a recent commentary on the website of the Ministry of Defense of China. There it says, the journalist notes that the main interests of Beijing are concentrated in the Asia-Pacific region, and not in Western Asia.

Celestial prefers to focus on the Asia-Pacific region. As for Syria, the Chinese are afraid to get bogged down in a conflict that flares up far from Chinese borders.

In a fairly frank article posted on the website of the Chinese Ministry of Defense, there are four main factors that serve as an obstacle to sending Chinese troops to support Russia, which is at war with terrorists in Syria.

“All the wars that the troops of the People’s Republic of China have waged over the past 60 over the years,” the site reports, “took place on the border or in neighboring countries. The Middle East is so remote from China that most Chinese do not believe that these territories have any direct relation to the fundamental interests of China. The author of the material refers to an unnamed "scientists."

Any dispatch of troops to Syria will create a “comprehensive challenge” to China’s security.

The commentary also makes it clear that Chinese troops will not take part in the war in Western Asia. The fight against the militants of the "Islamic State" without the sanction of the UN Security Council for China is unacceptable.

It is noted that the United States was the first to launch strikes against the grouping, and now Russia is also delivering strikes. The relevant decisions were taken by these two states. It is unlikely that China will participate in the war in the Middle East without UN permission, the commentary says.

Finally, China has some military restrictions, in particular, the PRC has no military bases abroad. Fears of being stuck in a remote conflict are an important factor, which is a definite obstacle to the deployment of the People’s Liberation Army (PLA) in Syria. Troops are easy to send there, but it will take a “huge” support system to get them out of there.

In this regard, the following is noted: in order to play a leading or at least a supporting role in military intervention, a systematic replenishment of the resource base is required, and China, “if we must be frank,” is not capable of that. He also lacks allies in the region, he does not have a military base there, but such bases are “indispensable” for conducting long-range military interventions.

And why is China distant Syria? The PRC is not the cause of the situation in Syria, and therefore Beijing has no reason to participate in the conflict there, the commentary notes.

The author of The Hindu also reports that a representative of the Ministry of Foreign Affairs of China has already rejected the suggestion that the Chinese aircraft carrier Liaoning was allegedly sent to the region in order to support Russian military operations in Syria.

The latter is quite official information, add from myself. Two weeks ago, the major Russian media reported on the statement by the representative of the Ministry of Foreign Affairs of the PRC, Hua Chunying. She denied reports of some publications about China’s intentions to send Liaoning to the shores of Syria.

“We paid attention to the fact that lately there have been a lot of rumors and reports about China’s involvement (in the situation) in Syria. According to my data, there are no such plans. For example, the aircraft carrier "Liaoning" is still used for scientific purposes ", - quotes Hua Chunying RIA News".

The only thing that China is doing as a strategic partner of Russia is, in words, supporting the operation of Moscow in Syria. The other day, the Chinese state publication China Daily, which at the international level voiced the official position of Beijing, spoke in support of the Russian military operation in Syria. This was reported by the magazine "Expert".

The China Daily notes that Moscow’s participation in the fight against ISIS can make a significant contribution to international efforts to combat terrorism in the Middle East. The publication believes that military intervention by Moscow is a reasonable strategic step against the background of the ineffectiveness of the US maneuvers in the region over the past few years.

The conclusion is very simple: China will pursue a certain strategy in the zone of artificial islands in the South China Sea and will not intervene in conflicts, participation in which does not promise Beijing any benefits and is dangerous.

Observed and commented on Oleg Chuvakin
- especially for topwar.ru
Ctrl Enter
Noticed oshЫbku Highlight text and press. Ctrl + Enter
We are
Pacific Front: Conflict in the South China Sea and the Korean PeninsulaThe US is ready to intervene in the conflict between China and Vietnam. And Japan is ready to fight abroad
Military Reviewin Yandex News
Military Reviewin Google News
45 comments
Information
Dear reader, to leave comments on the publication, you must to register.