In Dagestan, the militants who bombarded police officers

October 28 2015
10
The National Anti-Terrorism Committee distributed information about the liquidation of four militants in one of the districts of the Republic of Dagestan. RIA News cites the statement of the representative of the NAC RF:

Employees (bodies) of the Interior attempted to stop the car VAZ-2107, moving without license plates. In response to legitimate demands to stop, the persons inside the car opened fire from an automatic weapons by law enforcement officers.

It is reported that police officers opened fire to kill. There was an explosion, as a result of which the car burned out completely. No one survived from the militants inside the car. The NAC speaks about the absence of casualties among the personnel of the Dagestan police.

24 October NAC press service spread the message that the police and special services in the village of Gimry (Dagestan) had neutralized a gang led by the wanted fighter Abdula Nustafayev 1979, born. 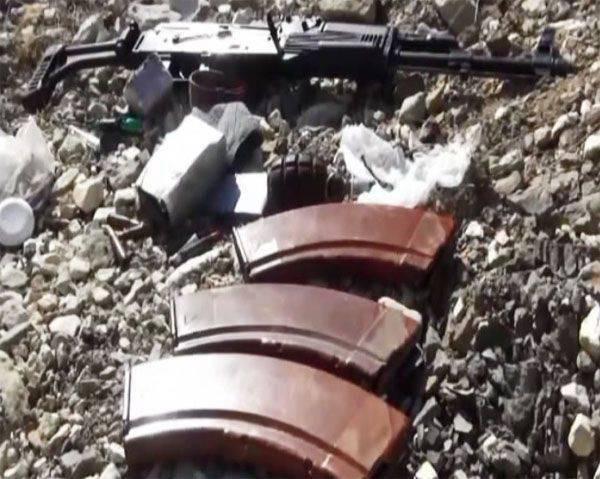 Nustafayev five years ago participated in the bombing of the Irganai hydropower station, and already in the 2015 year, according to the intelligence services, he swore allegiance to an ISIL terrorist group.

Ctrl Enter
Noticed oshЫbku Highlight text and press. Ctrl + Enter
We are
The action “Military service under the contract is your choice!” In Rostov-on-Don: future contract servicemen, exhibitions and “Russian Knights”Results of anti-terrorist work on Dagestan in April 2014
Military Reviewin Yandex News
Military Reviewin Google News
10 comments
Information
Dear reader, to leave comments on the publication, you must to register.