October 29 2015
41
The growth of average annual temperatures and the increase in extreme climatic conditions may lead to the Gulf countries becoming unsuitable for life by the beginning of 2070. Such a gloomy forecast was given by American experts. Many large cities and a number of areas will become uninhabitable. A climate catastrophe will occur if the UN member states do not agree at the Paris Climate Conference on reducing greenhouse gas emissions. 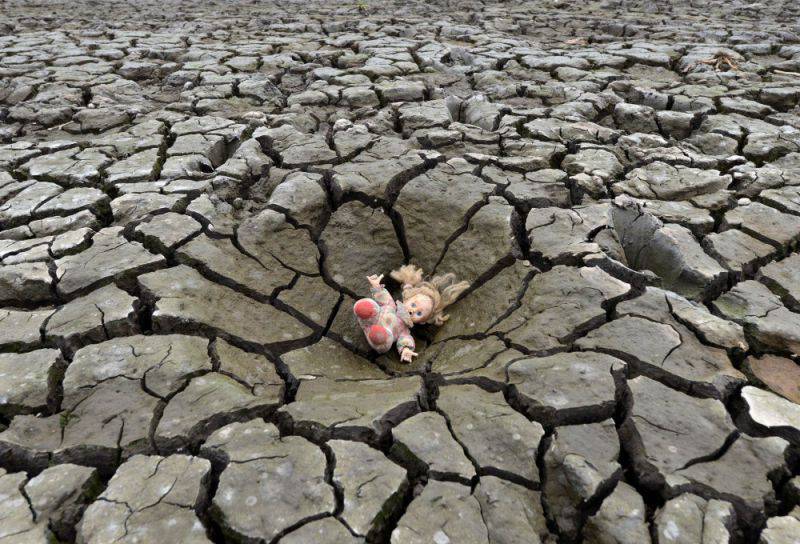 The study was conducted by two scientists from the United States: Elfatih Eltahir from the Massachusetts Institute of Technology and Jeremy Pal from Loyola University, Los Angeles. The results of the study were published in a scientific journal. "Nature Climate Change".

In the introductory part of the article, the authors indicate that the human body is able to adapt to temperature changes according to the so-called. dry thermometer (normal temperature on thermometers) through the release of sweat and cooling associated with the evaporation of moisture, but only under the condition that the temperature is so-called. wet thermometer (more complex, combined temperature and humidity) remains below the threshold value 35 degrees Celsius. The specified threshold defines the “survival limit” of a person, the authors write.

Based on the construction of regional climate models, scientists predict that the temperature on a wet thermometer in the Persian Gulf region is likely to exceed this critical threshold due to excessive concentrations of greenhouse gases.

In fact, the research results indicate a new regional “hot spot” where climate change will occur. And it will seriously affect the habitability of the territories in the future.

When will this happen? Scientists believe that the disappointing forecast may come true by the year of 2070. This year, the growth of average annual temperatures and air humidity along with extreme climatic phenomena will make the states of the Persian Gulf unsuitable for life.

Climatologists point to an increase in greenhouse gas emissions. According to them, if humanity continues to emit the same amount of greenhouse gases as it is now, towards the end of the century the countries of the Persian Gulf will “pass” beyond the critical point. Their territories will be unfit for human life. It is not only in gases, but also in humidity. A unique combination of high humidity (bay water) and high temperature takes place in these areas. The Persian Gulf is shallow, and its waters will quickly evaporate under the hot sun. As a result, the humidity will rise to a maximum.

The so-called wet thermometer temperature is made up of a combination of ambient temperature and humidity. Achieving a critical threshold leads to the fact that a living object can not cool itself by evaporation of moisture from the skin. And if such a temperature rises beyond 35 degrees, then a person is waiting for overheating and sunstroke. Probable and death.

The study of Eltahir and his colleagues, Pal, clearly demonstrated that the states of the Persian Gulf would come to a critical point of the "sunstroke" in more than fifty years. Only one thing can help: in December 2015, representatives of the UN member countries will meet at the Paris Climate Conference, where greenhouse gas emissions will be discussed.

If the world powers fail to come to terms with the UN, many of the Persian Gulf territories will eventually become uninhabitable. Among those scientists call the major cities (Doha, Dubai, Abu Dhabi and others). In these areas, the temperature of the wet thermometer will exceed 35 degrees Celsius.

Other local areas are already experiencing the difficulties of a “wet thermometer”. In the middle of summer, in July, daytime temperatures in some cities of Iran and Iraq rose above 48 and even 50 degrees. At night, it was 30 degrees, which is dangerously close to the life-threatening mark in 34,6 degrees Celsius "wet thermometer."

How can helping people reduce greenhouse gas emissions? Very simple: if emissions can be reduced, the growth of global temperatures will be able to be sustained by mankind, and the temperature level in the countries of the Persian Gulf will remain about the same as today.

After half a century, another event can also occur, also related to climate, we add from ourselves. By this time, Alaska can free itself from permafrost.

Methane, which will be released by thawing frozen soils, will aggravate global warming, said Alexander Samsonov. “Alaska and the entire permafrost zone (and more in Russia than in North America) are in a state where a slight increase in temperature can cause a self-sustaining process that is difficult to stop,” the expert said. - Therefore, there is something to fear. In permafrost areas there are deposits of methane hydrates. Methane - a greenhouse gas, it leads to the greenhouse effect. In this sense, it is more efficient than carbon dioxide. Found back in the 60-ies of the last century, deposits of methane hydrates may begin to be released. Permafrost is a very powerful stock of primarily pure ice. Melting ice causes self-consistent warming, it is local, but then global will occur. ”

The liberation of Alaska from permafrost, according to the expert, will be a global catastrophe: “If Alaska becomes free from permafrost, then this can be considered a synonym for global catastrophe. Because such amount of ice, turning into water, will cause an overflow of the seas and oceans in the same way as the melting of the ice cap of Greenland, and this is already calculated - the sea level will rise by two meters, that is, all coastal cities will be flooded, it will be a cataclysm. ” According to the scientist, the northern taiga, located south of the Arctic Circle, will also disappear.

According to Samsonov, one should not allow the exit from the control of global warming. Therefore, relevant issues will be discussed at the UN climate change conference in Paris.

Thus, we note in conclusion that the future of mankind depends on the outcome of the December meeting in Paris. And first of all - the countries of the Persian Gulf.

Observed and commented on Oleg Chuvakin
- especially for topwar.ru
Ctrl Enter
Noticed oshЫbku Highlight text and press. Ctrl + Enter
We are
Results of the week. "The truth is easy and pleasant to say ...""Non-Arab Emirates": migrants in the Gulf countries
Military Reviewin Yandex News
Military Reviewin Google News
41 comment
Information
Dear reader, to leave comments on the publication, you must to register.