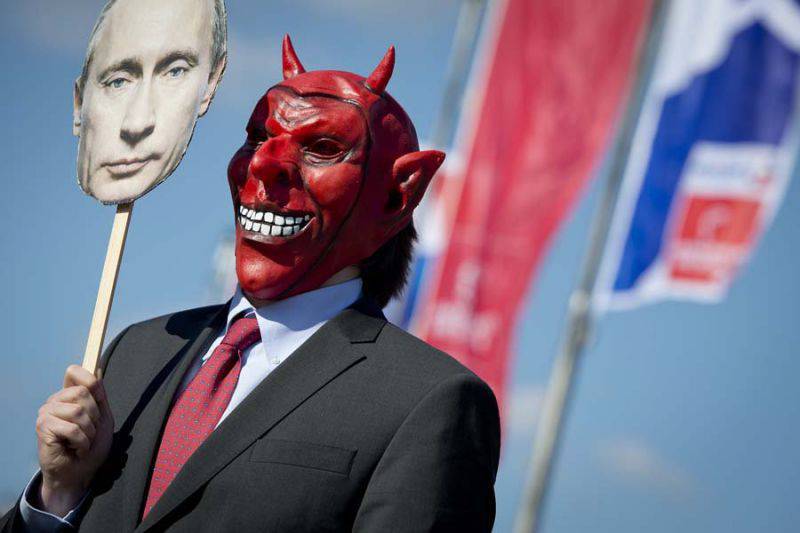 During the Cold War, Moscow was demonized completely deservedly. The country carried out severe repression. The military went out of control; the number of people they killed in Afghanistan could rival the number of American casualties in Vietnam.

Soviet intelligence agencies also worked havoc. I spent two years in Moscow, trying to learn the language and learn the people. It all ended with the fact that people from the KGB with harsh faces began to persecute me constantly, and also to persecute those who tried to help me. And it was during the Khrushchev thaw in the early 1960-x.

But there were other times when Moscow deserved understanding. Even in Afghanistan, she tried to create something more progressive than the confusion that we are seeing today. Inside the country there was a sincere desire to preserve the culture and languages ​​of all the peoples of the USSR, and not just Russian. The “evil empire” that existed in the imagination of American President Ronald Reagan was not as evil as he tried to imagine. At least, she was able to produce such a leader as Mikhail Gorbachev. At the same time, the best that our supposedly more sophisticated West could have brought to life - well, yes, the notorious Reagan.

Today it is clear that demonization has gone too far. The efforts to get closer to the West after 1991 were uncommon, and this is acknowledged by everyone who knows what happened in Russia before. Vladimir Putin with his KGB past is not Gorbachev. But an invitation to the Group of Seven industrialized countries meant a great deal to the Russians. Russia was finally recognized as a West-oriented country, as it always wanted to be.

Today, all this turned out to be thrown into landfill due to the senseless attempts to demonize Moscow because of the civil war in Ukraine and the seizure of the Crimea. From the very beginning, Putin clearly stated that Russia does not need a territory, that it simply supports the desire of the Russian-speaking population in eastern Ukraine for autonomy - a desire generated by inefficiency and then the collapse of the central government in Kiev, as well as stupid attempts to ban the use of Russian . Putin rejected the statements of critics who said that Moscow seeks to annex the Russians in the historical aspect of the territory. His actions can also be justified by the recently adopted Western concept called “The duty to protect” - the duty to protect nations that are suppressed by the superior forces of the central authority.

But for some strange reason, these steps presented the Russian aggression and depriving Ukraine of sovereignty. The allegations of Russian aggression continue, although all parties accepted the Minsk Agreement in February, according to which Ukraine and Russia agreed to a ceasefire and to “local self-government, in particular, in the districts of Donetsk and Luhansk.” Ukrainian sovereignty and some management rights were approved there. Moreover, the separatist "self-governing" area is much smaller than what they demanded at first. The law approving this agreement has already been submitted to the Ukrainian parliament despite the vehement protests of abominable pro-Nazi and anti-Semitic groups that are struggling to continue the fighting in eastern Ukraine, and whose brutal actions have already forced one million Russian-speaking people to flee to Russia. Otherwise, it is not called vengeful ethnic cleansing.

But all that Moscow received for its significant concessions in Minsk and for accepting refugees was the continuation of sanctions and increased military pressure from NATO. And this is despite the participation in the Minsk talks of two leading members of NATO, such as Germany and France, who approved the agreements currently being implemented. NATO once considered it appropriate to bomb Belgrade in order to force it to relinquish its power over Kosovo. And Moscow today is condemned for much more modest actions.

Although the situation in Ukraine is normalizing, sanctions against Moscow persist, and NATO is still spewing flames of anger. Perhaps this is due to the seizure of the Crimea. If so, I suggest that the people involved in this visit the Crimean peninsula.

Historically, he was always Russian (remember the Crimean War?). And he remains Russian. I made two trips there, one of them recently, and for all the time I have not heard a word in Ukrainian in Crimea. Moscow gave Crimea to Ukraine in 1954, because it was more convenient for the Soviet Union. She did this despite the problems associated with preserving the Soviet fleet in the Sevastopol. When the Soviet Union collapsed in 1991, Crimea should automatically be returned to Russia. His capture in 2014 during the turmoil in Kiev was inevitable. And the population of the peninsula overwhelmingly welcomed these actions.

As for another excuse for increasing NATO pressure, ostensibly as a response to Russia's aggressive pressure against the three Baltic countries: does anyone in NATO know about serious language and other discrimination against Russian-speaking minorities that remained there after the collapse of the Soviet Union in 1991? The information provided by Moscow about the facts of discrimination is completely ignored there. If Russian dissatisfaction on this occasion is called aggression, then we need a new definition of this concept.

The illogic of Western anti-Russian actions can in part be explained by the deep-rooted fears of the Cold War and NATO expansionism. The second factor is ignorance. Those people who accuse Moscow of trying to suppress the Crimean Tatar language on the peninsula, just turn on the TV in the Crimea to see how there are daily programs to teach this language. How many people in NATO really understand what is happening in the Baltic States and in the Crimea?

But Moscow is also partly to blame. The fact that she fiercely denied any involvement of the pro-Russian separatists in the destruction of the Malaysian airline plane MH17 helped to shape the public opinion of the West in the anti-Russian vein. In August, I spoke with a high-ranking and very erudite specialist at the Russian Ministry of Foreign Affairs, and this woman, with genuine sincerity, tried to convince me of the correctness of the accusations against Ukraine. Yes, the holes in the fuselage, similar to the bullet, to a certain extent confirm what she and many other responsible persons said. But now Moscow admits that the plane was shot down by a rocket. She should not have spent our time on detailed theories and radar scans indicating that Ukrainian fighters are responsible for what happened.

Author:
Gregory Clark is a former Australian diplomat, president of the Tamm University of the Arts. He recently made a study trip to Moscow at the invitation of the Russian authorities.
Originator:
http://www.japantimes.co.jp/opinion/2015/10/26/commentary/world-commentary/russia-unfairly-demonized/#.VjByDG6_PGj